When Vancouverites Jordon Miller and Amy Huang started cargo bike shopping in the summer of 2014, they never imagined they would end up building an entire business around them. Frustrated by the lack of interest and response from local retailers and distributors, Miller – who works for a non-profit in the Downtown Eastside – and Huang – a social worker – began exchanging emails with Hans Fogh of Copenhagen’s Larry vs. Harry, the creators of the iconic Bullitt freight bicycle.

“We were in the process of purchasing a bike directly from Hans,” recalls Miller, “And ended one of my emails with an offhanded comment about becoming a Bullitt dealer.” To his surprise, Fogh responded warmly, and within weeks, Jordon and Amy had signed a two-year contract to become the exclusive distributor for British Columbia. 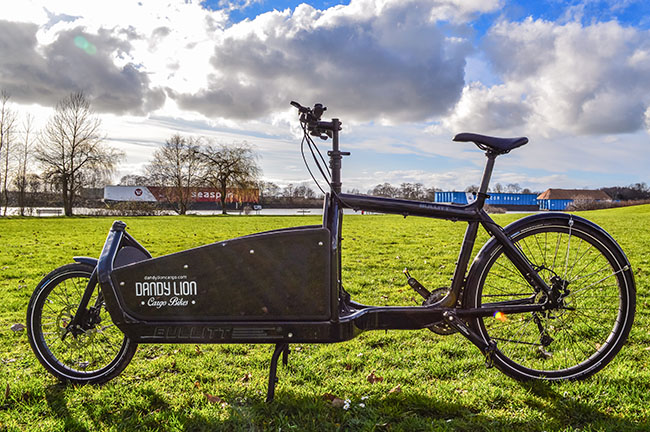 After that, it was a matter of putting together a business plan with the help of the Futurpreneur program, a national organization designed to provide business coaching, resources, mentoring, and start-up financing for entrepreneurs between the ages of 18 and 39.

“We are seeing more and more cargo bikes on the streets of Vancouver,” explains Miller, “Which are the result of increasingly favourable conditions. But very few, if any, bike shops appear willing and able to service this growing market.” And so, Dandy Lion Cargo – Vancouver’s very first dedicated cargo bike retailer – was born. 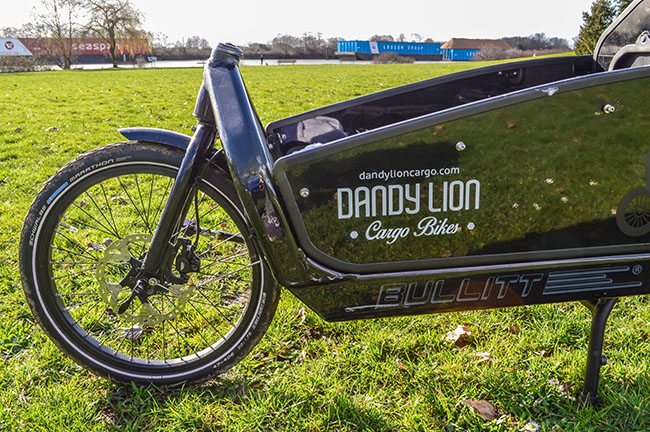 When asked how the first few months of business have gone, Miller can hardly keep the smile from his face: “We just closed a sale on our second bike this morning, and continue to provide a variety of accessories to local Bullitt users,” he says proudly. “Most importantly, we’ve offered test-drives to dozens of curious families, introducing them first-hand to the world of cargo bikes.”

These are test-drives that Vancouver families simply couldn’t experience until now; where previously, purchasing a cargo bike involved looking at photos on various websites, an online transaction, and a giant leap of faith. Providing this service has – without a doubt – been the most rewarding part of the process for these two aspiring entrepreneurs. 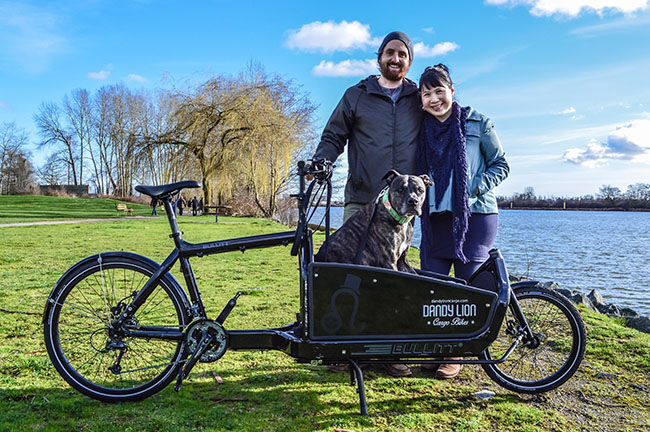 “We often have a family arrive for a test-drive, and you’ll watch them struggle with the long wheelbase at first,” recalls Miller. “But after 10 or 15 minutes, they get used to the unique way it handles, and everyone starts having a blast.” Whether they end up purchasing the bike or not, that family leaves changed, having experienced its potential to transform their lives for the better.

“It definitely feels like a ‘win’ when someone comes for a test ride,” says Miller. “Even if they don’t buy it, that’s another person who’s had a cargo bike experience.” 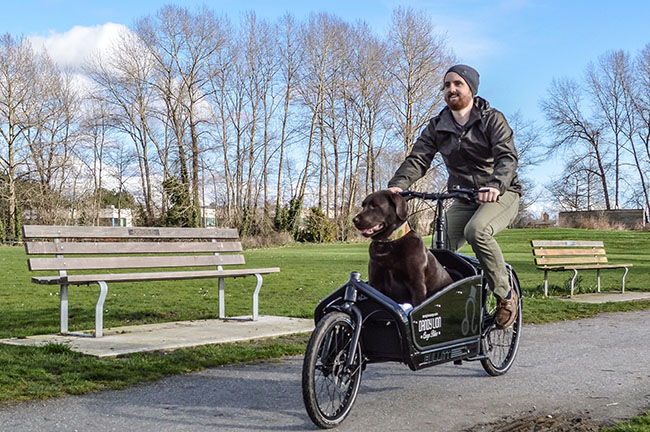 Rather than focus on the bottom line, this coming year will simply be about raising the profile of cargo bikes locally – with a focus on the Bullitt brand – through a variety of initiatives. In addition to being quite active on social media, as well as the local chapter of HUB Cycling, the pair plans to offer test-drives at the Vancouver Bike Show in February, as well secure a booth at June’s annual Car Free Day Festival.

From there, the sky truly is the limit, but Miller and Huang will try to avoid looking too far down the line. For now, they’ll continue to work full-time jobs, and spend their evenings and weekends sharing their passion for cargo bikes. But if Dandy Lion fulfills its true potential, a retail storefront could eventually be in the cards. “We believe cargo bikes will play a central role in this city’s transportation future,” says Miller, “We’re excited to play a part in that evolution.”

Find Dandy Lion Cargo at 1793 West 61st Avenue in Vancouver. Test drives are by appointment only, and can be scheduled by calling 604-355-1898 or emailing [email protected].