“It was packed, it was sweaty, and everyone stayed all night and everyone wanted more at the end of it,” Lisa Jelliffe, one half of deejay collective Fleetmac Wood, laughs, reminiscing of the group’s first party in an East London basement.

Things have grown greatly for the group since that sticky night in 2012 and now Jelliffe (Roxanne Roll), with her husband, Alex Oxley (Mister Sushi), bring their magical parties to sold-out crowds at Glastonbury, Burning Man, and nightclubs all over the world.

Completely dedicated to spinning re-edits and original tracks of Fleetwood Mac, Fleetmac Wood was born out of Jelliffe’s idea to create a Fleetwood Mac-only event. A longtime lover of the iconic band (“I listened to Fleetwood Mac growing up and have memories of listening to Tango in the Night on cassette in my Mum’s car,” she says), Jelliffe often included them in her deejay sets and found the response always positive.

“I had this idea, ‘wouldn’t it be great, a whole night dedicated to it,’” she explains. “But I wanted it to be more of an experience. At that point in time, there was a lot of interesting, vintage re-edits on SoundCloud and sort of a re-edit, re-mix community that was happening. So combining the all-night long Fleetwood Mac experience with a vintage, re-edit project [was what] came together.”

The rest, as they say, is history. Over the next three years, Jelliffe and Oxley created more mixes, collected more edits, and added visual elements to their parties to curate an experience that encouraged guests to dress up, dance, and totally lose themselves in the moment. 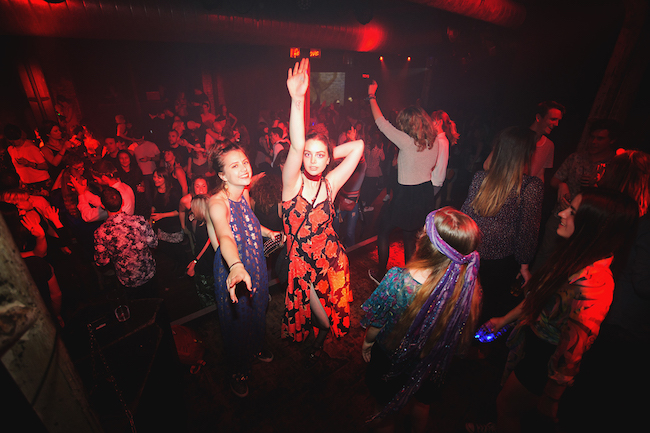 “People have really strong emotional connections to the music,” Jelliffe says. “And it’s just great when we do a party, and we see people connecting, and just having an incredible dance and an incredible release. I think the world needs more of that.”

But, she insists, it’s not only about overdosing on The Mac: it’s about going on a journey. Fleetmac Wood’s sets can last anywhere between four to six hours — lengthy indeed, but they’re ones that are held together by good flow, intelligent arrangements, and tracks that honour the many eras and members of Fleetwood Mac.

“Before Stevie [Nicks] and Lindsey [Buckingham], there were many other people who were in the band — Peter Green, Bob Welch,” Jelliffe says. “It’s great to add to people’s experience and allow them to explore and discover more of Fleetwood Mac. We’re still finding tracks that we love going through that back catalogue. And you’ve also got all the solo projects, as well, to delve into. It’s a constant source of amusement, entertainment, discovery. There’s just so much there.”

Fleetmac Wood, more than anything, is a celebration of Fleetwood Mac. Their playlist has a no-cover policy because, to them, there’s no need. Jelliffe and Oxley’s respect for the band is also reflected in the way they approach crafting their re-mixes. One of “Rhiannon,” in particular, incorporates the actual original demo recording. 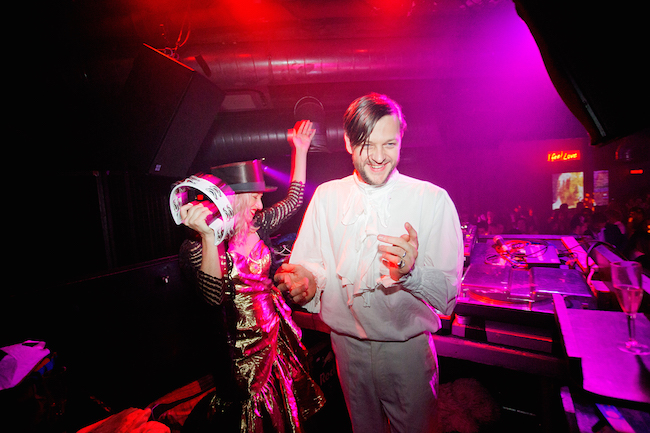 “[It’s] Stevie Nicks on piano; kind of a really early take of her original inspiration for it,” Jelliffe explains. “So I started with that, and then added my own music production to that. And that was inspired by something that she said at the beginning of the track. She said, ‘we need to go to a park and record the sounds of birds rising.’ So I used that as an inspiration point and started to add sort of more mystical, ethereal soundscape.”

Fleetmac Wood has a busy summer lined up with sets booked for Secret Garden Party, Burning Man, and their Canadian debut in Vancouver on Saturday, July 11. What do they hope their guests will ultimately take away from the experience? Jelliffe smiles at the question.

“I hope they just have a really fun, joyful, uninhibited evening,” she says, “where they can let go and meet like-minded people, and just enjoy the amazing gift of music, magic, and Fleetwood Mac.”