It was a wet and cheerless afternoon at Burnaby’s Deer Lake yesterday, full of dramatic lakeside views and moody landscapes. Hardly the ideal start for the CBC’s inaugural Music Festival, but Vancouverites stoically came in droves from all over, steadfast in their support of indie music and homegrown artists.

They weren’t disappointed. The CBC Music Festival brought a quintessential Canadian sound and relaxed environment that I’ve rarely experience before. Full disclosure: I don’t consider myself an indie music fan. I came to see what the buzz was all about, and to support the future of Canadian broadcasting. Largely thanks to knockout headliners Tegan and Sara, I emerged ridiculously proud of my country and the thriving state of Canadian indie music today.

Here are some snapshots of the bands I caught at the festival:

Arkells were wonderfully and consistently in tune, with some mad guitar parts. When Jian Ghomeshi joined in on a cover of Talking Heads’ anthem “Psycho Killer”, it was a magical moment. Jian, along with many of his colleagues at the CBC, made excellent hosts for the festival, and also delivered an impassioned rallying cry for Canadian music later on in the day.

Hometown band The Belle Game joked about piling into the mini-van and driving the 10 minutes over to Deer Lake. Some of their songs sound too similar to my ears. Lead singer Andrea Lo’s voice is full of emotion, but would have liked to see less sound distortion. Level adjustments also could have been better; she didn’t have the most powerful voice, so sometimes was overwhelmed by everything else. I’m thinking this is a band that works better, sound wise, on an album. The set dragged a bit, band members just couldn’t seem to bring the energy up (a hint of boredom in there somewhere in there?) until the last two songs, including the group’s famous anthem “River”. 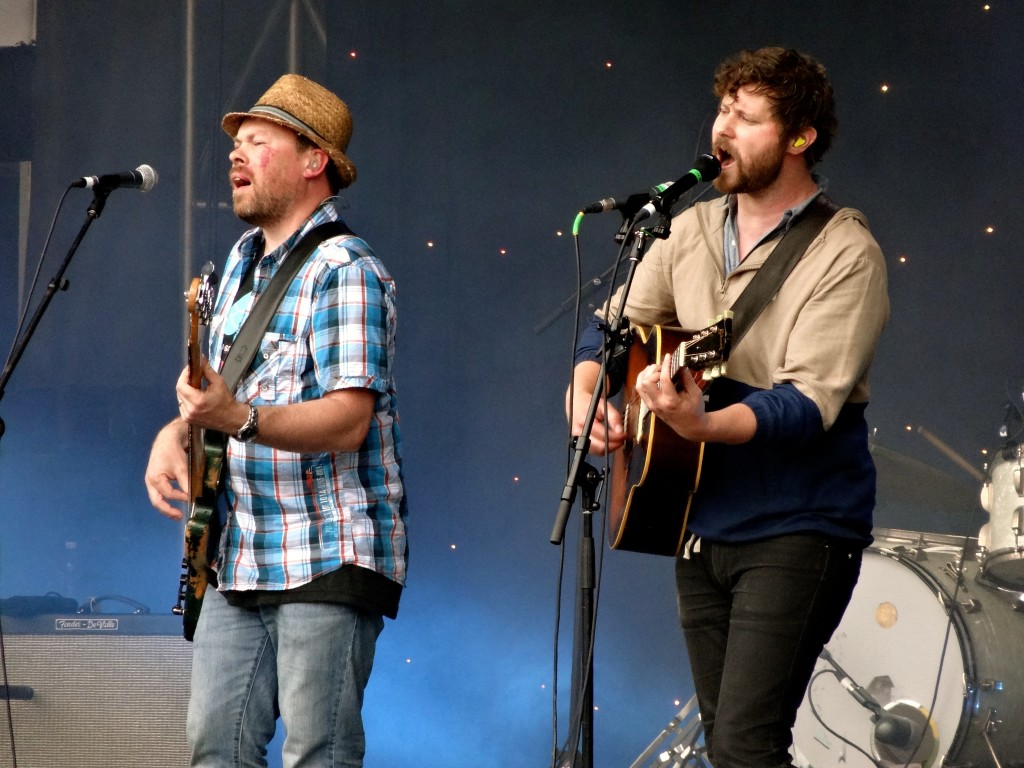 This local golden boy started off a little… underwhelming. Sang with more power than finesse, and didn’t really jive well with the band. When it got to “Basket” and beyond, I finally understood the draw. Mangan functions best when he’s on his own, with just a guitar and his voice. The interplay between singer and band (Blacksmith) needed some time to warm up. By the time singalong hit “Robots” came on, both were doing just fine. Special kudos to trumpet player JP Carter – that guy’s solos were awesome. 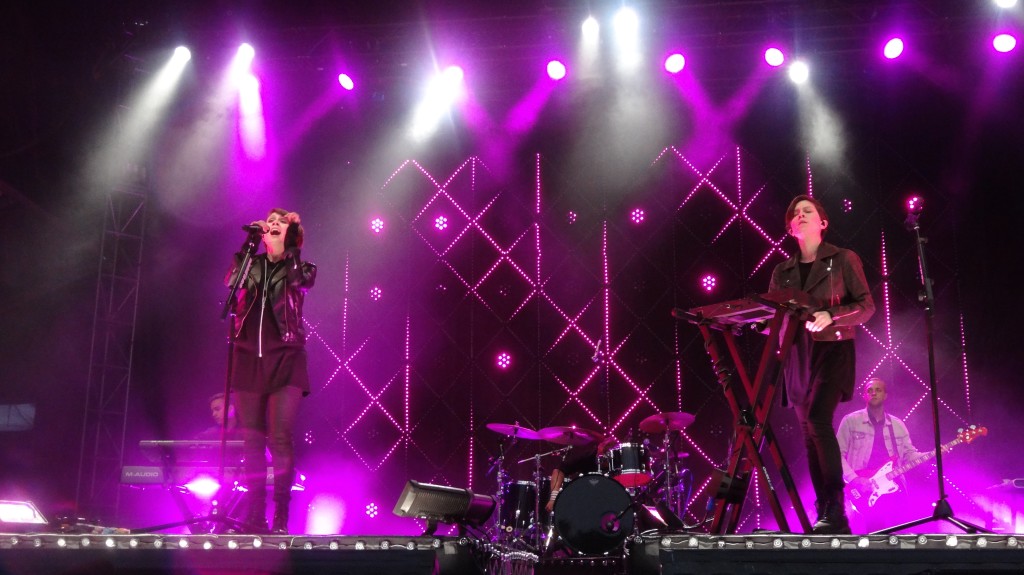 Like most of the other concert-goers, I stuck it out til the rainy end for the headliners. It had let up at various stages during the day, but when the iconic twins hit the stage, the skies opened up in earnest. By song number two, Tegan and Sara’s infectious songs and banter carried the evening and made the trip worth coming. Sticking mostly to upbeat songs and a mix of new and old, the duo got the crowd moving and kept us that way. Sound mix was slightly off, would have liked to hear more balance between their voices and the band.

Still, I didn’t hear one false note. And I was too busy dancing to take much notice anyway.

Vancouver demonstrated our fierce love and support of Canadian musicians voting with our (wet) feet and wallets. Deer Lake is certainly a picturesque venue, but limited public transportation to and from the event remains a huge bottleneck. Stronger food choices (or the ability to pack food in) would have made the dampness more bearable.

All shortcomings aside, this is a strong start for the CBC Music Festival, and I am hopeful that it was popular enough to merit a yearly event. 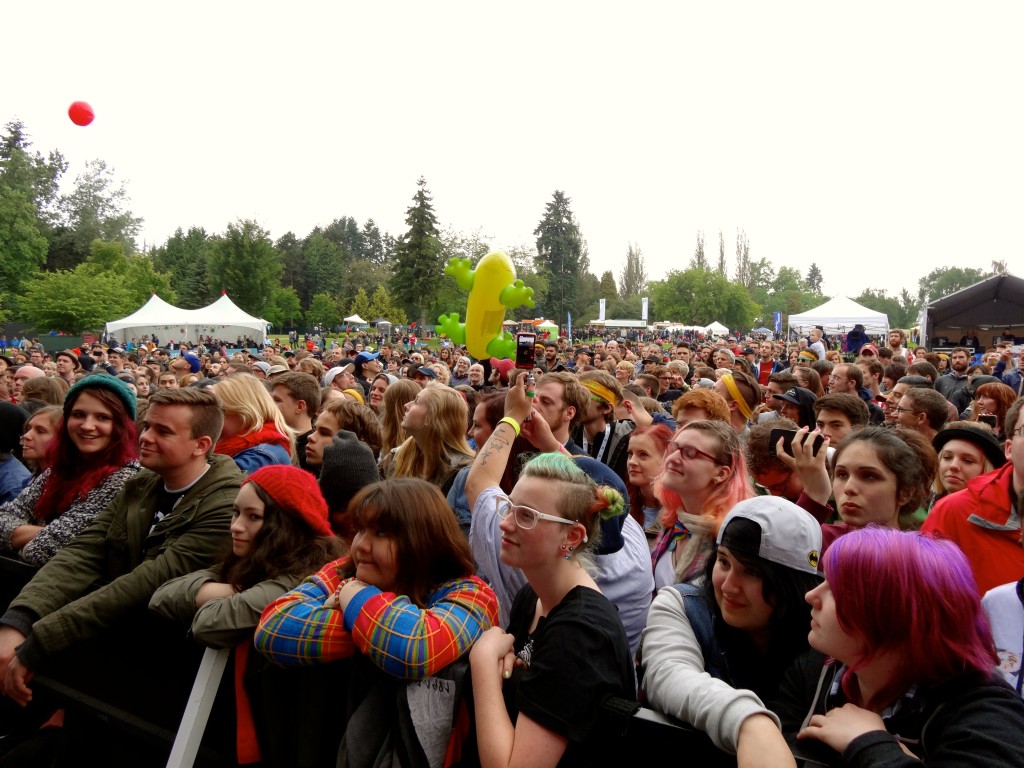 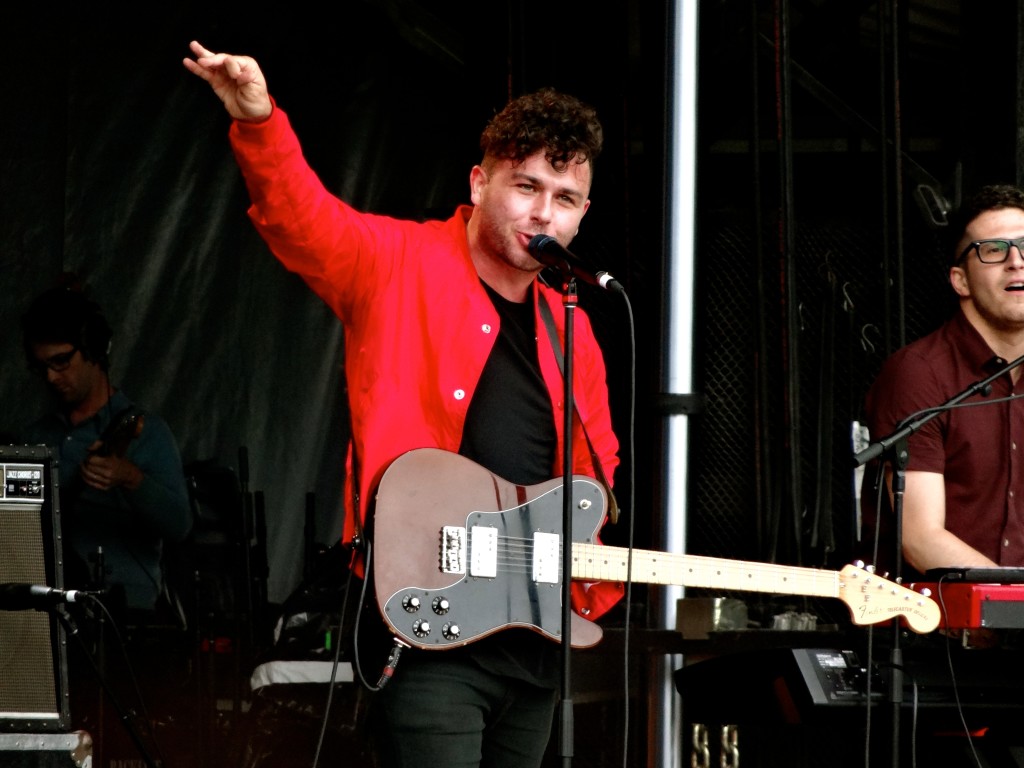 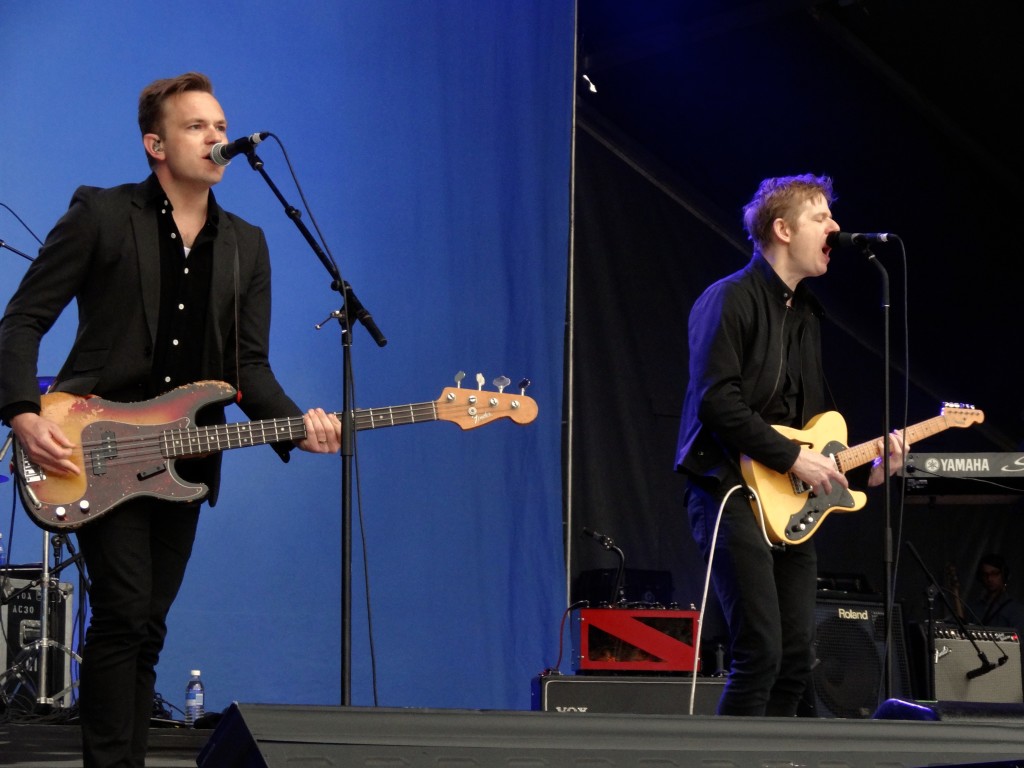 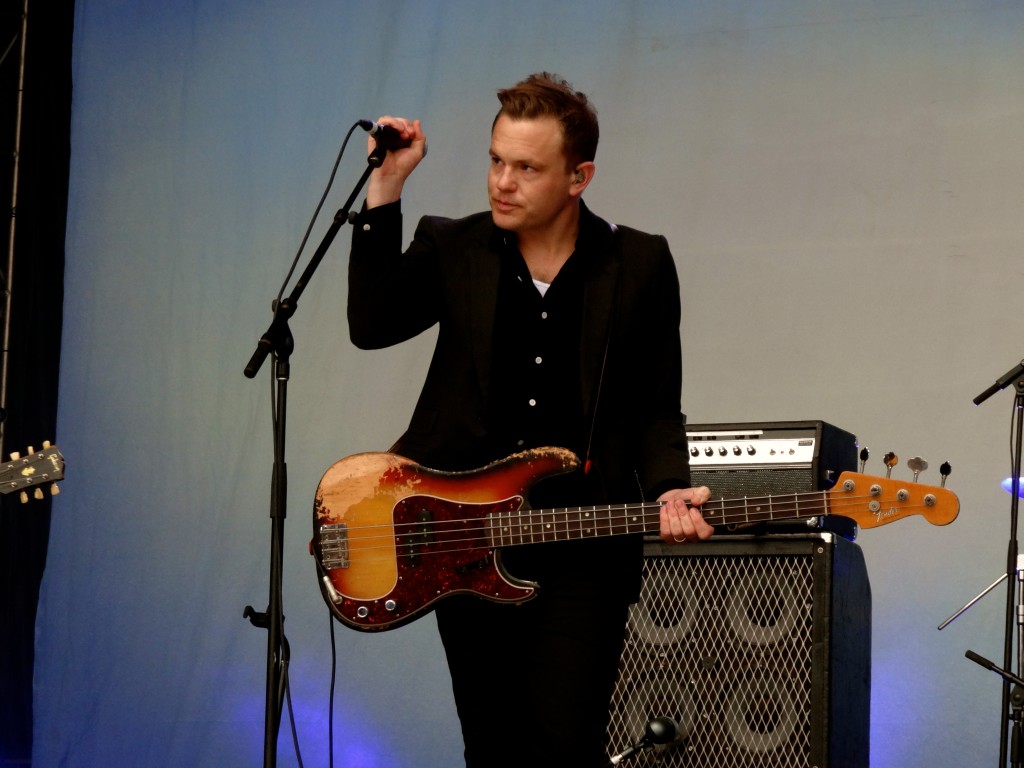 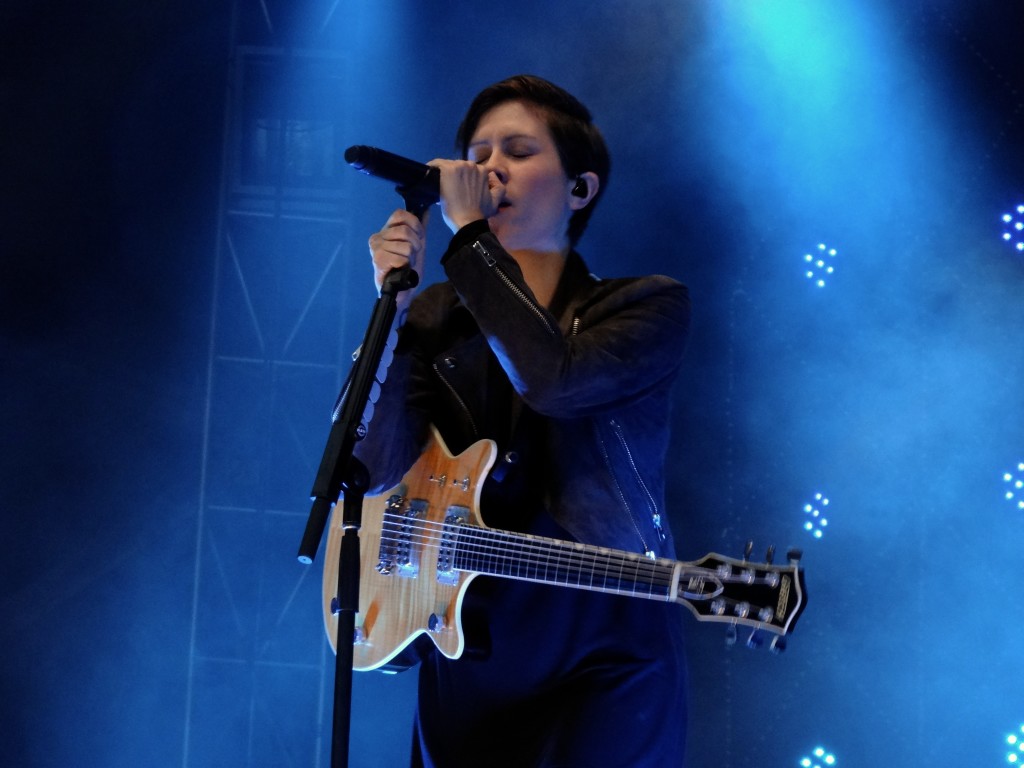