Jan Martens delivered exactly what he said he would: 70 minutes of jumping.

Going into the theatre, there was an expectation for the 70 minutes of jumping to be an anatomical exploration of what the body goes through under extreme fatigue; there was anticipation for seeing struggling bodies and hearing grunts of pain or anguish. Instead, The Dog Days are Over was a riveting work with eight resilient performers who jumped in impeccable synchronicity with a sweaty fervour. There was joy and excitement being radiated from the stage while the audience could do nothing but feel exhilaration and support for such exquisite performers.

The first time to Vancouver, Jan Martens introduced himself and his work with a bang. The Dog Days are Over utilized a flawless sense of timing and pacing to draw in the audience and keep them engaged for the entire 70 minutes. The gradual buildup of the jump, beginning with a slight and curious bend of the knees, set the tone for the entire work where moments of visual and physical release coexisted with moments of complexity and chaos. While the progression of the piece from beginning to end was unified by the simple jump, the technical aspects of The Dog Days are Over provided even more excitement and simplicity. 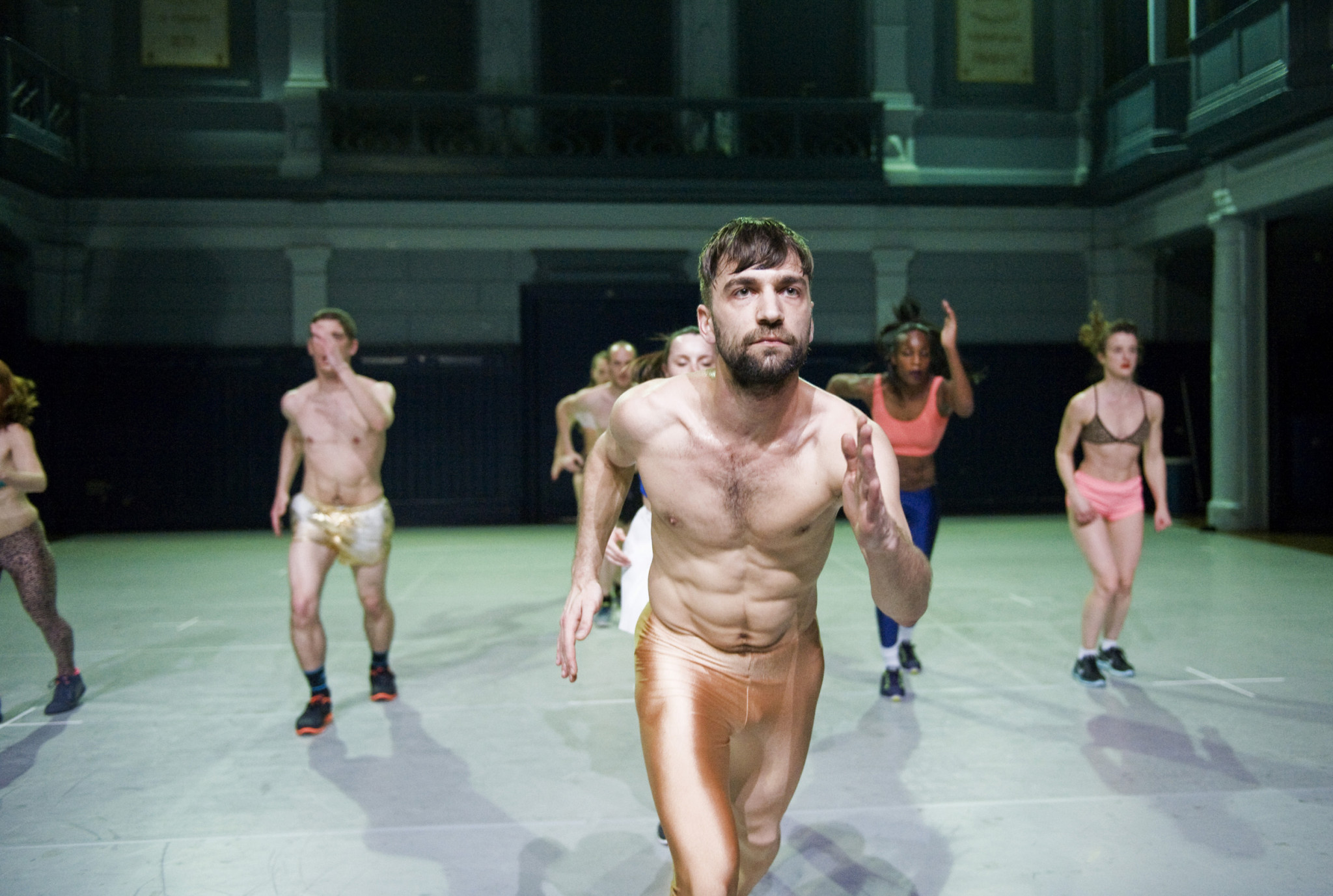 The Dog Days Are Over Credit: Piet Goethals

Such clarity in a task, jumping, made every artistic choice feel like it was the only choice – everything felt right. The generous pacing of the piece’s progression paralleled the performers’ physical exertion. Martens convinced the audience to support and root for the performers. There was no desire to see them mess up, but an overwhelming feeling to see the performers succeed in their unified task of jumping.

The brightly coloured costumes with neon leggings, skin-tight bodysuits and leopard print bikini tops did not distract, but added to the absurdity and clarity of the choreography. While it may be difficult to understand how a small vertical jump could be “choreographed,” Martens provided a strict score of counts, stage placement, and directions to constantly keep both the performers and the audience in a state of anticipation. Being let into the secret of counting and structure near the end of the work, The Dog Days Are Over continued to be an interdependent work from those on stage and those in the seats up until the very end.

The standing ovation given at the end was forecasted after the first 10 minutes of the work. The audience stood up to clap in appreciation of the masterpiece just given, not in embarrassment for the un-burned calories of us who were sitting. The collective attention, excitement, and appreciation demanded by Martens and The Dog Days Are Over means that the rumours of his return in 2017 will be closely listened to.