How to define Marie Chouinard’s dance aesthetics? Is it dance and visual art? Is it dancing a visual art? Or is it just dance as visual? For sure, the Montréal dance-based choreographer plays with images and imagination, seeking pure and artistic beauty.

The Compagnie Marie Chouinard, created in 1990 by the internationally renowned choreographer Marie Chouinard, has presented more than 1000 performances all over the world. For DanceHouse, the company will present a two-piece show for all tastes. Gymnopédies and Henri Michaux: Mouvements will be performed on February 27 and February 28, at the Vancouver Playhouse.

The two independent works, even though extremely different, reveal the hand of the same creator. They are like two paintings of the same painter, as Chouinard said, which share common features: her signature of movement can be found, but there is no connection between the two.

Gymnopédies (2013) is a 40-minutes creation with, as the tile suggest, piano music composed by Érik Satie. The ten dancers have learnt how to play piano and they will go, one after the other, to play live on stage because “it is wonderful and touching see the dancers go to the piano and play, instead of a tape recorded,” as Chouinard said during a brief interview with Vancity Buzz.

Also, this direct contact with the piano allows dancers to establish a relationship between their bodies and the objects that are part of the scenography, such as a piano and a pianola. 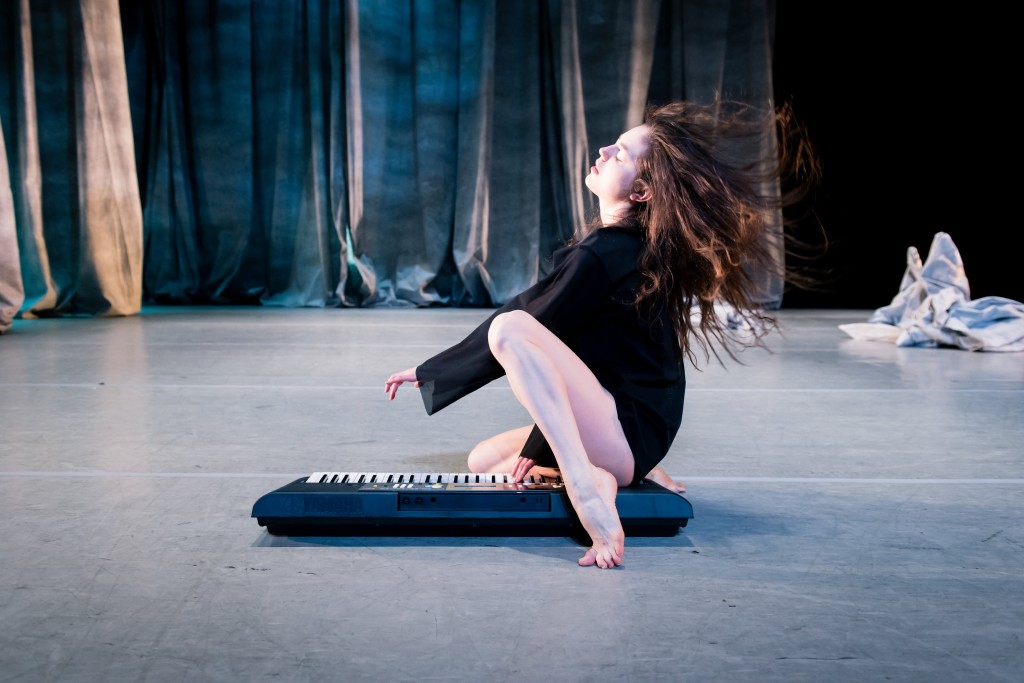 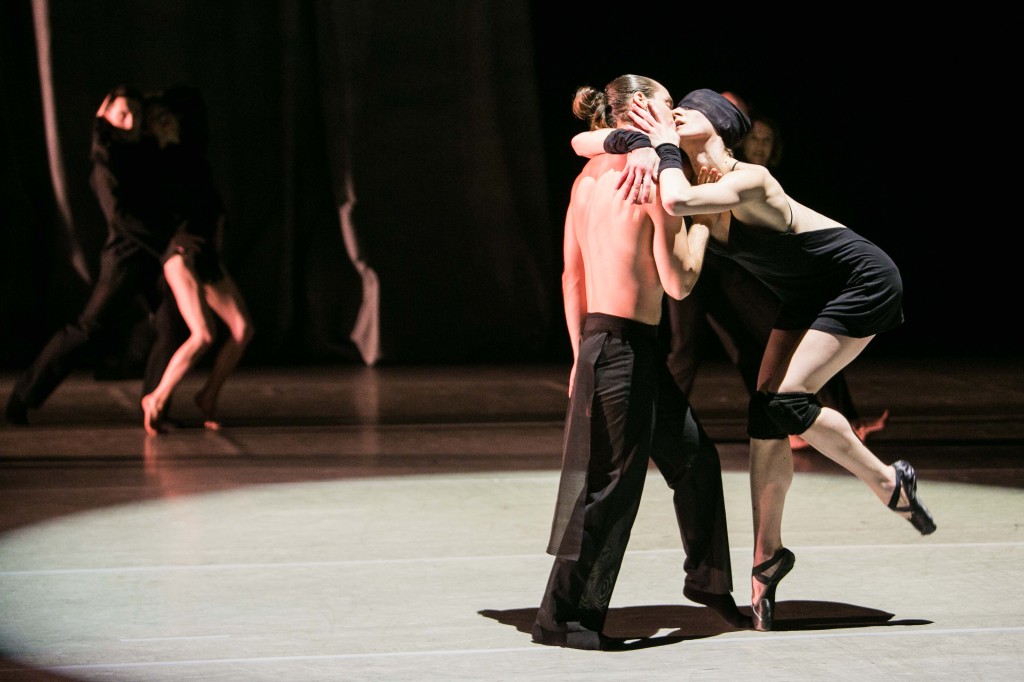 Henri Michaux: Mouvements is a 35-minutes piece composed in 2011, which also include a solo choreographed in 2005. For this piece, Chouinard takes inspiration from the book Mouvements, written in 1958 by the French – Belgian born – draughtsman and poet Henri Michaux (1899-1984). Marie Chouinard literally translates, word for word, the book into movements; she gives life not only to the 64 pages of drawings, but also to the 15-page poem and the afterword contained in the book.

Michaux’s ink drawings are project in the background, so spectators are not lost in translation; they can follow Chouinard’s associations, or they can create their own interpretation of both movement and draws. 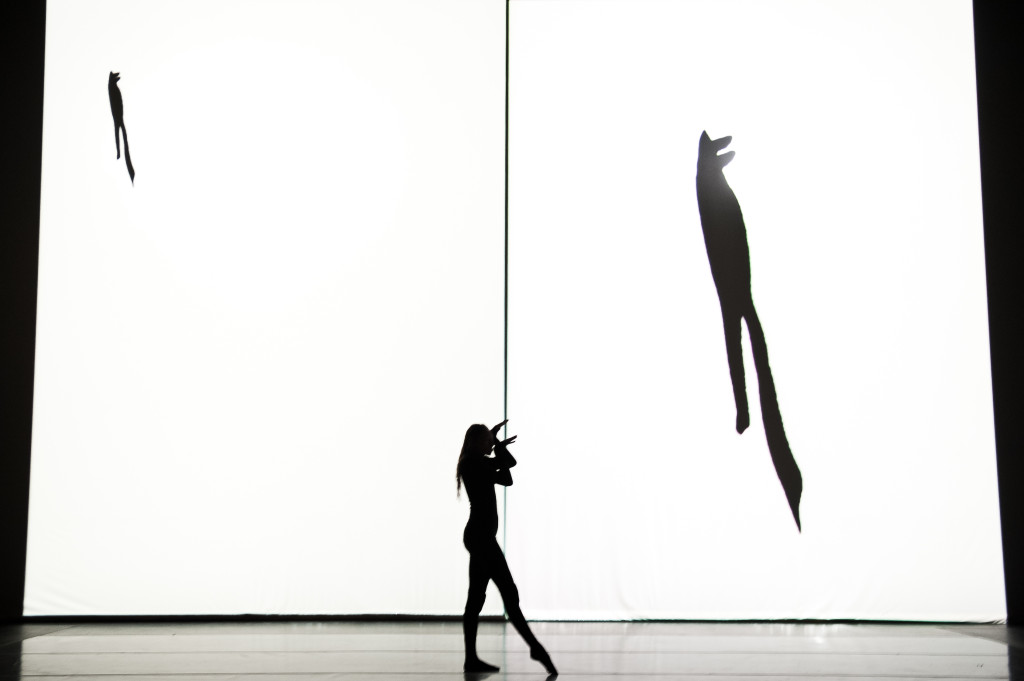 In Henri Michaux: Mouvements dancers become the ink drawings: a trait becomes an arm, a leg, or a head. Dancers wear black suits that transform their bodies in silhouettes, or perhaps into shadow puppets, in contrast with the white stage. Their contorted bodies move fast, creating swirling shapes, individually and in-group. Every movement, explosion, stretching, and contraction is reinforces by the electronic industrial music composed by Louis Dufort. 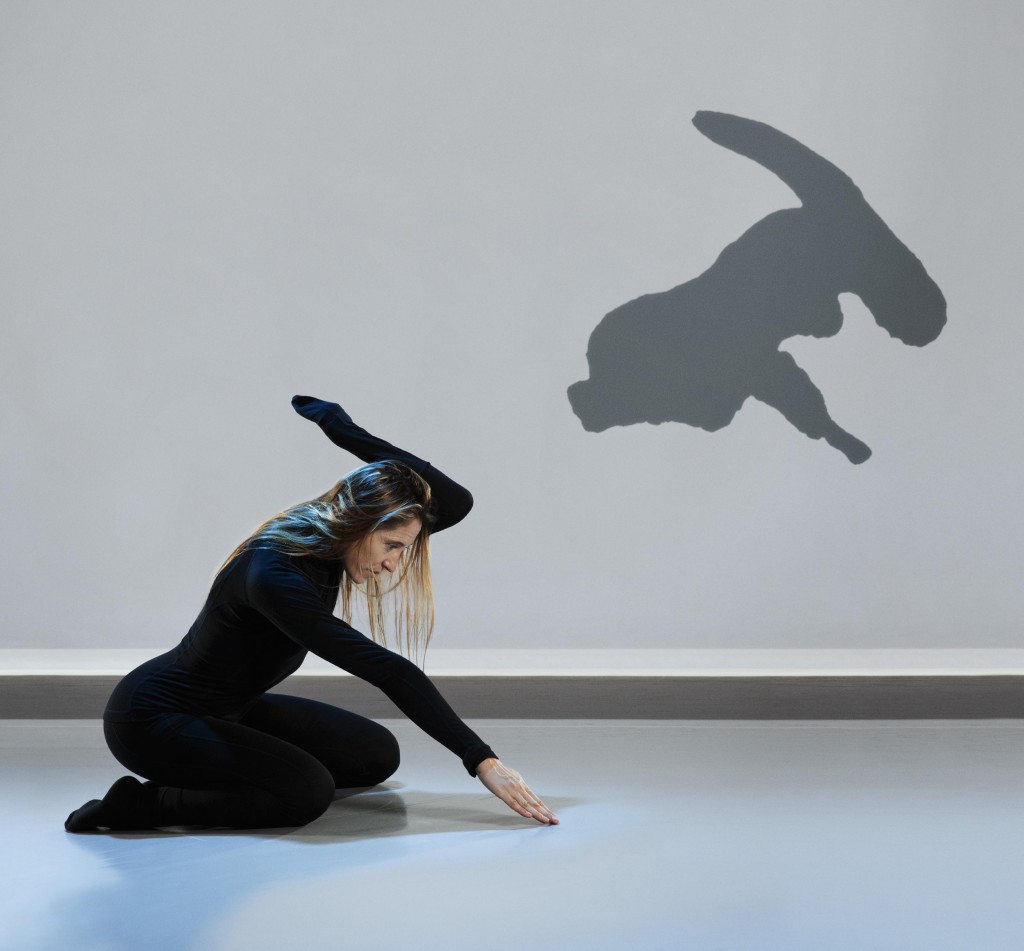 Tuesday February, 24 at 7 p.m. – Speaking of Dance at the Goldcorp Centre for the Arts (free admission).