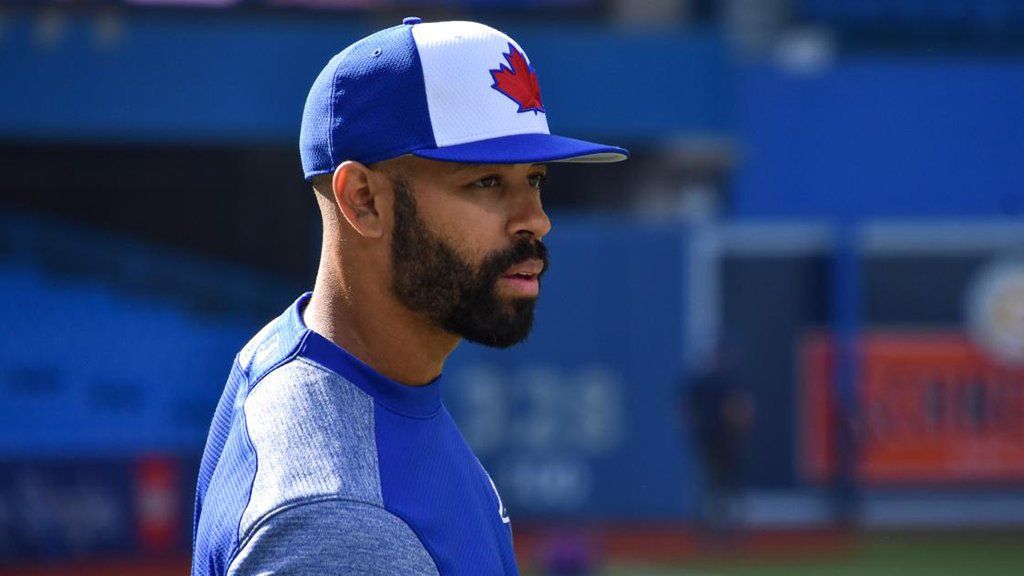 Four years ago, Dalton Pompey broke camp as the Toronto Blue Jays’ starting centre fielder. After rocketing up from single-A to triple-A in the span of one season, the Mississauga native made an impact during his September call-up in 2014.

Pompey’s first Major League home run career came off Cy Young winner Felix Hernandez, who was one of the best pitchers in the American League at the time. Momentum for the Canadian was at an all-time high as he entered the 2015 season as one of the Jays’ top prospects.

What transpired in the four years following Opening Day 2015 has been nothing short of a tragedy for Pompey.

After numerous injuries, an altercation with his coach in triple-A last year, this is his last chance with the Blue Jays. If there was a doomsday clock on Pompey’s time with this organization, it would be one minute to midnight.

As a player who is out of options, Pompey must make the Blue Jays roster at the end of spring training, or else the Blue Jays risk exposing him to waivers and other team claim him.

It’s been a long and gruelling four years, but it looks like Pompey may, in fact, return to the Blue Jays’ outfield picture. Thus far in spring training, the 26-year-old has looked solid at the plate; he hit the Blue Jays very first home run of the Grapefruit League schedule a few weeks ago.

Dalton Pompey made sure our 1st home run of 2019 was CRUSHED! #SpringTraining pic.twitter.com/6Iz70jPhbF

Based on his body of work alone, Pompey is looking up at all those players on the outfield depth chart. Kevin Pillar and Randal Grichuk figure to command two outfield spots, which leaves left field and a fourth outfielder spot yet to be accounted for.

This is truly a make-or-break year for Pompey. With five bodies for two positions, he has his work cut out for him.

The Blue Jays have had ample opportunities to cut bait with Pompey. After his dust-up with Bisons manager Bobby Meacham, understandably, Pompey was the lone player on the Blue Jays’ 40-man roster who wasn’t promoted to the big league club in September. It sent a strong message to Pompey, who is on his last life with the organization.

Earlier this week, the Blue Jays designated Dwight Smith Jr. for assignment. That move alone might’ve indicated how the organization feels about Pompey. Smith was arguably the better hitter, yet Pompey is the more well-rounded player who comes with the baggage of a checkered past.

If the Blue Jays were willing to let go of Smith – a player with an option year remaining – it must say a lot about the club’s faith in Pompey – a player without options and who hasn’t played consistently at the big league level since April of 2015.

He may have started spring training on the periphery of the Blue Jays’ outfield picture, but after the team let go of Smith, Pompey’s chances to break camp in Toronto suddenly increased.

The team gave Pompey every opportunity to stay on the roster. Last fall, when it came time to make cuts to the 40-man roster, Pompey was notably kept, while players like Jordan Romano and Travis Bergen were on the outside looking in. Both were subsequently exposed to the Rule-5 draft and were claimed by other teams.

Pompey’s raw talent is readily apparent. His pure speed alone on the base paths is impressive, as anyone who witnessed the Blue Jays’ 2015 and 2016 playoff drives can attest to.

He profiles as a top-of-the-order bat and the fact that he’s a switch-hitter is incredibly valuable to a manager looking to balance out their lineup card.

The only questions when it comes to Pompey is his health and his focus. If both of those boxes are checked, there’s a strong case that he flies north with the Blue Jays for Opening Day on March 28. If he makes the team, more than likely, he slots in as the Blue Jays’ fourth outfielder and becomes Charlie Montoyo’s defacto pinch runner.

The clock is ticking, but there’s still time left for Pompey to make an impact with the Blue Jays this year.