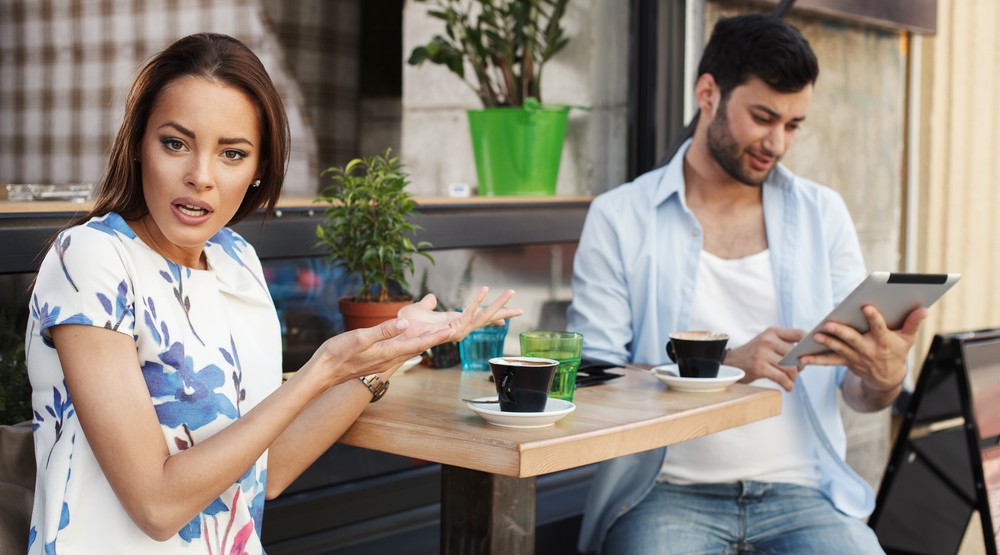 Valentine’s Day has been and gone, and from first dates to old flames Canadians no doubt enjoyed an extra special night on February 14.

In advance of the big day, we asked Daily Hive readers to share stories about their disastrous first dates, and what we received was a reminder that the dating scene could definitely use some work.

So take a look below for a run down of our readers’ first dates from hell.

His first words: “So, what are your deal breakers?”
Me: “Don’t worry. As long as you aren’t an anti-vaxxer nut job we should be fine.”
Him: “So, you seriously don’t think vaccines cause autism?”
Me: “This won’t work.” – Anonymous, Vancouver

“We were just meant to meet up for drinks, but he ordered a full meal anyways. We then went to see the Airdrie Christmas lights taking his truck and it was a cold evening that night so he asked if I had gloves, which I didn’t. He then pulled out a bag of gloves, took a pair out for just himself and threw the rest in the back.

Then he got out of his truck and skipped the entire way through the lights. I was freezing by the end and so was standing by a fire pit trying to get warm when he tried to put his arms around me, which then held my face into the smoke billowing from the fire pit causing tears to stream down my face. I asked him to take me back to my car. When he did, he pulled me in, slobbered all over my face.” – Anonymous, Calgary.

“Many years ago, when I was in my twenties it wasn’t easy to find a date without entering the bar scene so my mother joined me up for a dating service. I got a call from a gentleman a short while later and I agreed to meet for dinner. He came to pick me up and I invited him in for a drink before we went out.

As we talked he began telling me about the marriage that had recently ended, how he still loved his wife, and missed her, and how there is no one else that he could love as much. He cried. Then he cried some more. The date ended three hours and two tissue boxes later. We never made it to dinner.” – Suzanna S, Calgary.

4. The guy with the foot tattoo

“I was talking with this guy on Tinder and we decided to go out for beers one night. We agreed to meet at a local pub I live by. As soon as I walked in I saw my boss which was quite embarrassing considering I called in sick for my shift that day. My date finally shows up and we grab a pint. He is acting considerably weird so I’m questioning if he was drinking prior to meeting me. He insisted on grabbing another pint and I’m just thinking, ‘Fuck no.’  He then asked about my tattoos and told me that he only gets tattoos that are meaningful. I was slightly offended but shrugged off his comment. He then continued to talk about his tattoos and how he has his initials tattooed on one foot.

Why? Well, remember when all those random feet were washing ashore in BC? He told me that if someone decided to cut his foot off it would be easy for authorities to identify him Keep in mind this is only one foot he has tattooed. He actually took his shoe off and showed me this tattoo. He then decided it was appropriate to tell me about his new job and how he isn’t used to being financially stable. He by this point was acting extremely drunk so I downed that last pint as fast as possible and told him I’d see him around. Worst date ever.” – Tawnia Champagne, Vancouver.

“At the end of my date I offered to pay for my drinks which only came to $14. The guy said that he’d pay for it all on his card and I could just give him cash. I told him I could pay for it separately because I only had a $20 bill. He looked at my total and said “that should cover it” then took my $20.

I hoped that he would give the server a good tip but we went for food afterwards and I asked the server in advance to split the bill and when it was time to pay, 20% tip on half was only $3. I caught a glimpse of the guy’s receipt and he had left a $1 tip. So he made money off me and was a bad tipper. He then guilted and shamed me for not coming back to his place with him.” – Anonymous, Vancouver.

“I went on a date with this guy I met on tinder. I couldn’t believe how well it went and how nice, lovely, funny and cute he was. I was talking to a good friend afterward and she found his social media. We found out he’s married. Like, married only a couple months ago to his longterm girlfriend. So either they have an open relationship, he’s on the rebound or he’s scum. Whichever one, I wasn’t interested in getting involved. Bummer.” – Anonymous, Vancouver.

“My hell date went like this – got picked up on a blind date, he said: ‘I’ve got soap in my eye so I can’t see if you are hot or not.’ We get to the restaurant – he throws chicken wings off the balcony. I want to gag.

So I went to the washroom. The server says to me: ‘Is this a blind first date?’ To which I replied ‘Hell yes!” She told me to go down the fire escape and she’d tell him I had gone. I gave her a $10 for a tip. Thank you to that lovely Earls Robson waitress for the escape.” – Kathy H, Vancouver