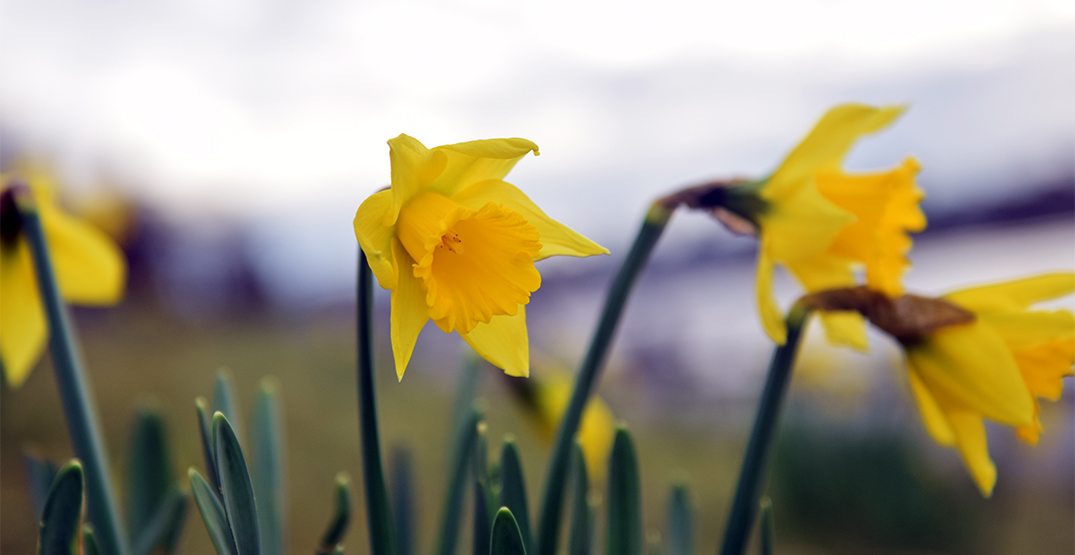 The cheerful flowers began poking out of the grass sometime last week, and by Friday, they were in full bloom.

It was about 7°C in Vancouver that day, compared to -7°C with snow in Toronto, 13°C in Montreal, and -8°C in Calgary. The daffodils typically make their appearance while the rest of Canada is still in a deep freeze, highlighting how mild coastal winters are.

The Vancouver Park Board plants the bulbs every year, and passersby stopped for photos of them on Friday afternoon.

“So early!” one man told Daily Hive. “Maybe they’re a sign of better things ahead.”

The flowers can be seen on a section of the lawn just south of English Bay Beach near the Inukshuk. 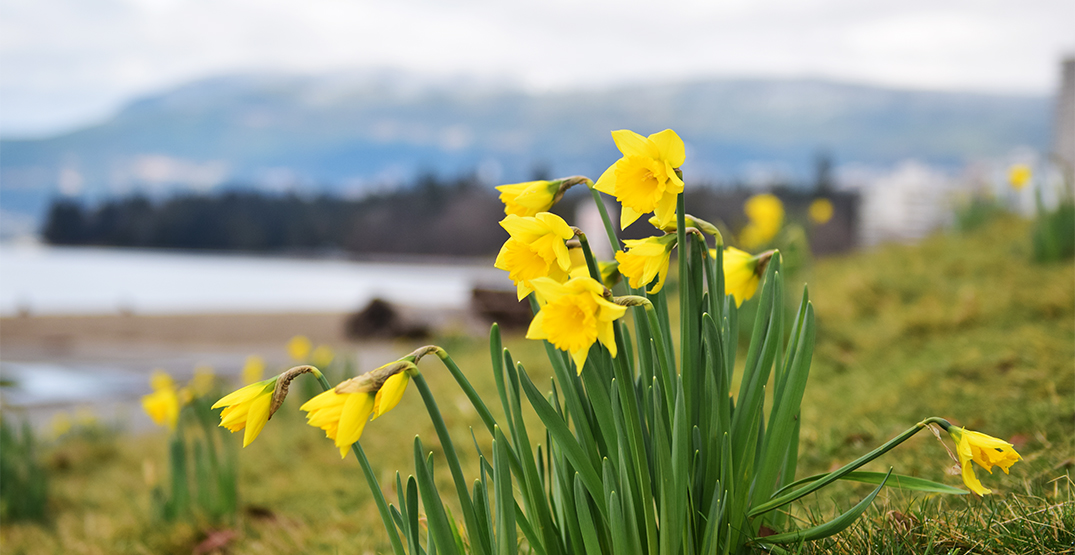 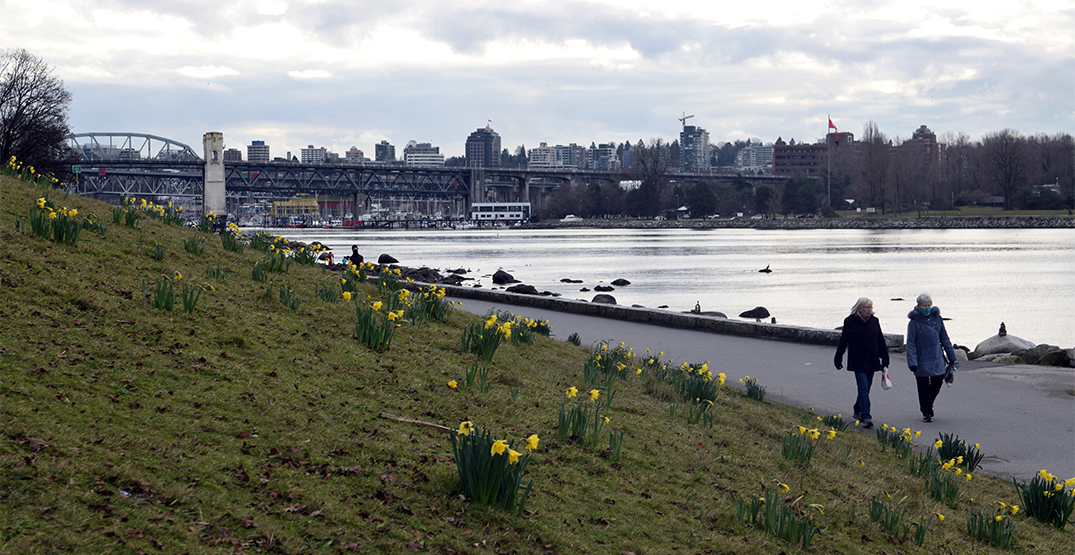