A heartfelt letter from a West Vancouver educator to his daughter has proven a worldwide success after offering some much-needed 21st century career advice.

Sean Nosek, who is Director of Instruction – Learning & Innovation with the West Vancouver School District, wrote to Ali, 17, as she is about to graduate high school.

Nosek has surprised – and inspired – many with his advice, which isn’t quite as prudent as the usual parental lecture.

“Too many people have been conditioned to play it safe in a world that longs for courageous dreamers and risk takers. So go for it!” writes Sean Nosek.

“Don’t be afraid to commit fully to the things that truly inspire you and bring you joy. I assure you stability and security are over-rated and almost always under-deliver.”

In the letter, Nosek remembers the days when you could train for one thing, land one job and work there forever. But the digital revolution “turned everything on its head.”

“The notion of having one ‘career’ stay consistent over the course of one’s life is life is less and less realistic. I mean anything is possible.” 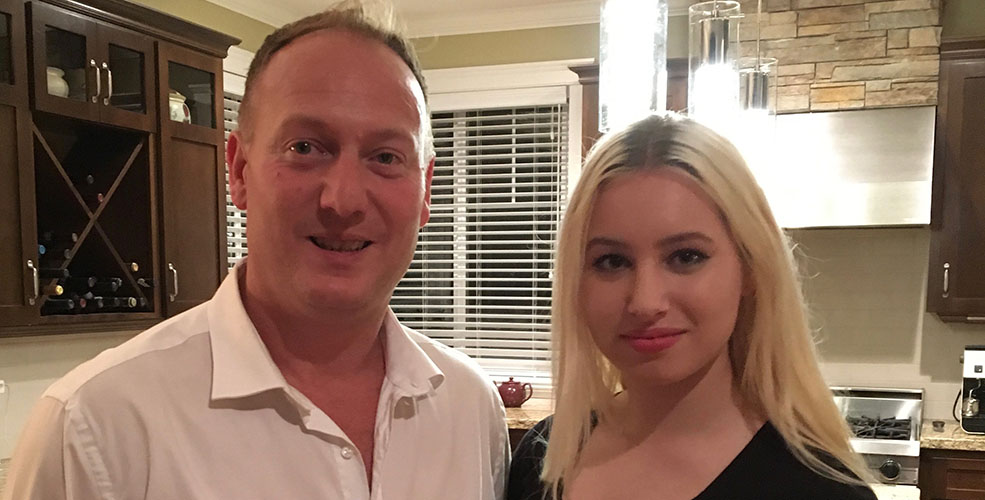 “It was something like, ‘Aw Dad! Got your letter. Thanks.’ It was short and sweet but I know she really appreciated it,” he said.

After Ali agreed he could publish it online, the letter spread around the world – much to their amazement.

“Neither of us imagined that it would get all the attention it has, but it is satisfying to think that it has resonated with certain people,” said Nosek.

Nosek acknowledges that parental advice is usually more cautious and careful, but his work as an educator and his life experience has led him to a different approach.

“Knowing stuff is no longer enough,” said Nosek, weighing up today’s job market. “So now we are asking the harder questions like, ‘What can you do with the stuff you know, or the stuff you learn, to make an impact or add value?'”

Nosek says he is fond of saying, “You can’t steer a parked car,” and advises people against succumbing to inertia because they’re not sure what path to take.

“I say, start on a path. Head off in some direction of general interest and trust that it will take you somewhere,” he said.

“If it’s not the right path for you, well, great, now at least you know… The important thing is to set off on the adventure in the first place.”

Towards the end of his letter to his daughter, Nosek gives her some guidance on how to make the right life decisions.

“While there are no guarantees in life, when you come to a place where it seems hard to choose, I urge you to choose dreams over fears, adventure over routine, challenge over comfort, can over can’t, yes over no.”

Surely that’s advice we can all take to heart.