An early blast of winter will allow Cypress Mountain, Metro Vancouver’s largest local ski hill, to open its facilities to skiers and snowboarders this Friday.

Mountain operators announced the opening data last night after receiving 45 cm of snow over the past week, including 20 cm over the last 24 hours. As of last night, the mountain had 20 to 30 cm of drifted snow at its downhill base and 30 to 40 cm up at the top.

This is supplemented by Cypress’ snowmaking capabilities, which will be turned on over the next few days beginning tonight when temperatures begin to dip again.

Snowfall transitioned into rain late last night, but that is expected to end with the arrival of a high pressure system on Wednesday. Sunny and cold conditions are in the forecast over the next few days.

“We hope to get a little more snow at the end of this system passing through late today, and then we’ll turn the SnowGuns back on to bulk up the slopes for the weekend,” reads a statement by Cypress.

The mountain has more snow on the ground than at any point in the lacklustre 2014-15 season. A lack of snow resulted in an early February closure for all three North Shore mountains.

At this time, there is no word on when Grouse and Seymour mountains will open, but both mountains have also recorded huge snowfall accumulations from the same systems and conditions. Grouse Mountain hinted that it could early open as well, given that natural snowfall has been supplemented by its new and improved snowmaking capabilities.

During most seasons, all three mountains typically open in the first week of December. 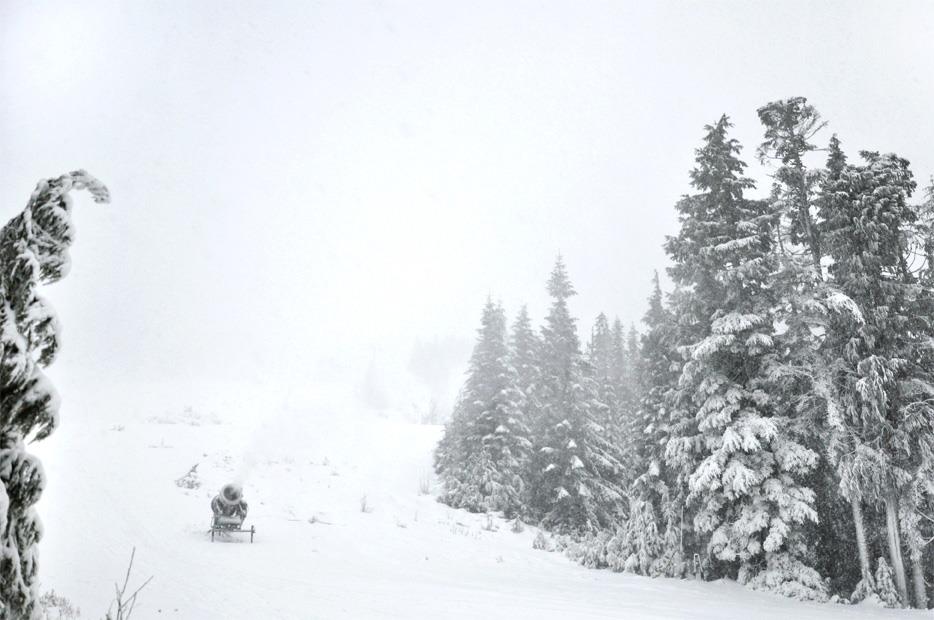