The number of bike trips taken in Vancouver could soon overtake all North American cities of more than 500,000 people, according to a new report presented Wednesday by City staff.

The report on citywide transportation monitoring, safety and the seaside greenway revealed the latest figures on how Vancouver residents get around the city.

City staff found general daily trips by bike had risen again, to make up 7% of all journeys taken – already hitting the target initially set for 2020. 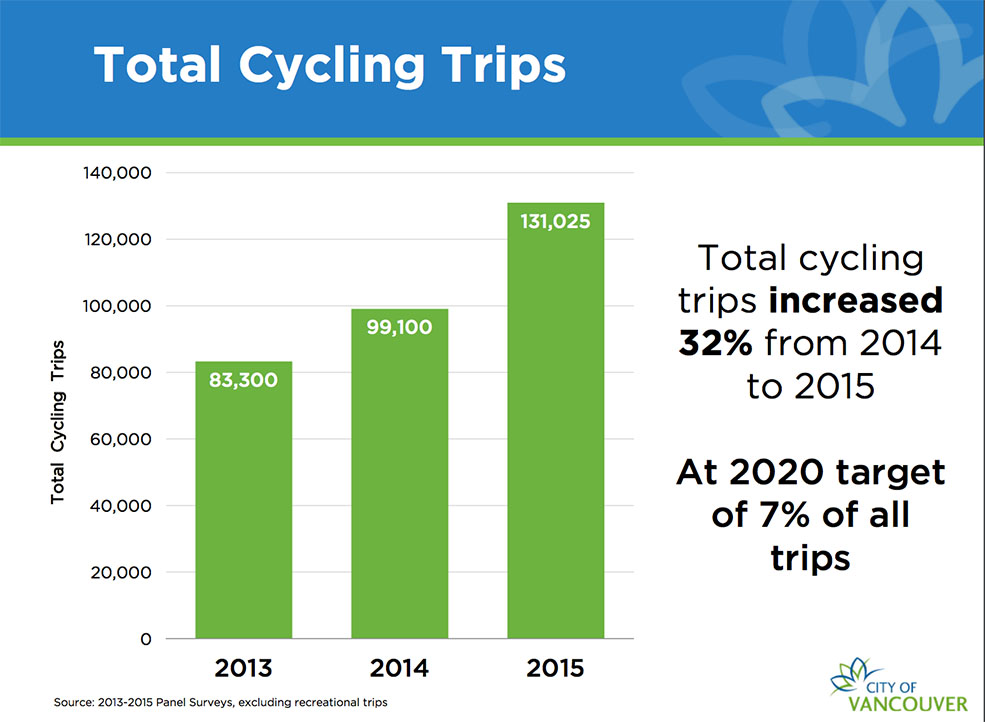 Trips to work by bike had also increased again to make up 10% of all journeys to work in Vancouver. 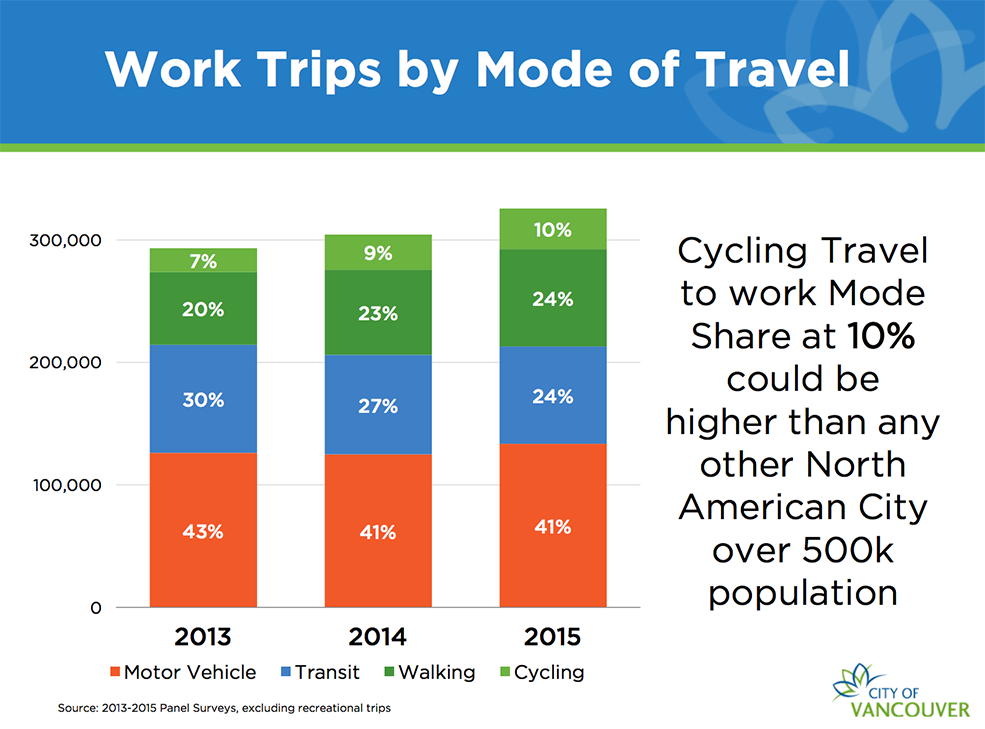 “It’s fantastic to see the dramatic increase in people on bikes and walking in particular,” said Mayor Gregor Robertson.

The report also found that bike trips taken along the route of the Seaside Greenway had massively increased since the project was completed.

Meanwhile, the number of trips taken on foot was high and steady, transit use was slightly down and vehicle trips remained the same, although distance driven had dropped. 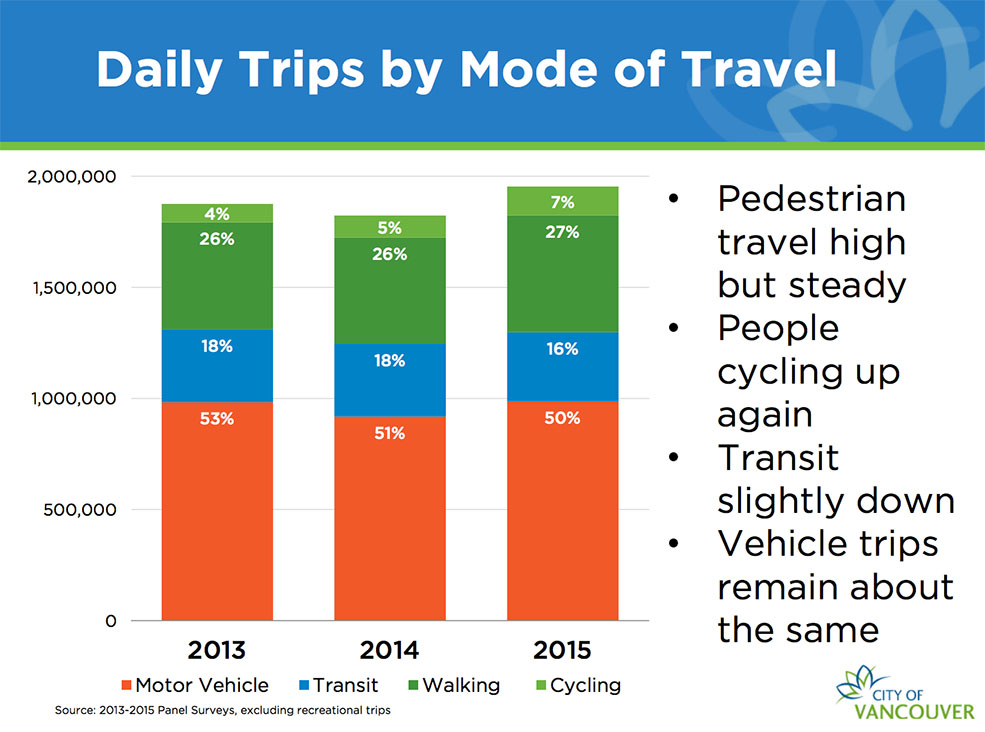 Staff believe Vancouver could soon beat out Portland for cycling and Boston for walking.

But interestingly, those trips still only make up 1% of trips taken in Vancouver.

The figures come partially from a panel survey conducted by the City, which includes trip diaries of local residents, as well as permanent and temporary bike counters.