(please note following these tips will not guarantee hoards of half naked girls following you, but it can’t hurt)

Over the course of the summer I’ve been doing what many Vancouver residents do, ride my bike and feel sorry for anyone else who doesn’t get to ride their bike in this beautiful scenic city. That all comes crumbling down how ever when I start riding beside, behind or in front of someone who has no idea how to ride a bike. This left me feeling compelled to write a piece on Vancouver bike etiquette to possibly safe the lives of thousands if not millions.

If you hear a bell ringing, it’s not the ice cream truck:

Believe it or not, you’re not the only person riding your bike and some of us probably have somewhere to be that’s much more important than your seventh trip to 7-11 to buy another Slurpee with a KISS scatch & win. When we ring our bell we’re kindly asking you to step aside or move your own bike over so we may pass you. I would think this to be a fairly universally known concept but the several hundred heels I feel like running over on a daily basis made me think otherwise.

*please note this rule may not apply to a hot chick as it’s very likely we might just want you to flash us as we ride.

I have been on both sides of this battle, while driving in a car wanting to run down any and all cyclists who make it difficult and longer to get where I’m going. Yet have also have been the rider wondering why that raging lunatic in the smart car was trying to swipe me off the road. Mind you I don’t think this VancityBuzz article is going to solve any problems but maybe if you’re reading this the next time you’re on the road on either side of the coin you’ll think to yourself “Do I really want to kill someone/be killed today?” and respect others on the road regardless of what kind of transportation they are choosing to use. However since the car drivers have the obvious advantage on the road, I’d ask you to watch this video and the next time you even think about hitting a cyclist & just imagine that this could be you…

A moped is not a bike

Keep them off the sidewalks, bike lanes and bike paths. It’s like someone without a disability competing in the special Olympic and while we’re on the topic of cheating, if you ride a bike that has a motor which resembles the sound of a cat in a bath tub, you’re an ass.

Never mind sex before marriage, murder or even drinking in public during the fireworks. Stealing bikes is the one thing that will truly get you sent straight to hell without passing go or collecting $200. As if Vancouver isn’t expensive enough do we really need people’s bikes to be stolen every other day? I’m sure 99% of the people reading this aren’t the ones cutting bike locks or removing street signs to steal from innocent people. However maybe you know someone that has done it or does it…I think if in Vancouver we collectively looked out for each other we could lower the amount bicycle thefts in the city. On the flip side, bike owners should always make sure they are doing their best to lock up their bikes securely and in places that wouldn’t be easy to steal from .That or you can just take the law in to your own hands like this dude from Portland did when he tracked down the guy who stole his bike all the way to Seattle and got him arrested.

The Seawall
I could probably spend a couple hours writing about how annoying the seawall can be sometimes but to make it very simple for everyone, here is a quick list:

Do you look stupid?

If you ride a recumbent bike then the answer is yes, you look very stupid. 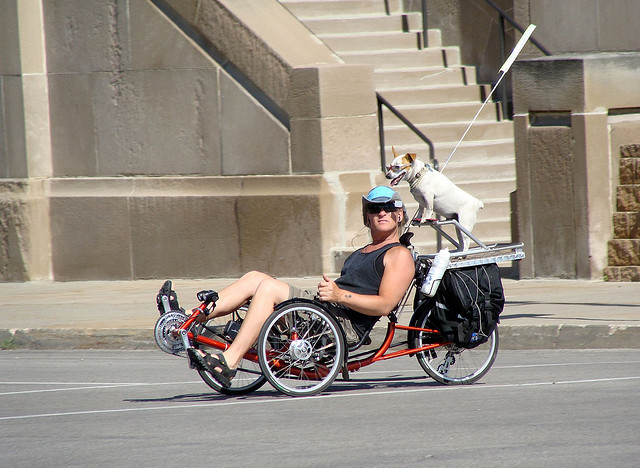 Last but not least…

If you’re going to participate in the naked bike ride in Vancouver, it might be wise to hit the gym a couple times prior. Though I do fully support and love the naked bike ride, there are some sites I’d rather not have seen that are now permanently burned in to my brain, ugh.

That’s all I have for now, feel free to leave any suggestions in the comments below.

Time to go ride my bike on a bike path while wearing a bike helmet and shirt with a picture of a bike on it all while listening to the song “Bike” by Pink Floyd.

Written by @Mpah
If you like this check out our other etiquette guides:

Umbrella Etiquette 101: A must for any Vancouverite