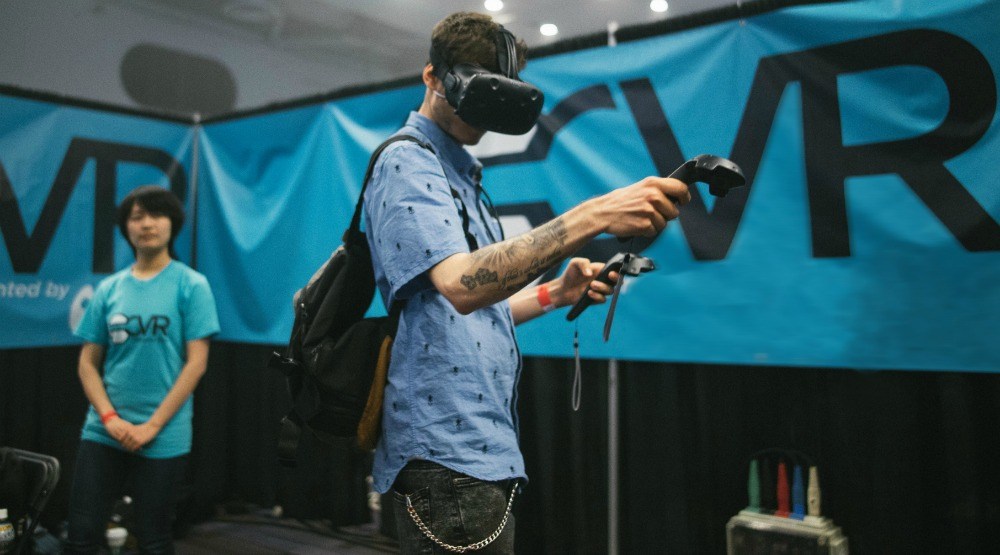 It started out with virtual reality, but now we have augmented reality, and even mixed reality.

These interactive technologies are playing a massive role in the future of science, medicine, architecture, and gaming. And we’re coming along for the extraordinary ride.

With units becoming more affordable, you can snap up your own and use it to change up your fitness regime by working out with a virtual trainer, or learning to cook – all from the comfort of your living room.

The possibilities are endless. And now you can check them out for yourself at the CVR Conference and Expo in Vancouver from May 5 to 7.

If you haven’t tried VR then you’re in for a treat at CVR. Be taken on a sensory journey playing golf, fighting off your opponents, or jump right into a Star Wars scene.

You can test out AR devices and experience futuristic graphics before having your mind blown by a mixed reality device. This combines the best bits of AR and VR, while still allowing you to be social in the real world.

Oh, did we mention there will be speakers from Google, NASA, and Microsoft at this year’s CVR?

Here are just some of the cutting-edge demos you can see at this year’s show:

Emmy-award winning studio, Secret Location is changing the way stories are told through VR. You can find out how at CVR with their bullet VR game showcase ‘Blasters of the Universe’.  Their work is helping to solve problems, launch products, and create horror experiences that will leave you with a massive adrenaline rush.

VR wizards Metanaut are showcasing their VR sandbox game Ruberg at CVR. Visit their booth and unleash your inner child as you try out the game and build your own Rube Goldberg machines. Think marbles, chain reaction of dominos, and mountains of fun.

Mobile gaming champions Game Cooks joined the world of VR last year and their second release game VINDICTA is launching this June. Luckily, you can try it before then at CVR. Get your adrenaline pumping as you play the first-person shooter on a mission to take down an evil corporation in this next-level game.

If you’ve been thinking that characters consistently appear more life-like in VR/AR then you’re right. One company centred around that is Quantum Capture. Their futuristic simulations can capture natural face and full body motion thanks to 3D scanning technology. Test it out and see how how you look all 3D-styled.

Pushing the boundaries of VR development, Cloudhead Games are bringing their 3D puzzle-solving experience to CVR. The highly anticipated Gallery – Episode 2: Heart of the Emberstone is being released soon but you’ll have a chance to test it out beforehand as you play the investigator in a futuristic forgotten world.

When: May 5 – 7, 9 am to 4 pm
Where: West Exhibition Hall A of the Convention Centre – 1055 Canada Place
Tickets: Starting at $18 – available through CVR Conference and Expo