Roberto Luongo has had one of the most unique relationships with a fanbase that this city has ever seen.

In part one, we looked at the arrival of Roberto Luongo in Vancouver and the impact he had on the franchise and the city.

In part two, we looked at Luongo’s run up to the 2011 Finals, and the trials and tribulations he went through on his journey to get there.

Where were we again? I feel like we need Gandalf to get us back into the flow of things… 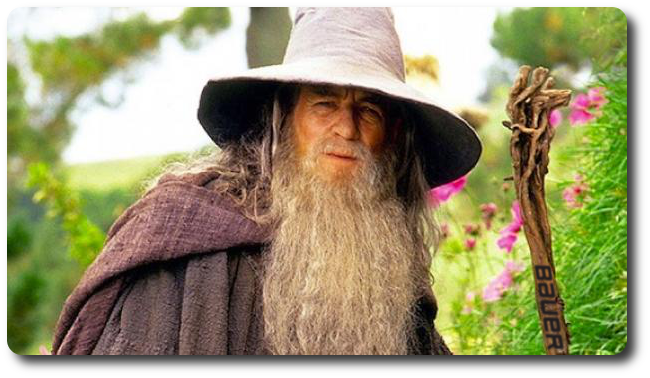 Ah, there we go. In part three, the final chapter (don’t worry, there won’t be a trilogy of articles around  Andrew Raycroft coming out years from now), we will look at Luongo’s remarkable transition into his “strombone” persona. A personality that oddly enough created one of the strongest bonds seen in many years between a pro athlete and the city of Vancouver.

The year was nineteen tickety-two. Of course back in those days they played hockey with a potato, and cross checking meant throwing a blanket over a man and beating him with your shoe. It was also the year after the Canucks had failed to win the Stanley Cup on home ice. In game 7. Against Boston. After being up 2-0 in the series and 3-2 in the series.

OK you know what, let’s get this over with: 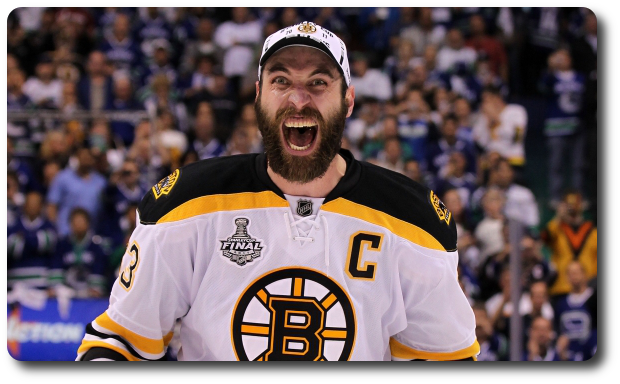 I’ll give you a moment to let the sorrow and anger wash over you. Just get through this moment so we can put the bad memories behind us. Please note I did not choose a picture of Chara holding the Cup because I am not an animal.

OK, so the Canucks had lost the Cup, but the city was guardedly optimistic. The 2011 team was the best hockey team Vancouver had ever iced, surely 2012 wouldn’t drop too far off from that. There were some cracks starting to show in the foundation (letting Raffi Torres walk, letting Ehrhoff walk, Kesler being half broken from the previous run), but come on, this was a team that still had Luongo and the twins and the solid, if not flashy, defensive core that looked so good when it wasn’t full of broken bones. Also, Marco Sturm was joining the team! What a great-

OK, nobody liked that signing. Luckily they traded Sturm for David Booth-

OK, that didn’t work out either. But at the time, Booth looked like a solid pick up.

The team started off slow, which was to be expected due to the annual case of the Luongo Octobers, and because the team didn’t have a ton of rest after such a lengthy playoff run. Still, they began picking up steam and looked like the offensively gifted team of 2011, right up until they hit the infamous January game against Boston.

This was a game every fan in Vancouver circled on their calendars, because that was the game a moral victory was up for grabs. The kind of moral victory that says “Yeah, we didn’t win the Cup, but screw you, we’re winning this regular season game!”

You might laugh at that notion, but it was a hard fought game, with both teams going all out to win it. It also gave us the greatest moment of Hodgson’s Canucks career:

It was also notable in that the goalie who got the start that game was none other than Cory Schneider. In what had become a trend in 2012, Luongo and Schneider were starting to split games against tough opponents. Whether it was due to the team wanting to let Cory grow as a goaltender, or if it was due to the fact Canucks brass had loss confidence in Luongo’s ability to win the big game, all that mattered to the outside looking in was the fact that Luongo’s crease was threatened for the first time since joining the team.

Regardless, the Canucks seemingly never recovered from going all out in that Boston game. They managed to win the Presidents’ Trophy, but down the stretch they didn’t look anything like last year’s team. They struggled against lower opponents and the dynamic offense of a year before disappeared for long stretches of time. When they finally started the playoffs, they were missing Daniel Sedin thanks to the elbow of doom from Duncan Keith who actually looked like he was trying to stab Daniel Sedin to death with his elbow.

As a result of a team missing half of its Twins Super Power, and the fact LA was just about to turn into the Corsi Kings of the Advanced Stats World, the Canucks were down 2-0 before anybody knew what had happened. It was at this point the team went with Cory Schneider in game three, and for the rest of the playoff run (which ended in five games).

Essentially it was telling Luongo, who had played well in the first two games, that the future was now, and that Schneider was the man of the hour. Luongo told reporters in the off-season he would waive his no-trade clause if asked, because he assumed it was time to move on. Cory Schneider signed a new three-year deal that offseason, and everyone waited for the inevitable trade.

Except the trade never happened, of course. In what would become one of the weirdest divorces in NHL history, Luongo was asked to stay around while the new wife found her bearings. Luongo, who was so sure he was moving he sold his condo in Vancouver, suddenly had to find a place to crash for the season. In an amusing twist of fate, Luongo actually ended up starting the playoffs that year due to a Schneider injury, a playoff run in which Daniel Sedin got his first penalty ever for throwing a body check.

It was during this season that @Strombone1 was discovered. A mysterious twitter account believed to be Roberto Luongo, except it was…. funny? And it loved toilet humor. And I mean, LOVED it. Remember Luongo’s first twitter profile picture? 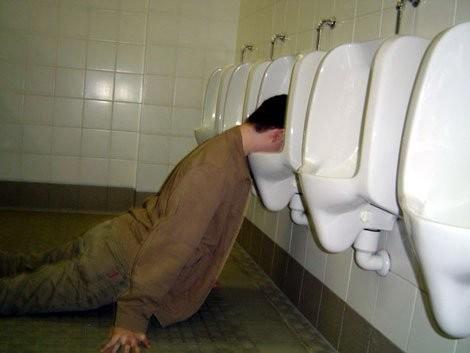 He tweeted about The Bachelor, he tweeted about the Kardashians, and he made fun of himself. None of this matched up with the Luongo people knew from his first years in Vancouver. The Luongo people saw in Vancouver was guarded. He was stiff. He bordered on arrogance. There were accusations of Luongo throwing his team mates under the bus, a perception that Luongo confirmed bothered him and was part of the reason he gave up the captaincy to Henrik Sedin. He became short with the media and started casually glaring at people:

None of this is meant to be an indictment of the man. You play in a market that watches every single move you make and it’s hard not to become jaded and grow a healthy distrust of the media. When you’re the goalie, the captain, one of the highest paid players on the team, and you haven’t won a Cup yet, however? The pressure is dialed up all the way to 11 on you to perform. Any flaw, no matter how small, is seen as a possible reason the team hasn’t won the Cup. Fans and media alike, would often go for his throat. No quarter asked, none given.

Once that pressure was relieved on Luongo in 2012, once he thought he was done with the hockey mad market of Vancouver, it was almost as if he started having fun on his twitter account. When people started making noise that he was indeed the man behind Strombone, he could have stopped, but instead he forged on. Often times making jokes at his own expense and his own situation. Saying things that in the past would have gotten him railed in the media, but behind the anonymity of twitter, he was lauded for it.

For a man who was once buried for talking about the difference in goalie styles between Tim Thomas and himself, it must have been very freeing to make a joke about overtime poops and have people laugh along with him.

Luongo started making friendships with people on Twitter. He created fantasy football groups with online fans. He gave an interview for a simulated Canucks season  (thanks again, Roberto) and again, continued to poke fun at himself:

He even made fun of the Chelsea Dagger song, the Chicago goal song that haunts many Canucks fans dreams to this day. In the past his bad games against Chicago was what fueled many of the anti-Luongo fires, but there he was, cracking jokes about it. Gone was the man who had seemed so arrogant and so distant. In his place was a pretty funny goalie, dealing with his bad days as best he could.

Luongo continued his fun twitter presence, even after he finally admitted he was Strombone1. He also remained upbeat despite being stuck in Vancouver, waiting to be traded. He had some bad times, like when he wasn’t traded at the deadline like he thought would happen. He also had some surprising times, like when Schneider was traded at the draft instead of him (which was the equivalent of asking your ex-wife to come home so you could have somebody to cook for you now that you’d left the new girl).

Luongo, who had made a mental break with Vancouver once they had chosen to go with Schneider, even came around to the idea that he could forgive the team for telling him he wasn’t a number one goalie anymore, and that they didn’t believe in him, He was even looking for a house in Vancouver up until the Heritage Classic debacle…

Remember, Eddie Lack is like the world’s nicest guy. Booing him is the equivalent of booing a puppy.

Still, the Canucks fans booed him that day because they loved Luongo. Maybe it was easy to relate to a guy who was in a shitty situation at work. Maybe they could relate to a guy who was constantly being told he wasn’t good enough. Maybe they could respect a guy who didn’t complain and did whatever was asked of him, even if it put him in a bad spot. Whatever it was, fans seemed to relate to Luongo, and they loved him all the more for it.

Just how much did the fans embrace Luongo? They “Luuuuu’d” him his entire game here in Vancouver this season. Even with the home team losing, the city gave him a standing ovation, and “Luuuu’d” their hearts out for him. Compare this to the cut throat world Ryan Kesler found himself in when he arrived in Vancouver for his first game, and it’s night and day.

That is what is fascinating about Luongo’s time in Vancouver. Not many athletes can change their perception like he did. Once you get labelled as something, it’s almost impossible to shrug it off in the sporting world. Luongo, however, was able to open up and find a way to connect to the fans on a higher level than many before him. Pavel Bure came across as a cold mercenary, and he was never embraced the way Luongo was. Markus Naslund was loved, but he also came across as guarded. Luongo though? We saw every side of him. We saw him cry, we saw him laugh, we saw him angry, we saw him poop. And we loved him for it.

There are many, however, who simply enjoyed and respected Luongo for who he was. And for them, they will always Lu him, no matter what.

Even in the grocery store, where it would get super awkward.