The war against so-called “boutique” restaurants has migrated to a new location as the battle for the Downtown Eastside rages on.

After months of protests at the PiDGin on Carrall Street, professional protester Super Barrio has led Downtown Eastside “anti-gentrification” activists to a new picket location. Yesterday, July 5, they began their daily picket outside the newly opened Latin American Cuchillo restaurant at the intersection of Powell and Gore.

Like the ongoing protests at PiDGin (which began 5 months ago) not too far away, they plan on staying at Cuchillo until the restaurant closes – even though it’s not really a “high-end” restaurant, although it’s certainly a notch above what the neighbourhood is used to.

Of course, their [misguided] solution to their perceived issues and idea of retaining the neighbourhood’s status quo of poverty and drug addiction is to picket and harass the owners, working staff, and the customers of these small businesses that pay taxes and contribute to the economy and local community. All the while, they are also cowardly wearing face covering balaclavas and masks.

Their tactics in the past have included harrassing patrons as they attempted to enter restaurant doors, blocking the doors to the restaurant, and flashing lights at customers through the windows of the restaurants.

The Vancouver Police Department and the City of Vancouver have not taken action on the original PiDGin protesters and their stance likely won’t be any more different for Cuchillo, although one altercation at PiDGin did lead to 2 arrests. But really though, as annoying it may be, this is great free publicity for both restaurants. Did you know about Cuchillo or PiDGin before these protesters made their mark at their front doors?

Suddenly, we have cravings for Latin American food! Here are the Cuchillo and PiDGin protesters’ bizarre and extreme picket demands: 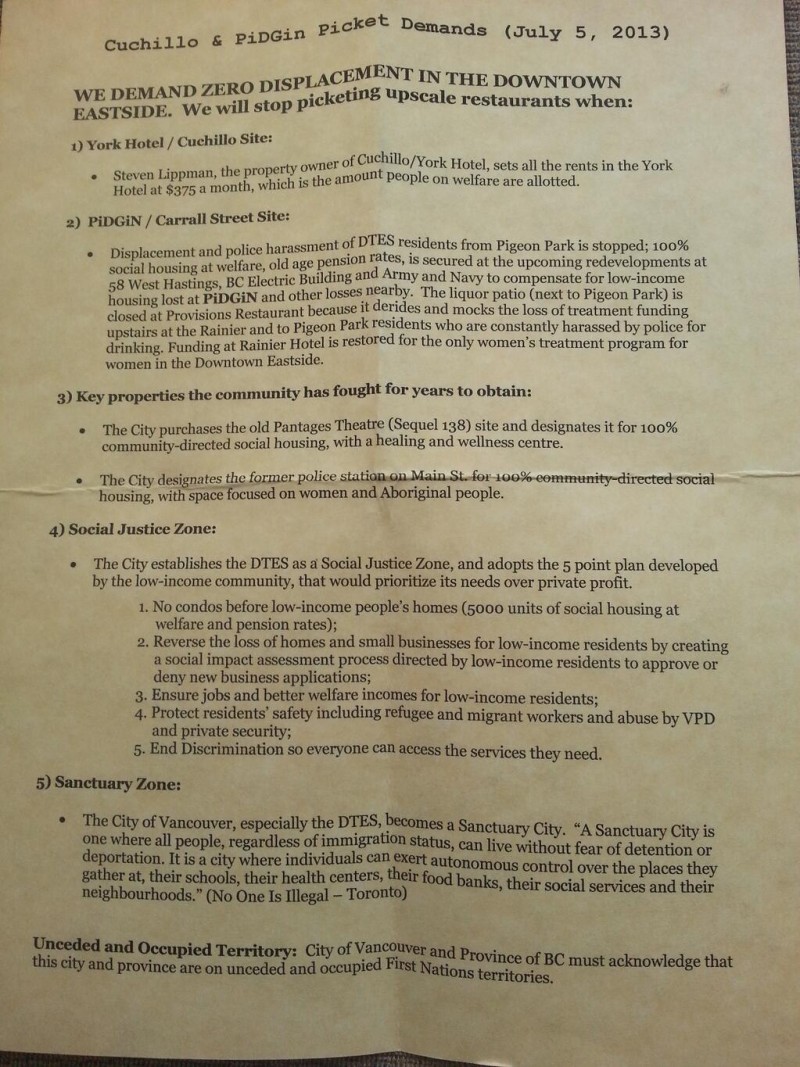