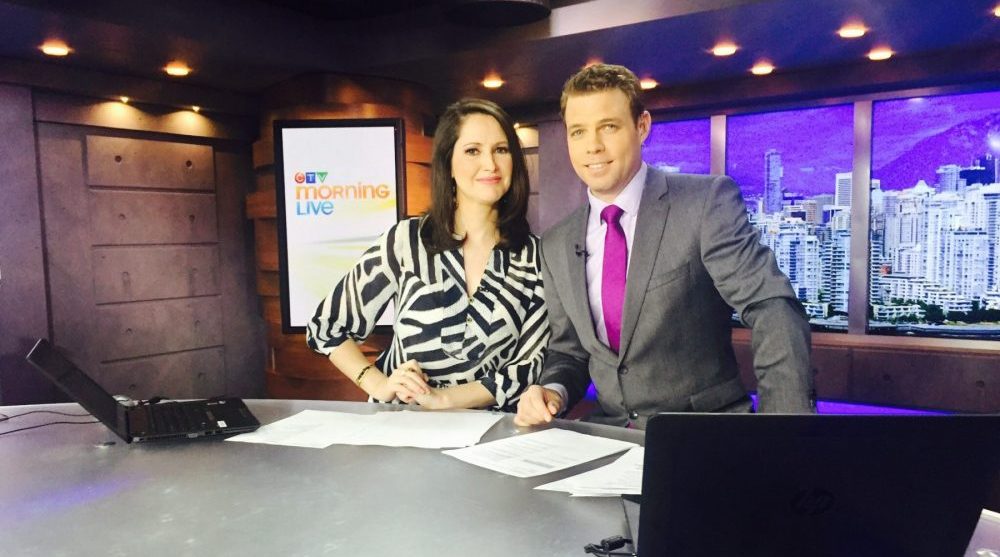 When Royal Roads University graduate Julie Nolin first set foot on the institution’s Victoria campus, she instantly “fell in love with the school.” Moved by the desire to “do something new and different” with her pre-existing journalistic skills, Nolin applied to the Professional Communications program in 2008 and graduated with a specialization in Intercultural and International Communication.

Throughout her years spent earning her MA, the communications instructor and multifaceted CTV journalist traveled to China for an academic residency that “opened up [her] world”, meticulously honed her intercultural communications skills, and formed lasting friendships that she still cherishes today.

“I think that it’s important for journalists to have more intercultural communications skills than ever before,” says Nolin, on why she values her degree earned at Royal Roads. “In this age of globalization, it’s incredibly important for us to understand how people communicate differently, and that makes us better communicators, interviewers, and researchers.”

The skills she acquired while studying at RRU would eventually lead her to her current positions as a journalist and full time tenured communications instructor. Whenever she’s not teaching, her job with CTV keeps her hands busy, whether she’s working as a story producer, managing editor, reporter or backup news anchor.

On top of working two jobs, Nolin is a mother to two sons. She notes that Royal Roads’ blended program was special because she was “allowed to be a mom” while she studied there, thanks to a combination of online and in-classroom curriculum.

“It gave me that freedom, but it was still an incredibly hard program,” she says. “It was just something that I pushed myself very hard to achieve high marks in, but for me, it was the opportunity to take my professional experience, apply it in a new way, learn about new theories and concepts, and be able to go to China. It truly was life-changing for me.”

The program promises an education in media and globalization, discourse and critical analysis, and intercultural communication. The professors there are well-trained and experienced in travelling, so they’re well-equipped to accompany students during their residencies abroad.

If Nolin had to summarize her time at Royal Roads in a single phrase, she would describe it as “absolutely fantastic.” She credits the critical thinking skills that she gained there for making her a better journalist, teacher, and parent, but those assets didn’t come without consistent hard work.

“Be prepared to give a lot to the program because you’re going to get back so much more,” she offers, as a word of advice to current and future students in RRU’s Communication program. “Prepare to work hard, but also prepare to have incredible benefits from the program. Like anything in life, if you invest and engage 100% you’re going to get that back tenfold. I think that that’s how it changed me.”

In a world that is becoming increasingly diverse, it is crucial for journalists to be able to bridge the gaps between cultures. The MA in Intercultural and International Communication encourages students to do that, along with teaching them how to think critically and ethically in a professional environment.