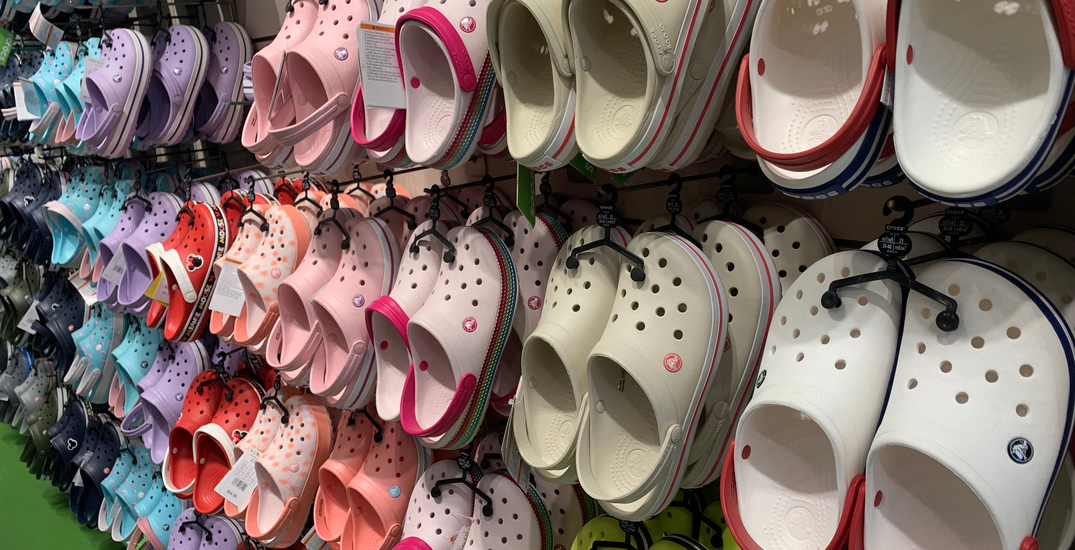 Goodbye high heels. Crocs (NASDAQ:CROX) are the new it shoe of the pandemic.

There have been many weird changes to our lives over the last year—no longer is it considered lazy to have everything delivered to your door, travelling one suburb away now feels like a vacation, and weed has been deemed essential.

But let’s not forget about the shoes. Comfort has come first, with sneakers the new staple and high heels a relic of the past. And it’s not just Air Jordans that have been on everyone’s feet the past year, apparently.

The rubber clog that people either love or hate has also been a pandemic favourite. Yep, we’re talking about Crocs. The polarizing footwear, which gained a cult following for its comfort and also a reputation for being aesthetically unpleasing—has been soaring on the stock market.

The company’s shares skyrocketed 16% on Tuesday after revealing its record-breaking earnings for 2021’s first quarter and its outlook for the rest of the year. The report showed revenue for Crocs increased 64% to $460 million—the third quarter it smashed records. It also reported a net income of $98.4 million, an increase from $11.1 million the year prior.

On the earnings call, Crocs CEO Andrew Rees said he was “incredibly optimistic” about the rest of 2021 for the company and announced that it has “substantially” raised its guidance for the year.

Why Crocs, why now?

Crocs have always been a popular choice amongst healthcare workers, because of their comfort, so there’s the possibility that the rise in hours workers spent on their feet the past year could have contributed to a rise in sales.

One of the main reasons that Crocs sales are likely to have surged in the past year, though, is the shift to WFH—as anyone too embarrassed to wear their Crocs outside of the house no longer needed to.

The shoes have been making an appearance on more than living room carpets recently, though. Questlove recently stepping out onto the 2021 Oscars red carpet in a gold pair.

Questlove, and his gold Crocs, have arrived to the 2021 #Oscars red carpet https://t.co/JxHhTRdpzD pic.twitter.com/Ho7c7FZyJH

Justin Beiber himself has also jumped on the Crocs bandwagon, designing a new pair that comes with socks, (which Victoria Beckham said she would rather die than wear).

My second collab with @crocs is dropping around the 🌎 tomorrow and it comes with socks #JBxCrocs @drewhouse pic.twitter.com/81XWV05KWv

But even though Beckham isn’t keen on Beiber’s latest design, a lot of other people clearly were, with the shoe selling out in just 90 minutes.

So what’s next for Crocs? Will Crocs stocks continue to surge? Will investors be as polarized with investing in stocks of the company as they are about wearing the shoes? Time will only tell.