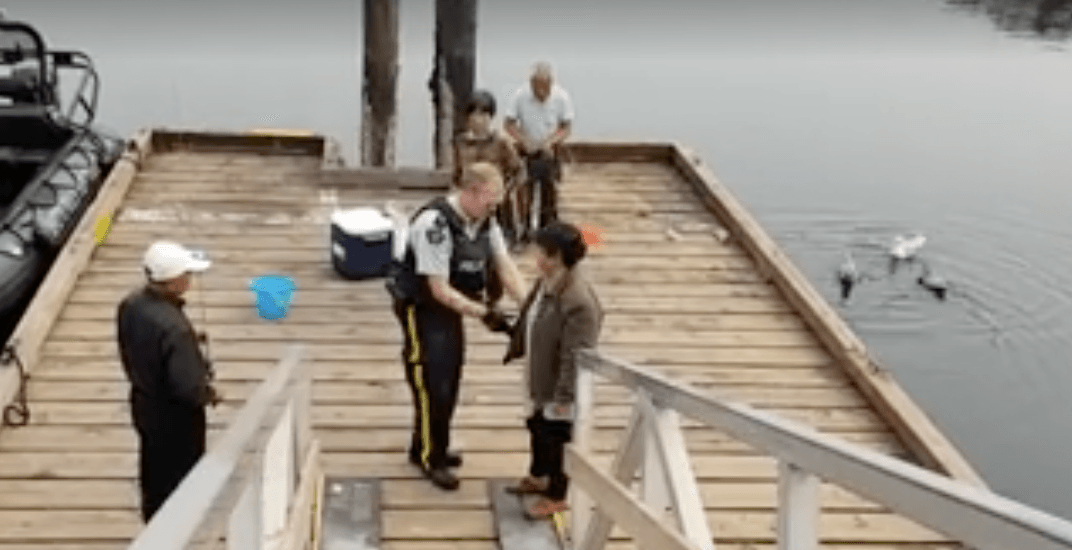 Two people were ticketed and fined for fishing infractions at the White Rock pier recently. (Screencap)

An “act of greed and cruelty” resulted in fishing infraction tickets and fines for a man from Belgium and a woman from White Rock at the White Rock pier recently.

A video of the pair being ticketed was captured on camera and posted to Facebook by Andrew Newman, owner of White Rock Sea Tours & Whale Watching.

The business owner writes that “all summer long I have seen crab being caught without pinchers or legs and wondered why.”

Newman alleges that “poachers break the legs off live animals that are female or young that they are not allowed to take and they throw the live animal back into the water to fend for itself with no arms to feed itself.”

In the video, the officer can be seen pulling crab claws out of the pockets of the woman’s jacket.

Spears said that officers from the Department of Fisheries and Oceans are investigating the incident and allegations as well.