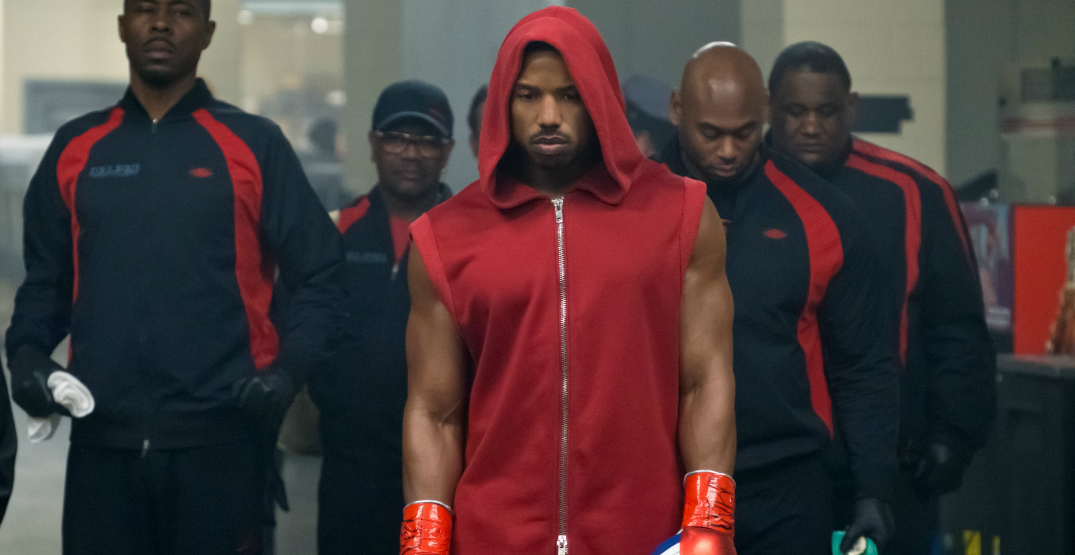 If you’re like us, then you’ve been counting down the days until Creed II arrives in theatres, eager to see where the story of Adonis Creed and Rocky Balboa goes next (and/or eager to see Michael B. Jordan looking absolutely swole — both are great reasons).

If you haven’t seen the first movie in the series, stop reading right now and go check it out. We’ll wait.

All caught up? Excellent. There’s nothing better than a workout montage (or several) to get you pumped up and inspired to be your best in every way. And nobody does a montage better than Creed. So before you go and see Creed II only to come home wishing you had the body, style, and attitude of Adonis (literally), we’ve put together a quick cheat sheet.

So if you ever wanted to know how to workout, dress, and generally carry yourself like a heavyweight contender, look no further. Let’s get ready to rumble! 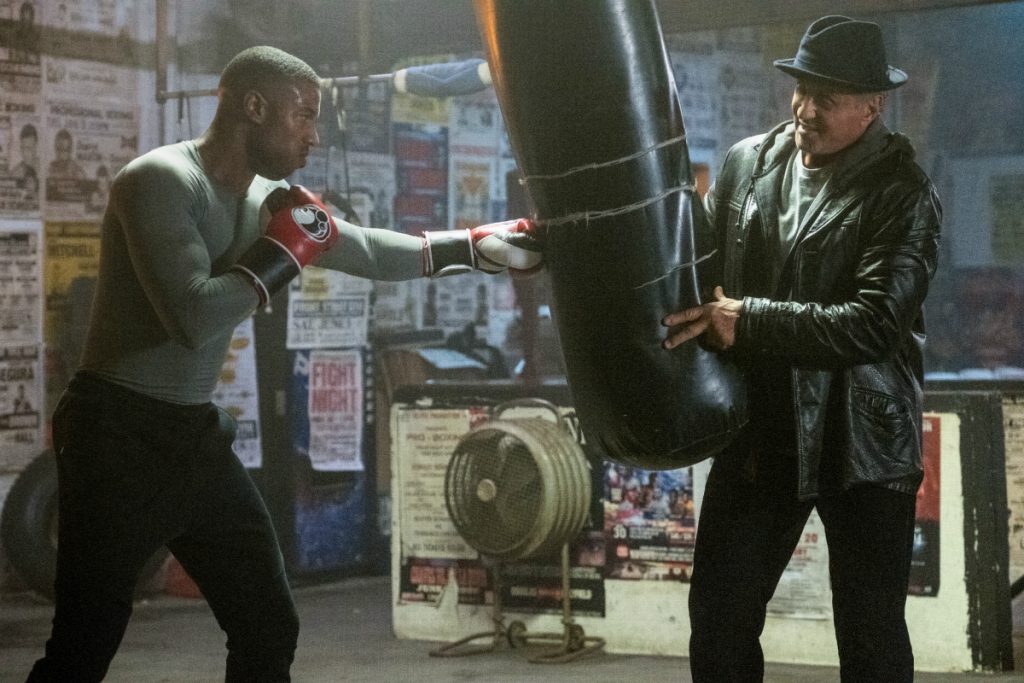 We’re not promising you’ll be able to get in fight-ready shape like Adonis Creed before the movie comes out on November 21, but we can give you the lowdown on how Michael B. Jordan got into shape.

So if you think you can go the distance, Men’s Health compiled the details for the Creed II Shredder Workout, which probably feels exactly as intense as it sounds.

In true boxer form, you’re looking at a lot of jump rope-based cardio, and a mix of bodyweight (push-ups and sit-ups) and free weight (kettlebell swings and dumbbell squats) exercises.

Oh, and don’t forget to go several rounds in the ring first. Boxers have muscles and punching power, but the name of the game will always be stamina and cardio. So if you want to roll into your local theatre with a bit more swagger in your step, today’s the day to start working this workout into your daily routine. Your (soon-to-be-visible) six-pack will thank you. 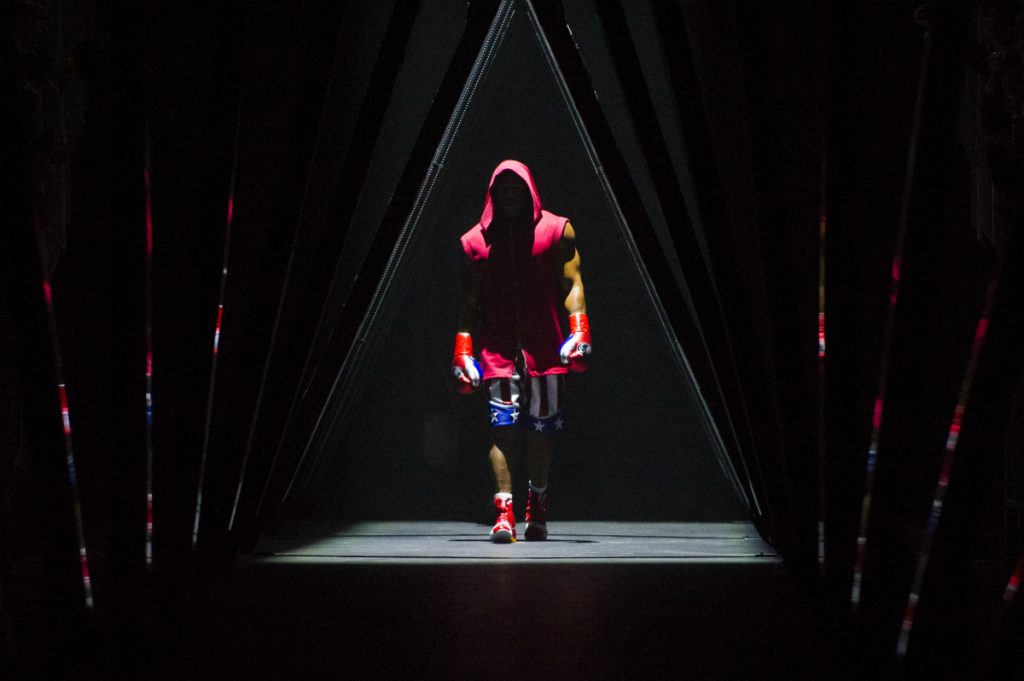 If you want to look like Adonis Creed, it’s time to hit the (boxing) gym. But if you want to dress like him, you won’t have to sweat quite as much. The name of the game is athleisure.

Adonis is an athlete, and in most scenes in the Creed films he’s either working out, boxing, or getting ready to do one of those two things. So if you want to dress like him, you’re looking for high-performance athletic gear.

This article from GQ highlights how he dressed in Creed — lots of Nike athletic gear. We’re not talking about your ratty old gym shorts and a T-shirt you got for free at a work conference last year; this means compression tights, hoodies, and shorts that give you enough room to move around without looking too baggy.

But we’re missing a key element to any outfit, and for Creed II, they’ve pulled out all the stops. 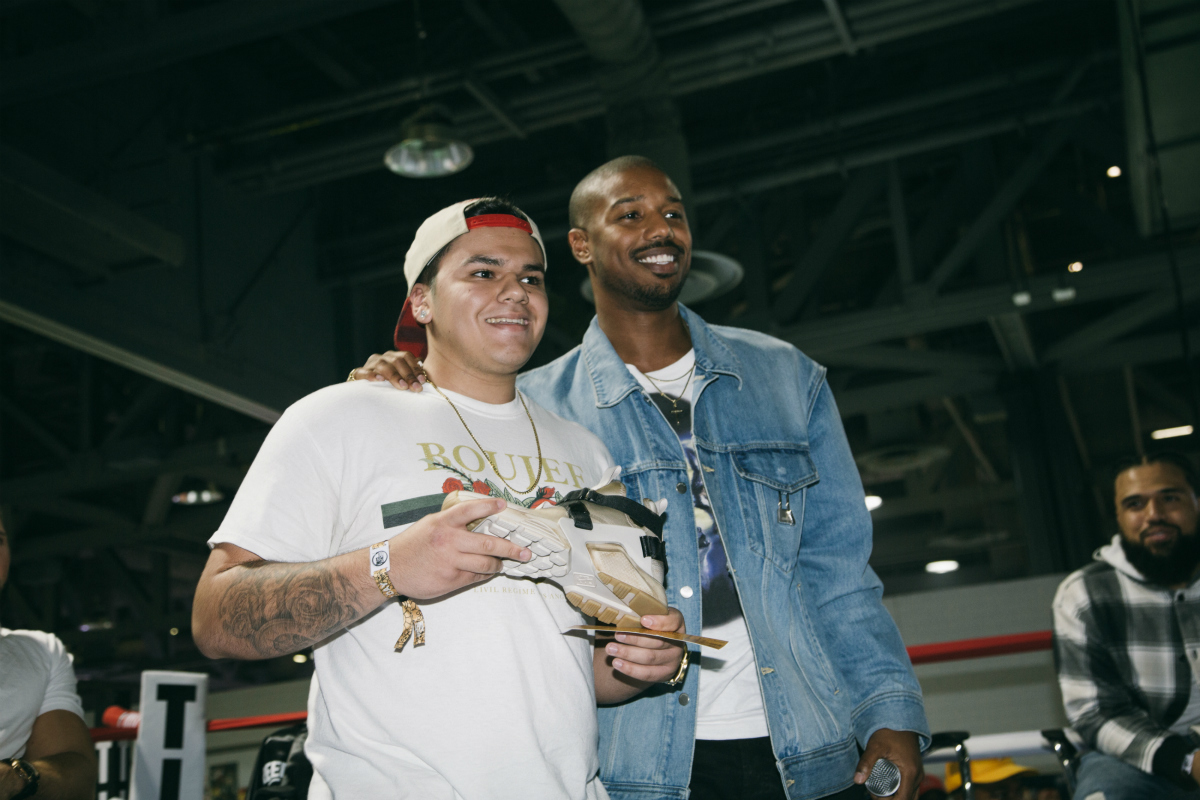 Adonis Creed laces up his boots like any other boxer when he steps in the ring (gotta have that ankle support), and sported a variety of Nike kicks throughout the first film. But for Creed II, Michael B. Jordan stepped up and did something special: He made his own pair of custom Nike Huaraches.

The shoe itself is featured all over Creed II, and it’s getting a limited release alongside the movie. If you have the body (cardio forever!) and the clothes (that workout gear isn’t just for show!), then it’s only right that you go ahead and add the shoes to complete your Adonis Creed look.

Creed II hits theatres on November 21, and if it’s anything like the first one, you’ll be stunned by its heart, its drama, and how many feels it wrings out of a story about dudes punching each other.

But if you want to cop those Huaraches for yourself right now, here’s how you can enter to a win a pair.

Enter for your chance to win a pair of custom Nike Huaraches.