$7 for a pound of broccoli? It’s closer to reality than you may think.

British Columbia may boast a rich agricultural economy, but we still get a significant portion of our fresh fruits and vegetables imported from the United States. Thanks to a drastic and ongoing drought in California, where much of that produce is grown, fruits and vegetable prices on this side of the border are likely to see a major spike soon.

A new report commissioned by Vancity called “Wake up Call: California Drought & BC’s Food Security,” cautions B.C.’s consumers of a potential 34 per cent increase in the price of fruits and vegetables this year.

The last 30 months have been the driest on record in California, and the thirsty state of the state means their agricultural industry is taking a hard hit.

Crops that need the most water to grow are the ones for which we will see the biggest price hike here in B.C. This is where that $7 crown of broccoli comes in. And it may be what you find at your local Safeway or SuperStore in the next five years.

California produces 95% of the U.S.’s broccoli, and is considered a “heavy feeder” when it comes to its water needs–“broccoli [is] estimated to require over 20L of water per head,” notes Vancity’s report. B.C. is making less broccoli, and importing it from California, where it costs more to grow and less is being grown. If the trends in pricing and production continue, “paying $7 for a crown of broccoli or $3.50 for a head of lettuce could be a reality in the five years.”

The report tracks multiple trends in produce in B.C. and in drought-stricken California. Overall, should those trends persist, we can expect to see our prices at the supermarket up between 25 and 50 per cent by 2019. That means an added $30-$60 per month to the average B.C. grocery tab. 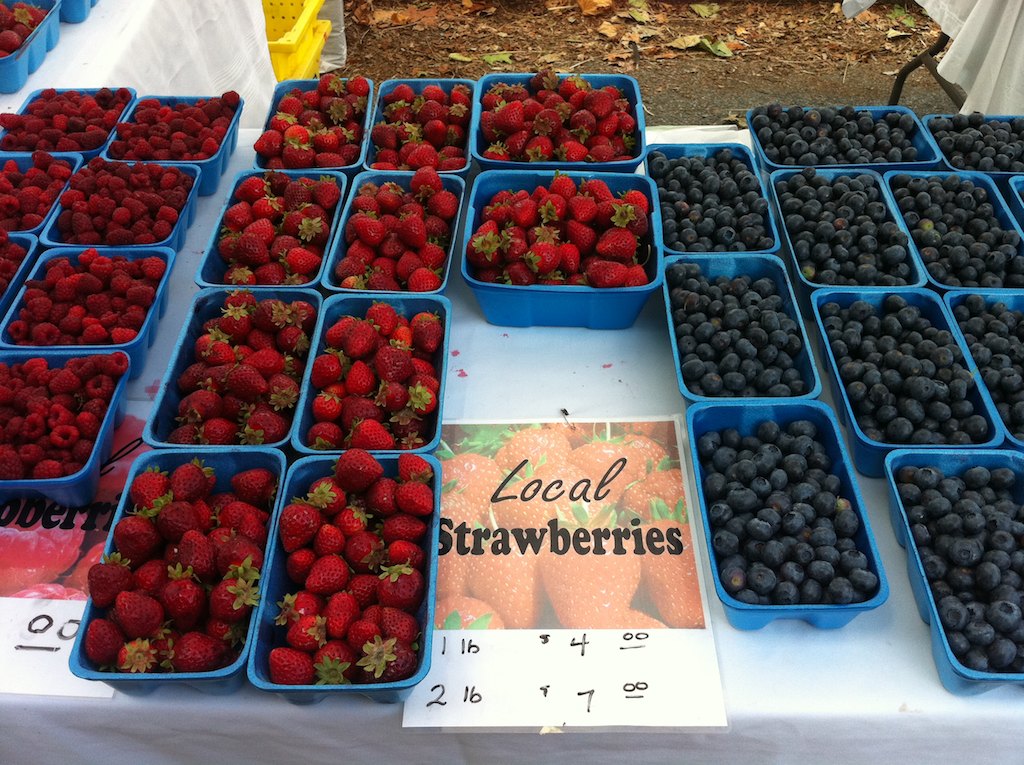 In order to avoid reliance on high-priced imported produce, the report calls for consumers to support local sustainable food systems. Doing so will help B.C. “to have a resilient and secure food system in the midst of global challenges such as climate change and economic instability.”

Some ways that B.C. consumers can support local agriculture include learning about what is in season locally, when its best to buy those products, and how to prepare and store them. Other ways to eat local fruits and veggies are to join a community-supported agriculture subscription program, where you receive a regular box of fresh local produce from regional farms. B.C. residents can also support our agricultural economy by dining at restaurants who use local produce, and shopping at farmers’ markets.