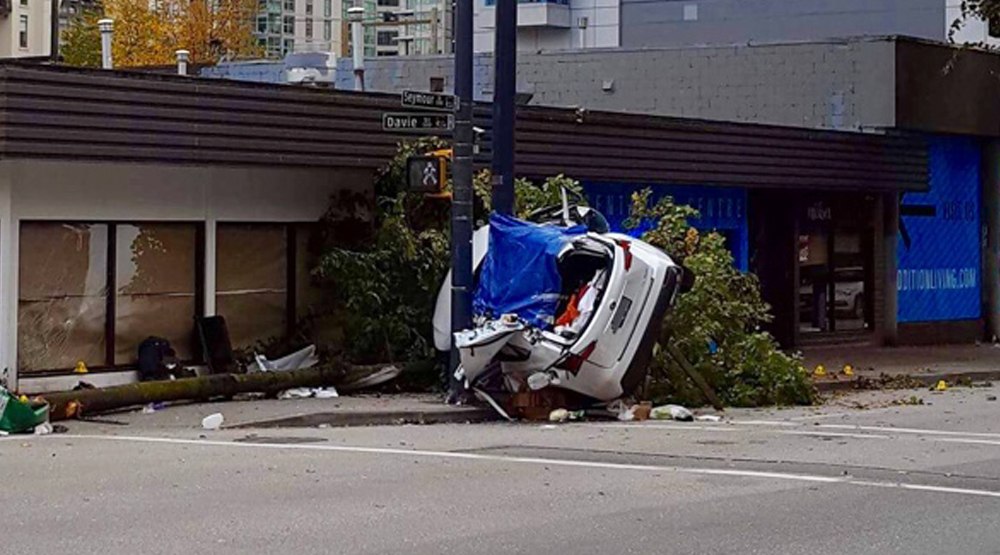 Vancouver Police are investigating after a fatal car crash near Seymour and Davie streets has killed two and left three injured.

According to Const. Brian Montague, the crash happened just before 5:30 pm on Monday when a Lexus travelling north on Seymour Street lost control, went off the road, and struck a large tree followed by a lamp post at Davie Street.

The two occupants of the vehicle were killed instantly and three pedestrians have been taken to hospital after being struck by the falling tree and flying debris.

Police are investigating the incident but say speed will be a contributing factor.

Anyone who witnessed the collision or events leading up to the crash, who has yet to speak with police, is asked to call the VPD Collision Unit at 604-717-3012.

Police are asking drivers to avoid the area.

Terrible car crash on Seymour and Davie. Firefighters using the jaws of life to get to driver. pic.twitter.com/9qSkF8mgpm