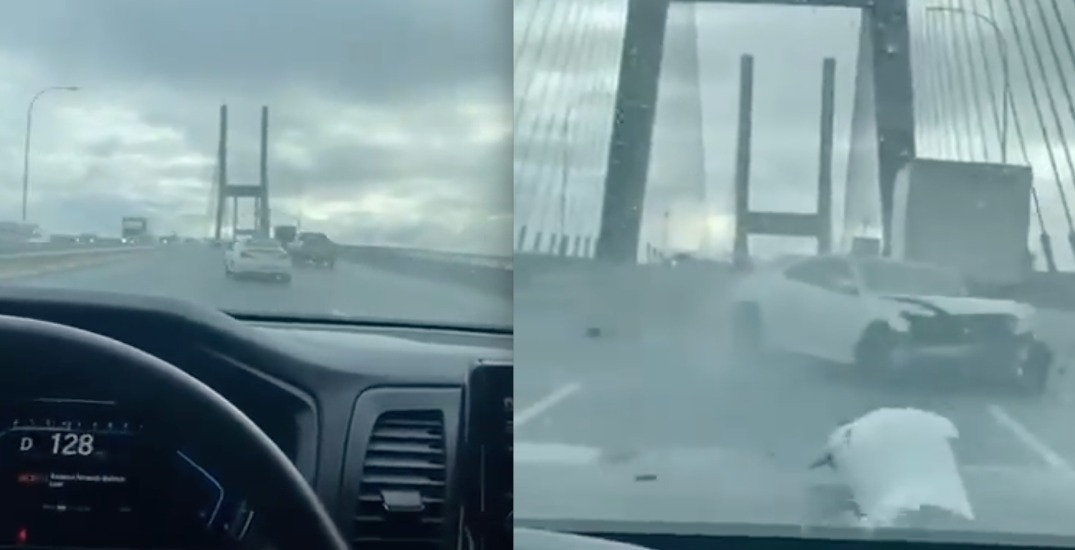 A video being shared on Reddit captured the moments leading up to a dangerous crash on the Alex Fraser Bridge.

The 26-second clip on Reddit appears to be recorded from a vehicle that witnessed the crash. A white car passes the vehicle and can be seen attempting to cross from the right lane to the left lane of the bridge.

The driver of the white car appears to lose control and the vehicle spins out, crashing into both the middle and right barrier of the bridge before coming to a stop. The car that records footage of the crash can also be seen reaching speeds of 130 km/h before the video ends.

Corporal Mike Halskov confirmed with Daily Hive that they attended a single-vehicle, single-occupant collision on the Alex Fraser Bridge at approximately 1 pm on Wednesday.

Emergency crews attended the incident, and RCMP said the crash led to minor injuries. Congestion and closures snarled traffic for several hours in the early afternoon.

Halskov was unable to disclose further comments on the “ongoing investigation.”