After its fair share of delays, the much anticipated CRAFT Beer Market has opened its doors. We had a chance to preview exactly what CRAFT is bringing to Vancouver prior to their grand opening on November 7.

It was a little over a year ago that plans were announced for the “mega-pub” known as CRAFT Beer Market to move into the historic Salt building in Olympic Village. A few push backs moved the grand opening from this summer to November, but excitement for this space hasn’t stopped. Why? For one, it’s another sign that the Village has finally become a livable area (which was boosted by last year’s opening of Tap and Barrel); another reason is the continued growth of the craft beer industry in Vancouver, which will be well represented at CRAFT. And finally who can resist a new restaurant opening, especially one with 140 taps!

So how does CRAFT Beer Market fair as the newest establishment in town?

The Salt building is a gorgeous historic landmark, and CRAFT has utilized the space wisely, blended old world with new world. The feel is of an airy, vintage warehouse, with rough-hewn timbers criss-crossing overhead and light filtering in from massive windows. Using the original 1930s framework and featuring impressively high ceilings, the eye is immediately drawn to the overhead tap lines (4km’s in total!) that run along the large wooden trusses. It’s a unique feature, as most bars and restaurants run their lines underneath, hiding the whole process. CRAFT doesn’t shy away from showcasing their impressive beer stock, the storeroom is lovingly encased in glass and situated near the main entrance for all to see.  Just to put it in perspective, the total length of the beer lines in CRAFT are a staggering 439 meters long (that’s over twice the height of the Shangri-La Hotel).

The 13,000-square-foot space has room for 400 seats, plus a 50-person patio and is held together by the central oval bar and two raised mezzanine areas on either side of the building. 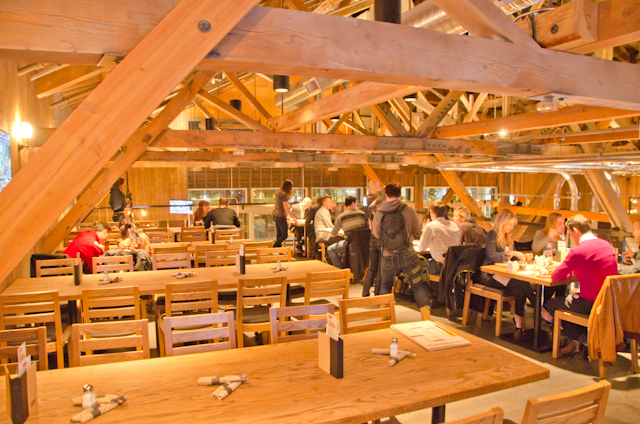 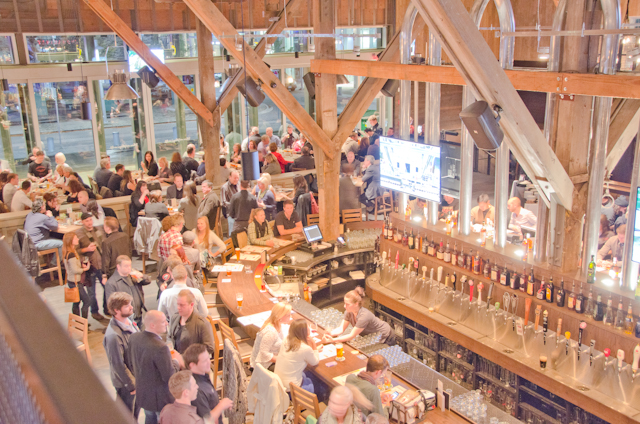 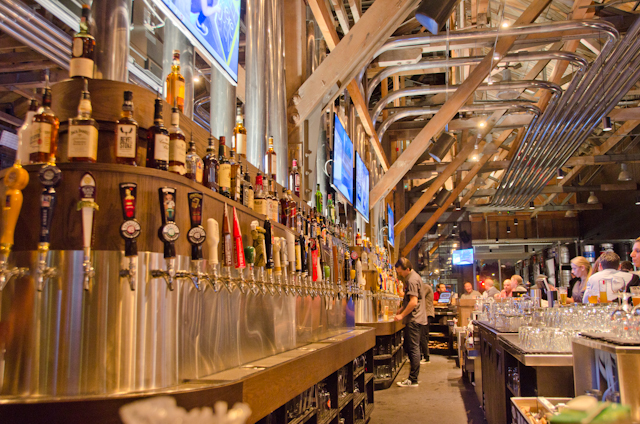 CRAFT has stressed that they aren’t strictly a pub, and while they do have a ridiculously large beer menu (more on that later) they are focused on providing a menu that draws from local ingredients. CRAFT calls their style “New North American Classic Cuisine” which essentially means a more sophisticated take on comfort food.  Everything is made in house (including breads) and with locally sourced ingredients; and yes they cater to the gluten free crowd with gluten free breads, pastas and buns.

Of course the standard pub fare is available as well, with their own unique twist. Burgers, sandwiches, flatbreads, pastas, soups, salads and tacos are all on the menu. We predict that the 20 napkin burger will be a hit with two 8oz burgers, 4oz brisket, crispy bacon and beer infused cheese, even comes garnished with a mini burger!

Prices are fairly reasonable at $14-$16 for burgers and sandwiches, and mains between $16-$25. CRAFT also features a small brunch menu which will be available on Saturday’s and Sunday’s from 10 a.m. to 2 p.m. 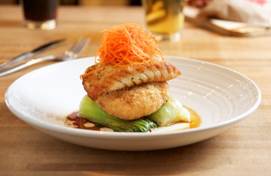 Now to the good stuff. As Canada’s largest taphouse, CRAFT’s beer menu is overwhelming for the uninitiated. Not only do they feature more than 50 local craft beers, but they also have a massive selection of beer from Europe, the United States and Canada. As if that wasn’t enough, every Tuesday they tap an original local cask.

Most of your local favourites are represented: Phillips, Parallel 49, Russel, Red Truck, Howe Sound, Central City, R&B, and more. Noticeably absent are breweries like Powell Street and Oregon legend Ninkasi (there are however rotating taps which could rectify this issue). If you can’t decide on what to drink they have several taster flights available which may help you find a new favourite beer. Beers range from a standard rate of around $6.25 to a premium of $9.05.

Oh, and for those that aren’t beer drinkers, never fear! There are six red wines and six whites on tap as well, and a large cocktail menu available. 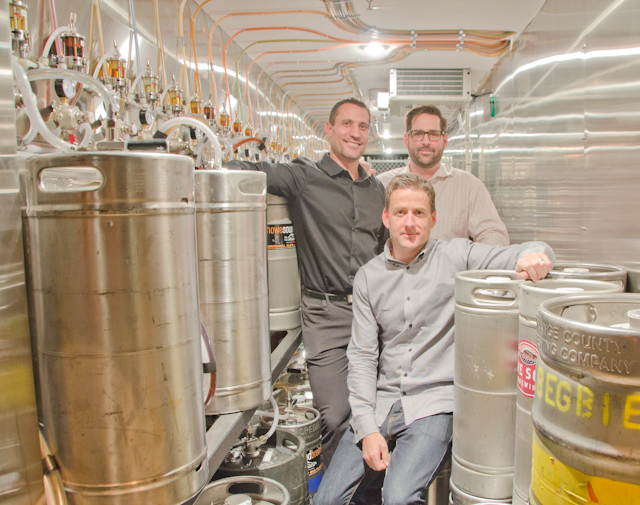 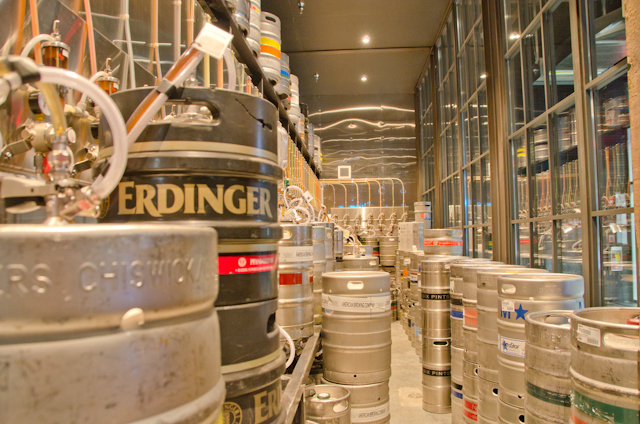 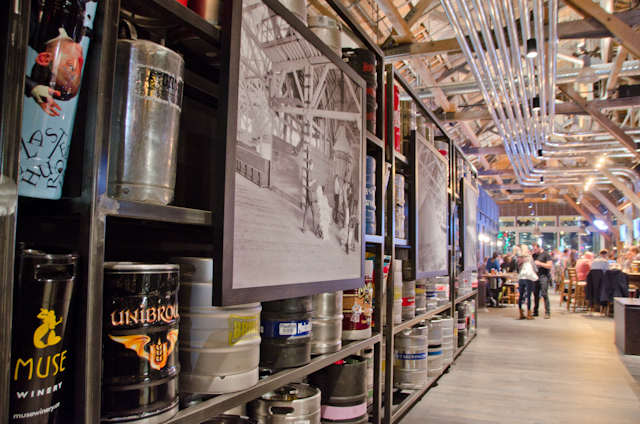 Thinking of moving to Olympic Village now that there’s stuff to do? Check out Kijiji for apartment listings.