Known more for its Pinot than pilsner, B.C.’s Okanagan is undergoing a revolution, and it’s all about craft beer.

While visitors to Kelowna can spend days meandering through lush vineyards with a crisp glass of Riesling, the city is establishing itself as a great go-to destination for beer and spirits lovers alike thanks to new, hip establishments that are literally breaking new ground downtown.

Just a stone’s throw from Waterfront Park, the 1919 building that used to house the British North American Tobacco Company is being transformed into a brewery and restaurant: BNA Brew Co., slated to open on June 1.

Owner Kyle Nixon, whose family used to own the Eldorado Hotel on Okanagan Lake, says even though Kelowna is slow to enter the “craft beer party,” they’re very enthusiastic about it. 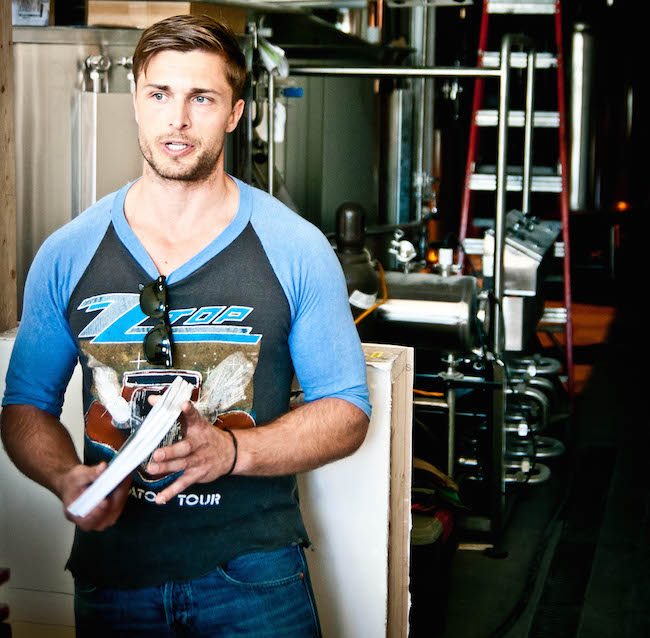 Kyle Nixon stands in front of the tanks at his new BNA Brew Co. in downtown Kelowna (Jonny Healy)

Nixon believes Kelowna is five years behind Vancouver on the craft beer trend, perhaps a decade behind Portland, but that the result is that local drinkers are demanding thoughtful, unique brews.

“A rising tide raises all ships,” he says.

The 240-seat brewery will feature four BNA beers, with the other eight guest taps rotating through handpicked B.C. craft brews. Oh, and there’s an indoor bocce court, if you needed more reason to stop by. 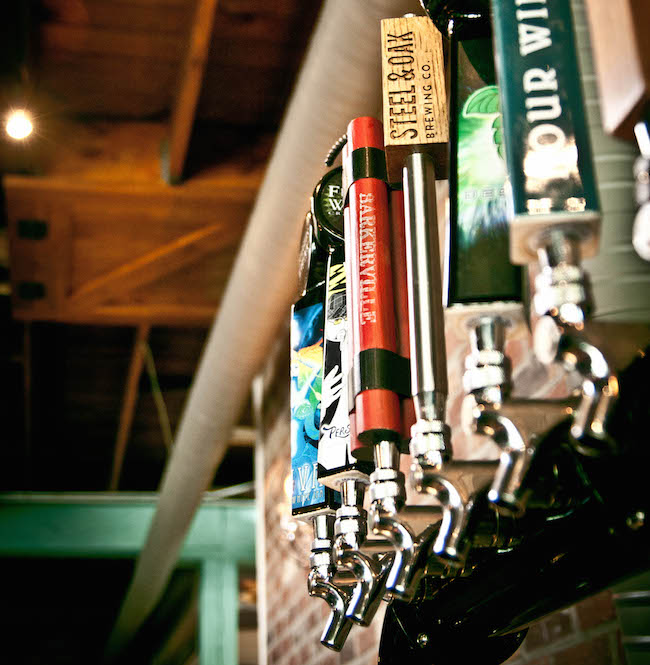 A sommelier by trade, you won’t find Luigi Coccaro handpicking vintages for diners inside the nearby The Curious Cafe.

There are four wines on tap, but here it’s hop-based beverages that are the pairing of choice for its wood-fired, Neapolitan-style artisan pizzas. There are 13 craft beers on tap, rotating often, from breweries like Barkerville Brewing and Persephone.

With prosciutto and soppresseta aging in the front window, guests can hang out at the communal tables noshing on pizza and enjoy a $14 beer flight to try out some new favourites.

This spring’s inaugural Great Okanagan Beer Festival served as the ultimate testing grounds for both Nixon and Coccaro, as well as Kelowna drinkers looking to expand their beer horizons. 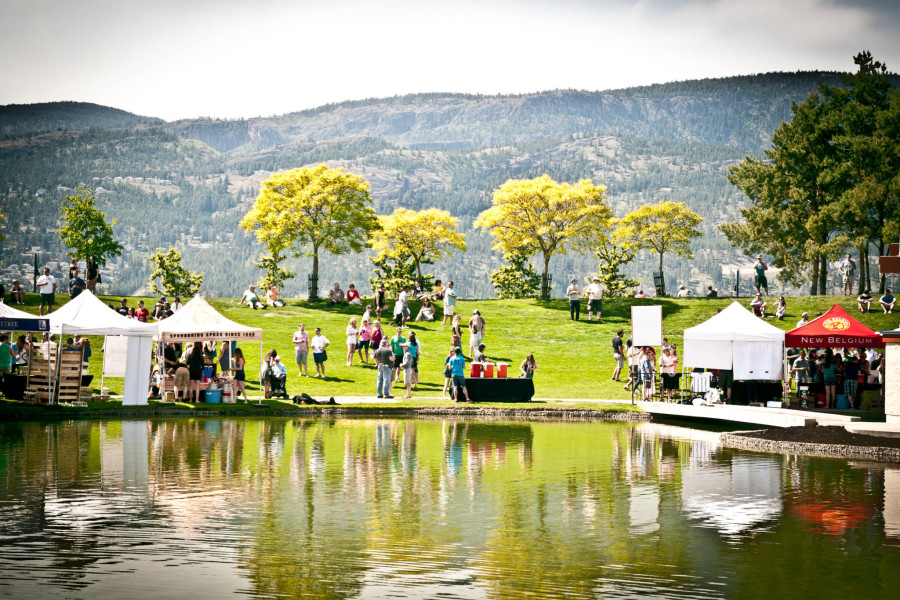 The Waterfront Park was transformed into a giant outdoor tasting hall, hosting 41 breweries primarily from the Pacific Northwest. For anyone counting, that’s 119 unique beers and nine hard ciders.

An initiative by Gibbons Events, the crew that runs the wildly successful Whistler Village Beer Festival, organizer Liam Peyton hopes the Kelowna festival will become an annual event. Tentative dates are already being considered for May 2016.

Visitors can tour the brewery, hang out in the hop garden or take a lesson in its “beer classroom,” complete with tiny old-fashioned school desks. All of Tree’s beers are “raw,” meaning directly unfiltered, and completely “tank to tap,” and you can enjoy a flight of four in its tasting room. Bowing to the nature theme, you can “pull up a stump” at the bar for a bite to eat too. 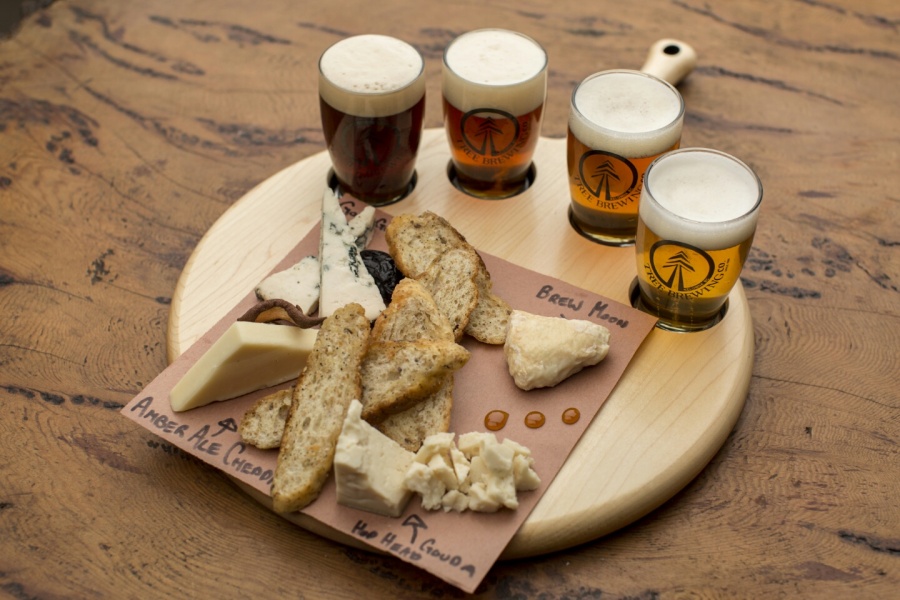 A flight and some nibbles at Tree Brewing. (Tourism Kelowna/David McIIvride)

The Beer Institute is also a stop on the unique “Grapes and Grains Trail,” Kelowna’s only wine, beer and spirits trail that meanders through downtown Kelowna’s industrial district. A far cry from the sweeping vineyards surrounding the city, this tour is less about taking in views and more about getting an education in all-things alcohol.

Yes, the self-guided tour does include wine — you begin with a tasting at Sandhill’s spectacular 8,000-square-foot wine experience space — and for an extra $10 you can take a virtual tour of its six vineyards spread throughout the valley, and how the unique topography and soil of each region shapes the growth of grapes, and the flavour of wine.

The real stars of the tour are the distilleries. Pop into Okanagan Spirits to sample its spirits made from 100 per cent B.C. fruit, without additives, chemicals or artificial flavours. They produce more than 25 varieties in traditional copper-pot Stills, including fruit brandies, Grappa, Aquavit and Taboo Absinthe. 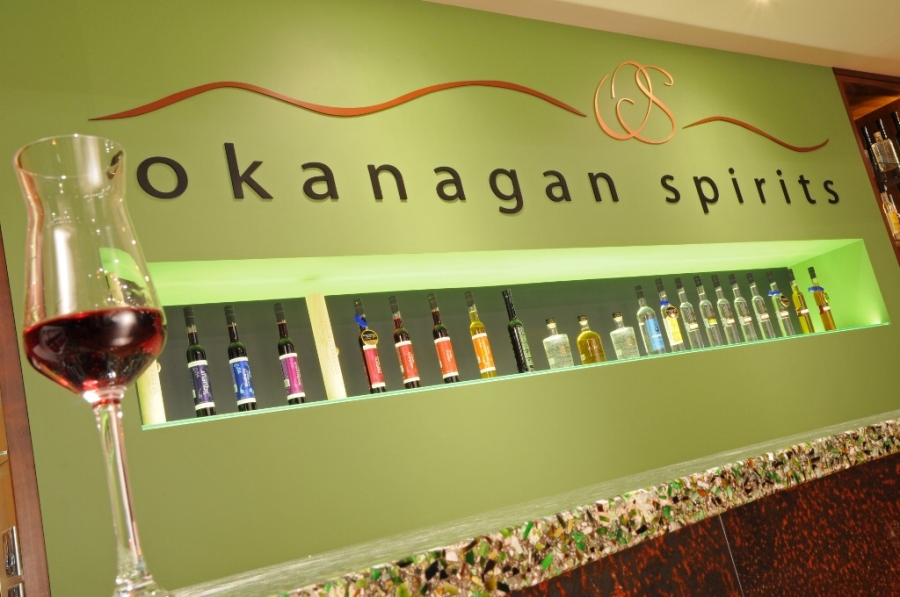 The last call on the tour is Urban Distilleries, Kelowna’s first craft artisan distillery, where everything used to ferment is “farm to glass”: grown right here in B.C. That means gin flavoured with Kelowna-grown lavender and apple, and each batch is hand-crafted using mountain water.

Owner Mike Urban says the artisan spirit industry has grown in leaps and bounds thanks to the craft beer revolution.

“We’re riding their wave,” he says.

“It used to be all Molson and Coors in restaurants, but consumers demanded higher-priced specialized beer, now that’s all there is. Now they want small-batch liquor.” 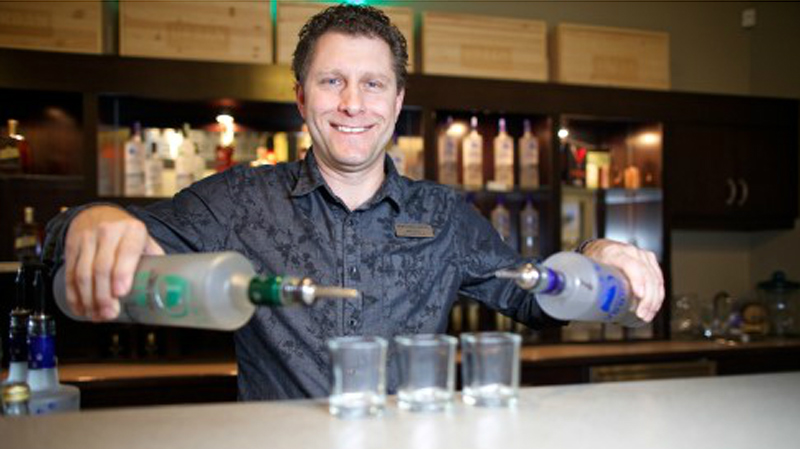 Eight-months-ago Urban launched Canada’s first distilling institute, so craft alcohol brewers can open their own distilleries. The five-day courses have attracted students from across the Maritimes, Alberta and B.C.

But Urban isn’t worried about the competition from his students.