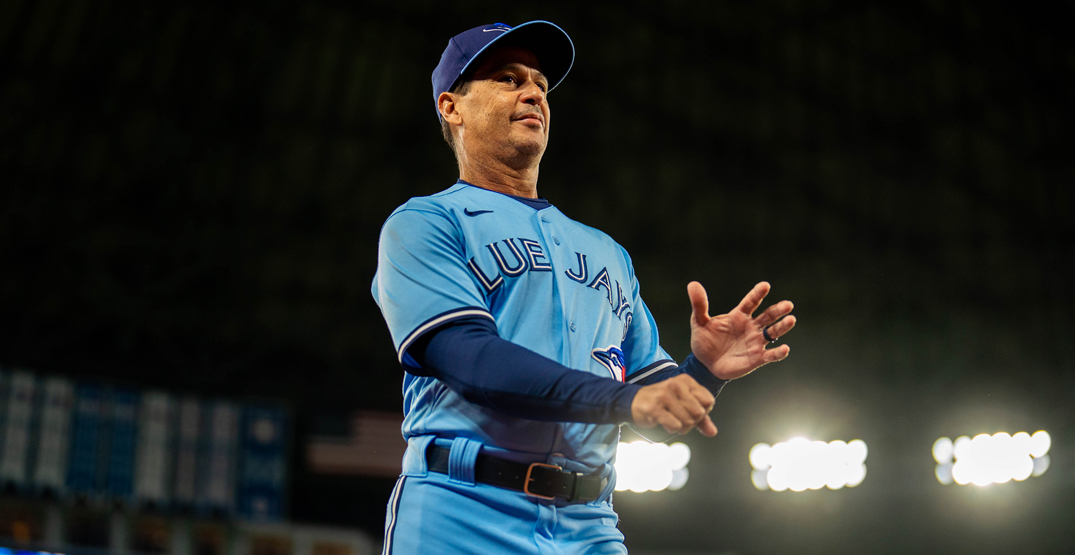 On the surface, the firing of Charlie Montoyo by the Blue Jays feels like an oddly timed move. The team currently occupies a playoff spot and they’re past the mid-way point of the 2022 season. Why do it now, of all times?

It seems like there may have been some cracks in the clubhouse, from reports leaked in the hours and days leading up to Montoyo’s dismissal. A team that exceeded expectations last season (despite missing out on the playoffs by one game) has underperformed this year.

How much of that underperformance lands on the lap of the manager is hard to discern. While Montoyo made some head-scratching moves this season, he didn’t cause Hyun-Jin Ryu to require Tommy John surgery. Montoyo wasn’t the cause of Yusei Kikuchi’s inability to find the strike zone.

In retrospect, there may have been a lot of little things that added up to one big problem in the manager’s chair. Again, most are not privy to what happens in the Blue Jays clubhouse, but this much is certain; if a manager lost the clubhouse, they’re as good as gone.

If the playoffs started today, the Toronto Blue Jays would be in.

They're 1.5 games out of the top wild card spot in the American League.

That wasn't enough to save Charlie Montoyo's job. Bad losses and questions in the clubhouse about leadership were a devastating combination.

There have been hints at minor fractures during this latest tailspin by the Blue Jays. Vladimir Guerrero Jr. posted a cryptic message on Instagram last week. The team had a closed door meeting over the weekend.

And last night, there was a controversial play where Vladdy indicated to the bench not to call for a replay, but the coaches did it anyway. If those are the fractures we’ve seen and heard about, imagine what could’ve been happening behind closed doors.

Firing the manager is one bullet in the chamber of front offices when teams are underperforming. The Philadelphia Phillies and Los Angeles Angels canned their managers earlier this year with varying results, but the common thread of both moves was to right the ship for a team who had playoff aspirations.

The Blue Jays were no different by firing Montoyo as well.

In the days of modern baseball, heavily influenced by analytics, one wonders how much influence a manager really has on the game, anyway. Do they have autonomy over the batting lineups, and making pitching changes? Or is it more about keeping the players on an even keel and setting the tone for the team?

Montoyo was often noted for his overly positive demure and attitude, even during that transitional 2019 season where the Blue Jays posted a 67-95 record. He also had success in the minor leagues as a coach prior to his promotion to the big leagues with the Blue Jays.

Back then, he appeared to be the right person to manage a fairly green Toronto Blue Jays team, with many players just happy to be there. Expectations were fairly low in 2019 and 2020. But with World Series aspirations this year, the Blue Jays had much higher expectations.

Montoyo was the right person to helm this team back then, but he may not have been the right person right now. Unlike previous years, there’s a much greater urgency to win ball games in 2022, especially after missing out on the postseason by a razor’s edge last year.

If there really were cracks in the clubhouse, then the writing was on the wall for Montoyo. There’s no coming back from losing trust from your players. At that juncture, a team has no choice but to fire the manager, even if the team still has an okay record and occupies a playoff spot (for now).

To me, this move wasn’t about making a managerial move to light a fire under the team. If Montoyo had an adverse affect or lost the trust of his star players – the most important factor in this team’s success – then his firing was about addition via subtraction.

If any of these rumblings are true, then it’s easy to lose the room; the very job a manager entrusted with.

It seemed like he had already lost the players by the time they got to Seattle.

And by accounts, they were done with him https://t.co/fFHEbz6NEE

In late 2018, John Gibbons managed his last days with the Blue Jays. At the conclusion of that season, Mark Shapiro and Ross Atkins began their search for Gibbons’ replacement. Montoyo was their hand-picked solution to lead the next wave of Blue Jays stars.

Three years later, the Blue Jays jettisoned Montoyo and moved onto John Schneider, at least for the time being. He managed many of the players on this Blue Jays team during their days in single-A, double-A and triple-A. Of any member of this Blue Jays coaching staff, nobody knows these players better than Schneider.

He was at the helm of the 2011 Vancouver Canadians, who won a Northwest League championship title. Schneider also won a title as manager of the Dunedin Blue Jays 2017. And then another title with the New Hampshire Fisher Cats at double-A in 2018.

It felt like the Blue Jays front office was grooming John Schneider for this position anyway, and as someone who made the ranks all the way up from single-A to the big league dugout, he may have been tabbed for this job several years ago. The opportunity just recently presented itself after the recent slide of this club.

In reality, everyone has culpability for how poorly this season has gone for the Blue Jays. The front office, the coaching staff, and the players. But as the saying goes, you can’t fire the players, so when there’s no other move left, you fire the manager.

Not only do players like Bo Bichette, Teoscar Hernandez and Guerrero have to perform better, but the front office needs to bring in reinforcements to beef up the roster. Trades need to be made to help this team not only stay afloat, but to contend for a title.

The switch in the manager’s chair is a minor factor in this calculus. Now that the “fire the manager” bullet has been deployed, there are no excuses left for this 2022 Toronto Blue Jays team.