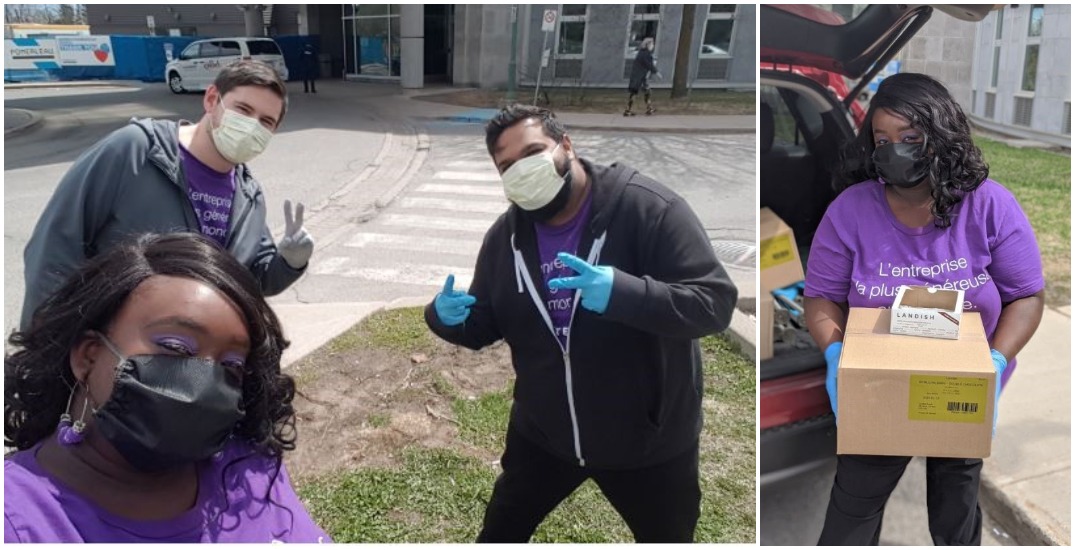 Fiona and her team / TELUS

Growing up in a tight-knit community in east Toronto, Fiona Slater knew firsthand the difference a positive role model can make in the life of an impressionable child.

She learned it at her local boys and girls club, where dozens of caring and committed volunteers taught her arts and crafts, and took her on day trips to Canada’s Wonderland and the Toronto Zoo.

And she learned it at home where her hard-working parents, immigrants from Jamaica, juggled multiple jobs to make ends meet for their family.

Though money was tight, Slater’s house growing up was always full of people and laughter.

Her family was known in the neighbourhood for having an open-door policy if anyone needed something to eat or someone to watch their children while they were at work. 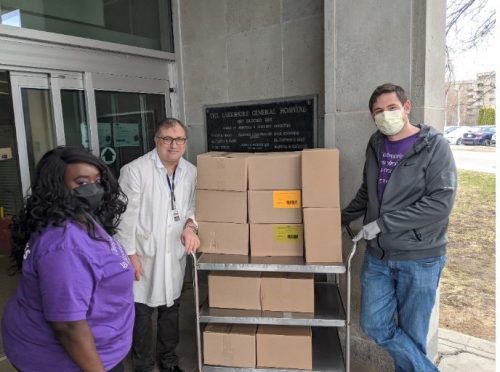 “She did the best with what she had and that really resonated with me and inspired me. She developed a community of women. Everybody leaned on each other and seeing that growing up made me want to be an influential person.”

Today Slater says those valuable childhood lessons about giving are deeply instilled in her adult life. It’s what helps drive her career. She started at TELUS nine years ago in customer support and, through hard work and determination, she’s proud to have grown into a technical support team manager that empowers others.

Now based in Montreal, Slater says she wouldn’t have made it this far without the support and guidance of a mentor who saw the potential in her early on and encouraged her to reach for her dreams. 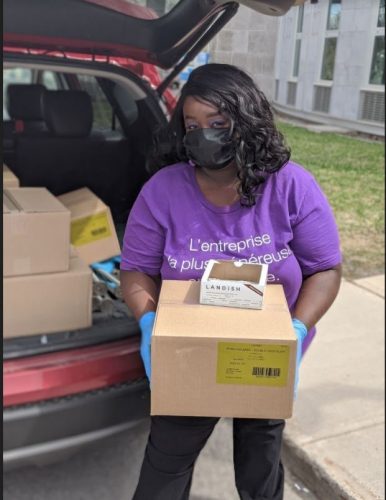 She endeavours to bring the same energy to her job as a manager every day, working with her team to bring out the best in everyone — on the job and elsewhere.

It helps that TELUS has a culture of giving back, and actively encouraging team members to volunteer within their communities. One program, TELUS Match, lets team members double the impact of their charitable donations by matching their gift up to a maximum of $2,500 per person a year.

The telecom company will also donate $1 to a charity of choice for every volunteer hour an employee puts into the community.

Over the years, Slater and her extended team have done everything from organizing clothing drives for the homeless to participating in a number of fundraising runs.

Since the COVID-19 pandemic, the team has helped raise more than $20,000 to buy protein bars for frontline workers at four Montreal hospitals to support busy staff who, during the pandemic, often don’t have enough time to eat during their shifts.

Slater says the volunteerism, all done during off-work hours, has brought the team closer together and has become an important part of the team culture. 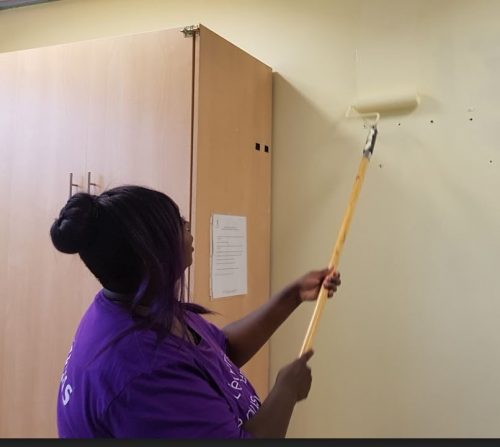 “Our department stands out for being exceptional at giving back to the community,” says Slater, who manages 16 people.

One of the last in-person volunteer experiences Slater and her team went on prior to the pandemic was in the fall of 2019 when the group helped paint The Lighthouse, a paediatric palliative hospice in Montreal.

Every weekend, from March to September, she and her TELUS colleagues helped to renovate 14 rooms in the facility. When they weren’t doing the physical work associated with the project, Slater’s team helped to rally others to join in the cause.

Some people may not realize how big of an impact a few hours of volunteering or a small monetary donation can make for those who need a helping hand. But the gratitude expressed by the staff at the Lighthouse, and the smiles on the children’s faces, told a very different story.

“We were in there painting the walls and they (the staff) were just so grateful to have someone supporting them,” recalls Slater. “Everybody was trying to hold back tears.”

Slater credits her mom and other role models from her childhood for teaching her that, with hard work and passion, anything is possible. It’s a lesson she hopes to inspire in others by sharing her own experience.

“If my journey can help someone else, I want to be that beacon for them,” she says.