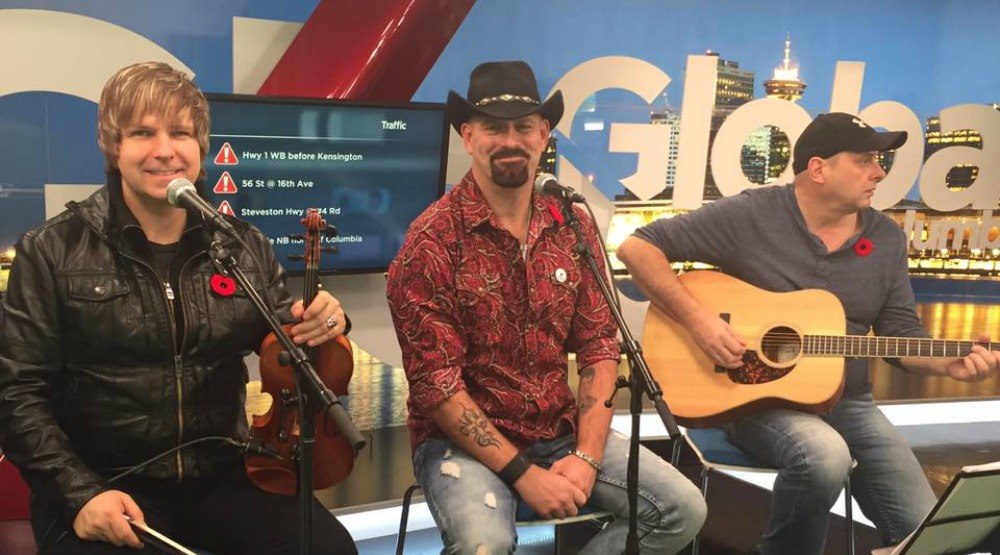 Variety - The Children's Charity of BC/Facebook

For Todd Richard and Jeff Johnson, music is more than just their job. It’s a way to change the world.

The two country singers came into Variety BC‘s headquarters in July 2016 with an idea. They wanted to take their talent as professional country artists, and use it to help the kids that Variety fundraises for every year.

“We were independently moved by the work we saw Variety doing in our community, providing help and hope to kids and families facing the challenges of special needs, in all their forms,” said Jeff Johnson.

When they went to the headquarters, the two did an acoustic performance of the song they had composed: Follow Your Heart.

For Richard and Johnson, it was a song about resiliency, positivity, and the best of the human spirit. In short, it was a song written for and inspired by the kids with special needs who Variety BC aims to help every year.

“Using our creativity and love of music, coupled with the strength of the Canadian country music community, we knew we were on to something with ‘Follow Your Heart,'” Johnson said.

The song was shared live on Global BC during Variety Week, a new fundraiser put on by Variety. At the end of the week, Todd Richard and a number of other singers did a live performance for everyone who had contributed to the fundraiser.

But the real show of charity came later, when Variety and the two musicians decided to create a recording of the song.

The performers donated their time and talent to create the song and release it on iTunes, with all the proceeds going towards the same kids who inspired Richard and Johnson in the first place.

Some of those kids are the ones featured in Variety BC‘s Variety Week: Johannes who needed a new wheelchair, Drake who has Down Syndrome, and Oliver who needs speech therapy.

Variety will be giving the public an update on how their donations helped these kids during the charity’s 51st annual Show of Hearts telethon.

The telethon shows off local and international talent in an all-day media show. This year, the telethon will feature artists Dan Mangan, Dallas Smith, the Washboard Union, and Angela Kelman.

For more information on the Variety Show of Hearts Telethon, check it out on Facebook, Twitter, YouTube, and Instagram. You can donate online, over the phone by calling 310-KIDS, or by texting “KIDS” to 45678.

Price: Tickets to the event are free. You can watch the telethon on Global BC and online