Counting Sheep Coffee is an ultra-decaf coffee that contains a natural sedative, designed to helps you wind down after a long day. Vancity Buzz spoke with co-founder Deland Jessop about the one-year young company.

Counting Sheep Coffee has all of the West Coast weirdness you’d associate with a Vancouver-based coffee brand. It juxtaposes coffee, a traditional stimulant, with the promise of a better night’s sleep with the addition of natural sedative valerian root.

Slightly off-kilter, right? Here’s why in their their words:

In fact, we love coffee so much we’ve designed a coffee with a natural sedative to end your day as well. In a world that doesn’t get enough sleep, it’s important to slow down and relax before bedtime. And we can’t think of a better way to do that than with a cup of Counting Sheep.

On season eight of Dragons Den, Jessop shook hands on-air, but didn’t make it past the due diligence. The cited reason were the resources and effort required to ‘educate the market’ on the innovative new concept. 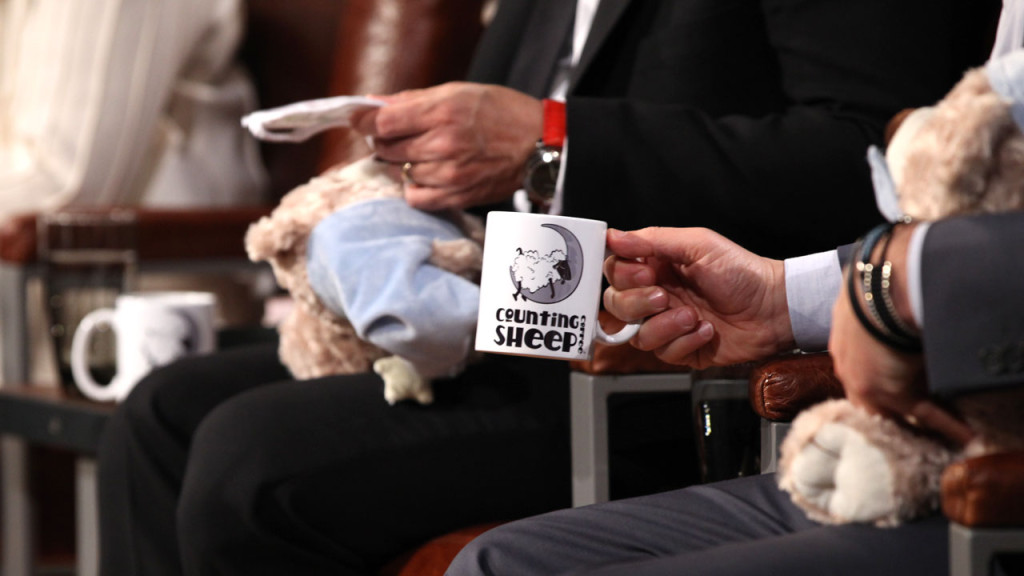 While the successful pitch on Dragons Den didn’t actually lead to a deal with the Dragons, it did spur increased press, sales and other investment interest. Many of the big names on the East Coast have now jumped on board: Bed, Bath & Beyond (then a trial, now a permanent distributor), Metro, Sobeys and Loblaws. There are plenty of West Coast independent brands, a full list of which can be found on the website, as well as Amazon.ca distribution. Major distribution here hasn’t happened yet, but Jessop is hopeful for good things to come as word-of-mouth and repeat orders grow.

I tested out the ground coffee for a few nights, but found that results really did vary. I used a stovetop and experimented with different doses over consecutive nights. Despite Counting Sheep’s proprietary Swiss filtration process (one that removes 99.9% of the caffeine), I found the taste to be acceptable but not great. Further tampering, or perhaps another brewing method, might have made the taste go over smoother. Or maybe a latte or cappuccino would have tapered off the ‘too strong’ hit. Alas, I don’t have an official barista or machine equivalent at home.

As for the effects of the acclaimed valerian root: sometimes it made me drowsier, and sometimes I was still wide awake. I didn’t like drinking the coffee alone, as sometimes it would upset my stomach – so I guess occasionally with dessert is the way to go. I will say that unlike other sedatives (natural or not) the effects didn’t carried over to the next morning, never making me wake up in an artificially-induced haze.

But perhaps I’m not the desired market – unlike the claim that many women drink coffee to relax, I can’t shake off the ingrained image of coffee as stimulant. For me, tea has the same calming effect without the sedative. But there’s just something about the combination that still appeals to me. Maybe I’ll give it another whirl tonight.

But mentioning it to my coffee-addicted friends, however, Counting Sheep was an instant-buy. I see this as a novelty gift for someone who really appreciates coffee, or something you can offer with dessert when you have friends over – just don’t serve it to the DD. I also did appreciate Jessop’s claim that it “replaces the bottle of wine,” which many people do enjoy as another means of relaxing.

Counting Sheep Coffee goes for approximately $14.99 for 18 Keurig K-Cups, $12.99 for a bag of grounds. It’s not ‘hardcore enough’ to replace anyone’s sleeping pill habit, but perhaps it’s a step in the right direction of weaning you off chemical drugs. The sedative nature of the coffee means that it probably won’t be offered anytime soon at the local coffeeshop, and is really more of a private, brew-at-home thing.

All in all, you’ve gotta appreciate Counting Sheep’s enthusiasm and perseverance for trying something new. With French Vanilla and Hazel flavours coming down the line, the future looks bright for broadening appeal past hardcore coffee enthusiasts.