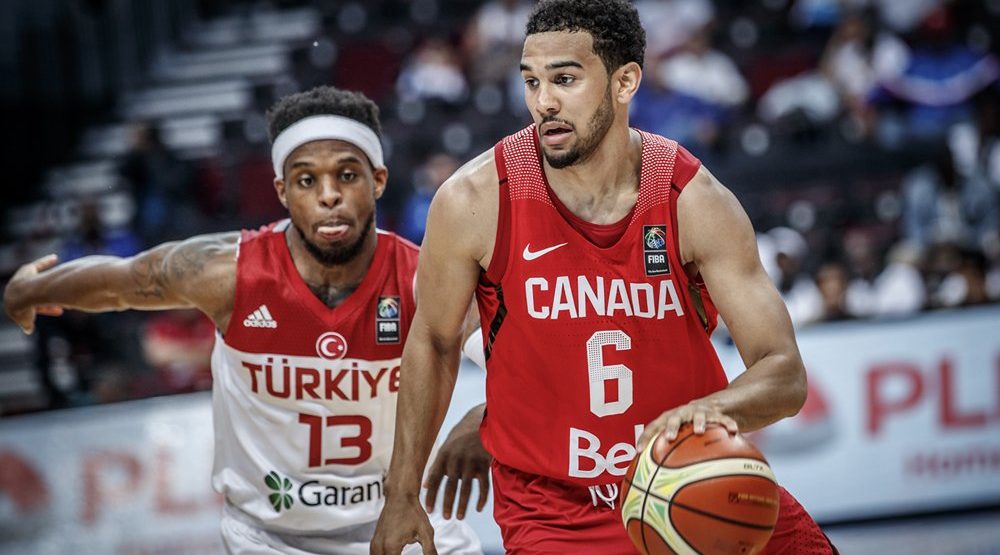 Team Canada got off on the right foot at the FIBA Olympic Qualifying Tournament in the Philippines on Tuesday, defeating Turkey 77-69.

Turkey, short on NBA experience but not on talent, are the #8 ranked team in the world by FIBA. Canada, meanwhile, is much better than their #26 ranking would suggest.

“Obviously they’re a very good basketball nation and it was a hard fought win,” Canadian head coach Jay Triano said of Turkey, who along with France, is one of the favourites in this tournament.

Coming off the bench for Canada, guard Phil Scrubb scored 10 points for Canada, while Khem Birch led the way with 7 rebounds. Joseph had a team-high 5 assists.

“It was a good win, we fought hard,” said Joseph. “We still have a lot to work on, but ultimately we got the job done, we’ve just got to keep on continuing to build throughout the tournament and try to get to our end goal.”

Canada took the lead, 18-16, on a Brady Heslip three pointer with 28 seconds remaining in the first quarter. They never looked back.

“Bottom line is it was a win and it helps us with what our goal is, so we’ve got to turn around, play again tomorrow, and we have to keep getting better,” said Triano.

Canada’s next game is against Senegal on Wednesday morning at 3:30 am PT (6:30 am ET). The top two teams in each group will advance to the semi-finals. A win against Senegal would guarantee Canada top spot in Group A. The winner of this tournament clinches a spot at the Rio 2016 Olympics next month.