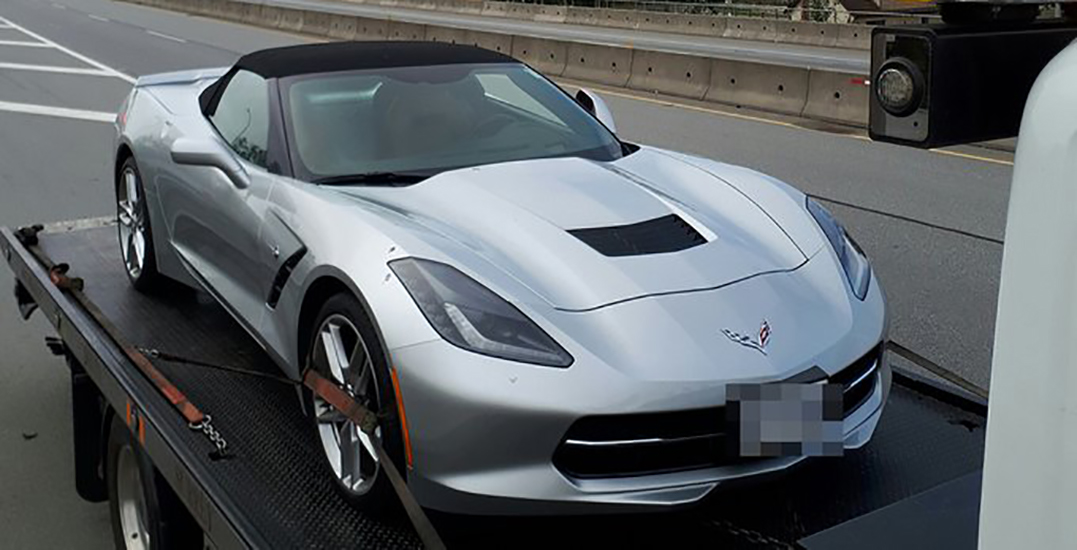 A Corvette that was impounded by police on Tuesday morning. (Delta Police Traffic Unit/Twitter)

A sports car in Metro Vancouver was impounded after going nearly twice the posted speed limit.

On Tuesday morning, just after 9 am, the Delta Police Department (DPD) caught a Corvette driving at 141 km/h. Cris Leykauf, Spokesperson for the DPD, says that the driver was on Highway 17 going eastbound, which is an 80 km/h zone.

“The Corvette driver was directly in front of our officer and they were approaching the Highway 99 overpass,” Leykauf tells Daily Hive.

The police officer who pulled the driver over also noted that “the Corvette driver was the fastest vehicle on the road by far.”

In addition to being impounded, the driver was also given a “hefty fine,” which can range between $368 to $483, according to ICBC. The infraction also carries three points towards a person’s Driver Risk Premium.

Leykauf adds that 25 tickets were issued in August for excessive speeding in Delta.