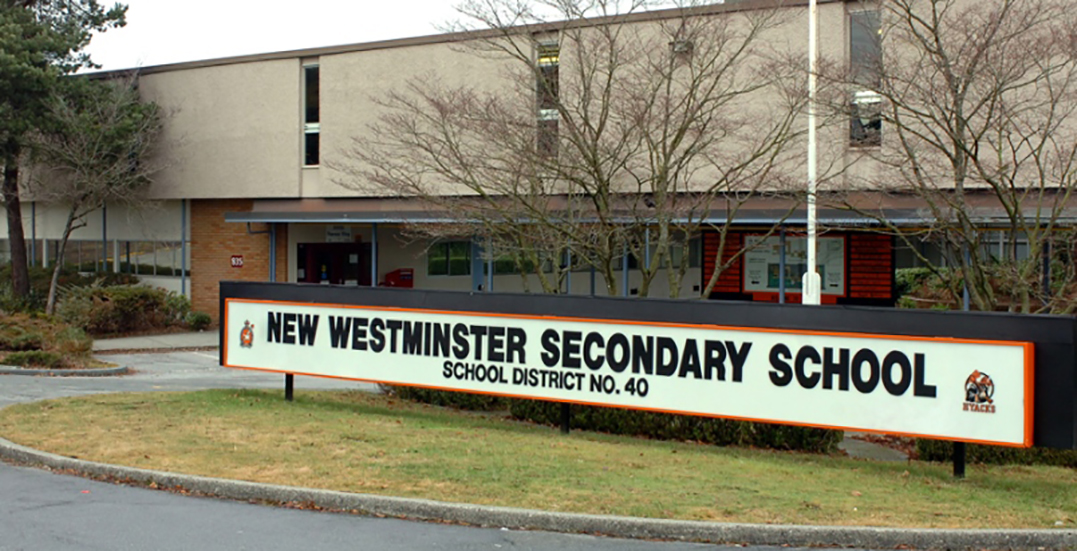 Possible exposures to COVID-19 have been confirmed at two schools in New Westminster.

Fraser Health Authority (FHA) says that two separate individuals tested positive for the virus, one at New Westminster Secondary School and one at Fraser River Middle School. The exposures at both schools occurred between September 15 and 17.

Schools were notified on Monday and FHA says that the affected individuals are self-isolating at home.

“Fraser Health Authority will follow up directly with anyone potentially exposed to a confirmed case directly through contact tracing,” reads a media statement.

The health authority adds that if families at the affected schools are not contacted, it has “been determined that the child is not at risk.”

Ever since launching an online tracker, 21 school outbreaks have been declared in the Fraser Health region. Of those outbreaks, 15 are in the Surrey School District.