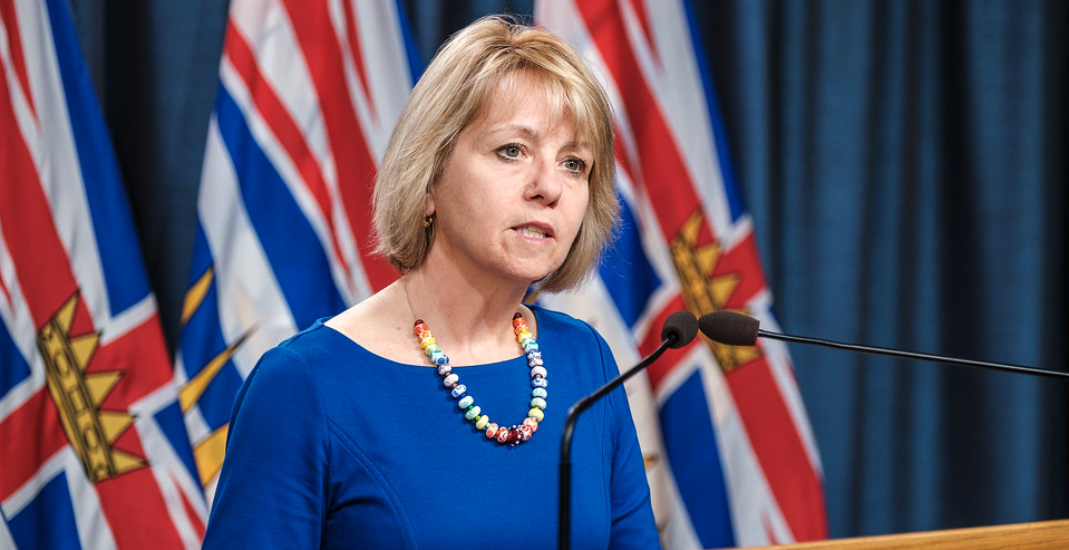 British Columbia health officials have announced 33 new test-positive coronavirus cases and another two deaths as a result of the virus.

In an update on Thursday, Provincial Health Officer Dr. Bonnie Henry said the total number of recorded cases in the province now sits at 2,288.

Broken down by health region, Henry said there are 865 cases in Vancouver Coastal Health, 1,064 in Fraser Health, 126 on Vancouver Island, 179 in Interior Health, and in 54 Northern Health.

There are no changes in community outbreaks in the province with seven cases at Fraser Valley Specialty Poultry, 56 at Superior Poultry, 35 at United Poultry, 134 at the Mission Federal Institution, and 16 from the Kearle Lake oil sands project.

Out of the total number of cases, 76 people are in hospital, with 20 of those in intensive care. A total of 1,512 people are now considered fully recovered, said Henry.

Speaking on BC’s restart plan for the economy and increasing social interaction, Health Minister Adrian Dix says BC has “some distance to go in our efforts, to say the least,”