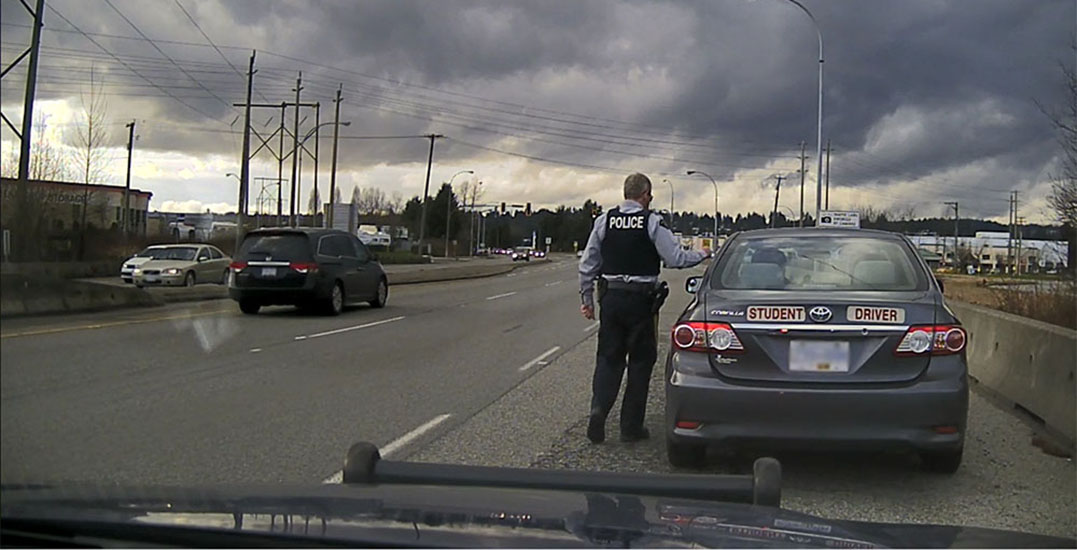 A student driver had his license suspended and a driving instructor had his vehicle impounded after a traffic stop in Coquitlam.

According to a statement from the RCMP, a Traffic Enforcement officer stopped a car with a large “student driver” sticker after it ran a stop sign. 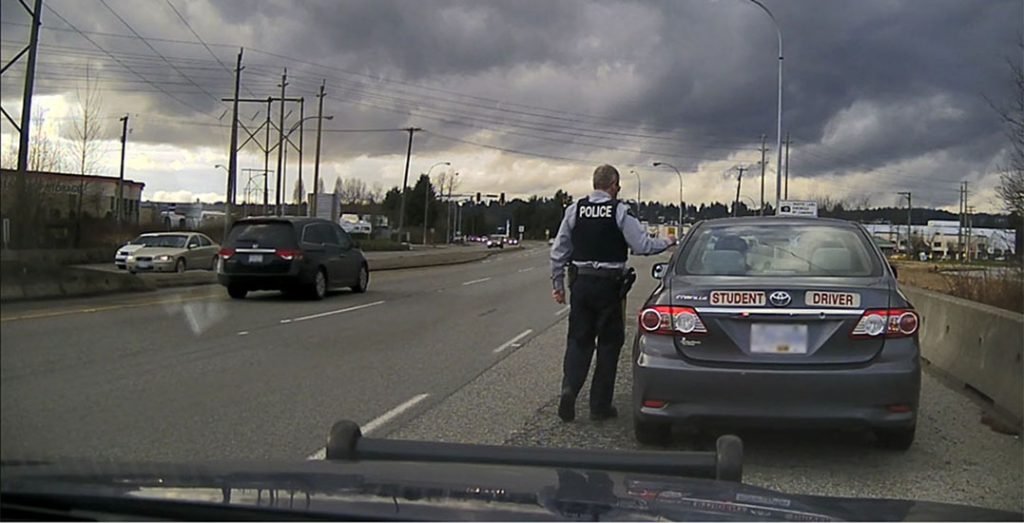 Police say that the student driver was a 44-year-old Coquitlam man who was in the middle of a driving lesson. During the traffic stop, he also failed a roadside sobriety test.

“This may be a funny story, but we’re serious about keeping our community safe,” says Corporal Michael McLaughlin, Coquitlam RCMP Media Relations Officer. “It also shows why traffic stops are one of the most unpredictable things you can do as a police officer. Neither the driving student nor the instructor did their due diligence to be safe on the road.

“Our officer made sure to deliver immediate consequences.”

As a result, the student has his learner’s licence suspended for 90 days and received a ticket for failing to stop at the stop sign.

The instructor also had his vehicle impounded and both the student and the driving school could be under review by ICBC.

Police are also reminding people of the best practices for attending driving schools and learning defensive driving, including doing prior research and properly preparing for the lessons.

The instructors, students and the people who pay for lessons should all be doing due diligence, says Cpl. McLaughlin. It’s not often we tow a car with two steering wheels, but impaired is impaired.