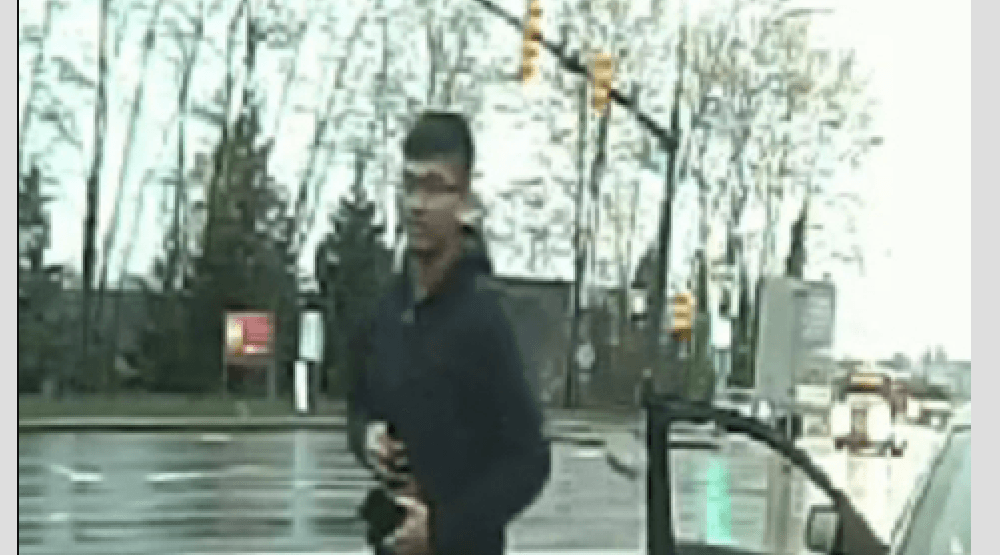 Coquitlam RCMP are asking for the public’s help in identifying a the driver of a vehicle who reportedly used pepper spray during a dispute with another motorist.

Police said that on April 17, 2017, at about 7:15 pm, the occupants of two separate vehicles began arguing over who had the right of way near Lougheed Highway and Brunette Avenue in Coquitlam.

During the dispute, the driver of one of the vehicles, a black Mercedes, got out of his car and proceeded to pepper spray the driver of the other car, a grey Kia.

The suspect was described by witnesses as Asian or South Asian, in his late teens or early twenties, and just under 6 ft tall and with a slim build.

“There is no excuse for getting out of your vehicle and using a weapon against people in another vehicle,” said Coquitlam RCMP Cpl. Michael McLaughlin. “Having said that, the initial dispute about who should yield to whom was totally preventable.”

If drivers can control their actions and “keep a cool head behind the wheel and avoid confrontations on the road you will make things safer for everyone,” he added.

Police say anyone who sees the suspect or may recognize him should “not confront him or take matters into your own hands.”

As with any crime, McLaughlin said, “let the police handle this issue.”

Anyone with information is asked to call the Coquitlam RCMP non-emergency number at 604-945-1550.