Ignoring a bid and petition signed by thousands, along with offers from other zoos and a private individual, the Copenhagen Zoo destroyed a two-year-old giraffe, named Marius, on Sunday, performed a public post-mortem examination, and fed its remains to lions.

This story comes only a few weeks after news and photos broke of the annual dolphin slaughter in the Faroe Islands, a Danish Territory.

Marius, who was a healthy male giraffe and one of eight giraffes at the zoo, was simply put down to prevent inbreeding. This was on the recommendation of the European Association of Zoos and Aquaria, because there were already a number of giraffes with similar genes in the organization’s breeding program – the same program that would have overseen the birth of Marius two years earlier. 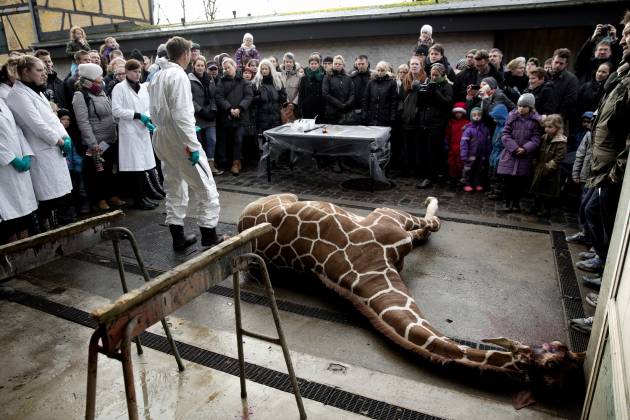 Marius was shot in the head with a bolt pistol, and not lethal injection, said zoo spokesman Tobias Stenbaek Bro. Visitors, including children, were then invited to watch as the giraffe was skinned, cut up and fed to lions. This was also broadcast live on the internet. 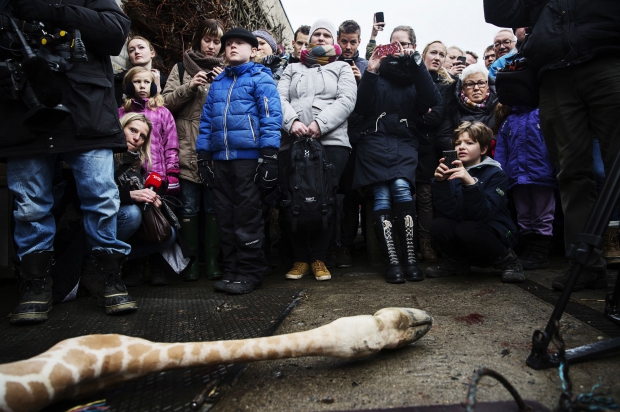 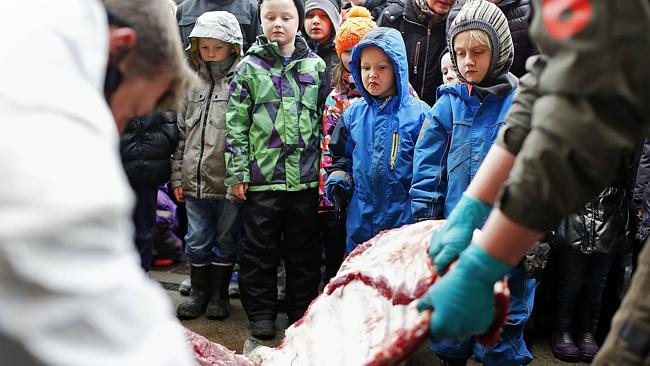 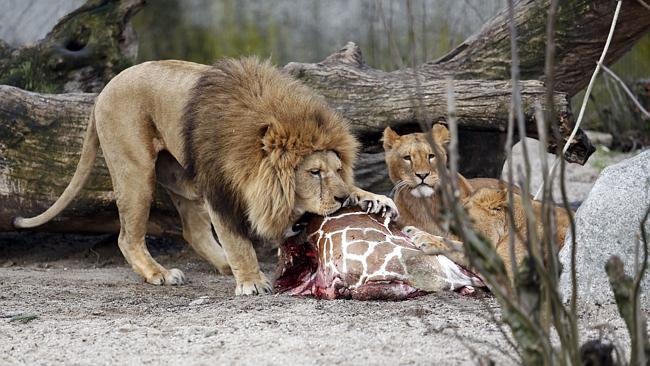 “I’m actually proud because I think we have given children a huge understanding of the anatomy of a giraffe that they wouldn’t have had from watching a giraffe in a photo,” Stenbaek Bro told AP.

Following the death of the giraffe, the zoo’s scientific director, Bengt Holst, told the BBC he had received death threats but would not alter his style of animal management. 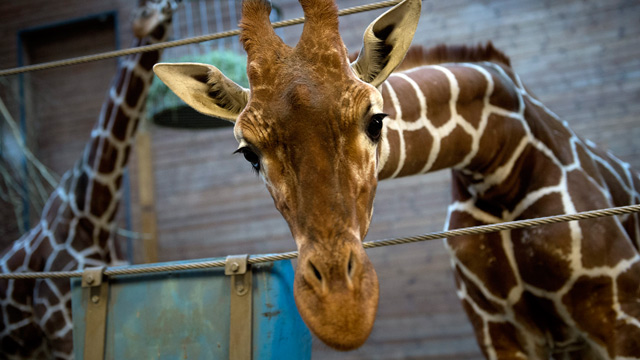