It was all part of Canada’s Top 10 – an evening to celebrate Canadian film and television, through the eyes of the highly accredited Sandra Oh. Her award-winning work and fearless attitude to break down barriers for Asian women has brought her groundbreaking roles in mainstream and independent films both sides of the border.

Cameron Bailey discussed her passions, current projects, and revisited past projects for a cinematic experience that delved into her mind, pulling forth insight into an onscreen moment in her career and illuminating the space between the takes.

“If there is something so powerful that is calling out to you, then there is no other choice but to follow that,” says Sandra Oh on pursuing acting.

The message of the evening was clear and came from the pit of her stomach and the depth of the love she harbours for her craft: follow your nose to what you want, follow that feeling within to what you need and always come home.

For her, Canada has embraced her with open arms, lifted her up and praised her work. Grab hold of that opportunity when it comes your way to honour yourself and where you are from, don’t lose track of the breadcrumbs you left behind to lead you home, and above all, fire up that wild imagination and let it run. This is the cadence of her mind and the truth of her being, exposed before us onstage.

The ambitious Sandra Oh looks out and says with absolute certainty, “if you want to be an actor, don’t have a plan B, don’t bother. You need to want it that bad.” 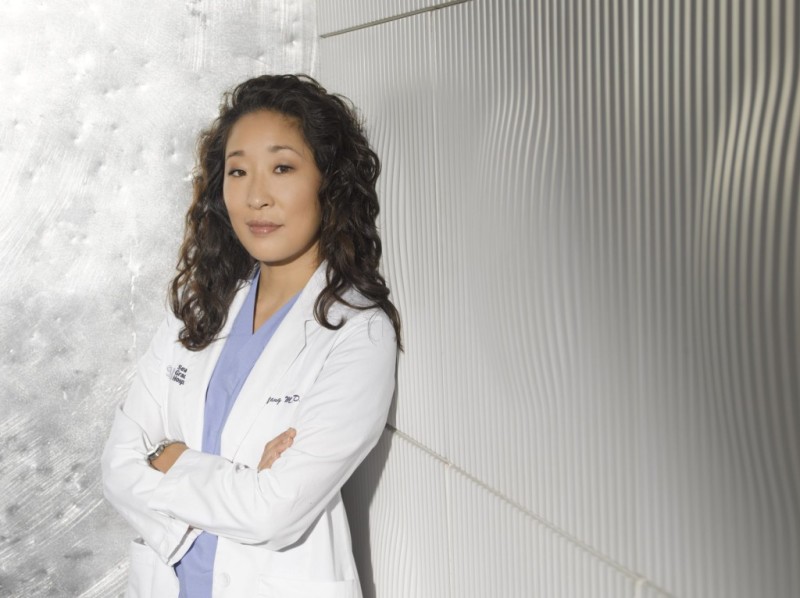 It was an intimate setting that nurtured self-reflection and felt much like spending an evening in the bedroom; curled up and talking comfortably about one’s journey to that moment.

Cameron Bailey is arguably one of the most important figures in film festivals, bringing a significance to the way we watch and learn about movies, and why. He was able to crack Sandra Open like a new egg, and without being intrusive, extract from her all the wonders of her work on a level rarely seen in a large-scale interview. As much as cracking an egg is comparable to taming a wild horse that is, as Sandra Oh often ran with a question until she was steered elsewhere.

When we watch a movie we allow the lines to be grayed between what is real and what is imagined or expressed onscreen. When someone said that Bradley Cooper is “unrecognizable” in American Sniper, I reflected on that, because we can clearly see that the actor is Bradley Cooper. Nobody is fooled, but everyone plays along.

The subtitles and undertones of a life the real Bradley Cooper had not lived and yet embodied before us. This comes from a good actor, someone who is trained to behave a certain way unnatural to his or her own instincts.

Cameron Bailey already knows this and much, much more. 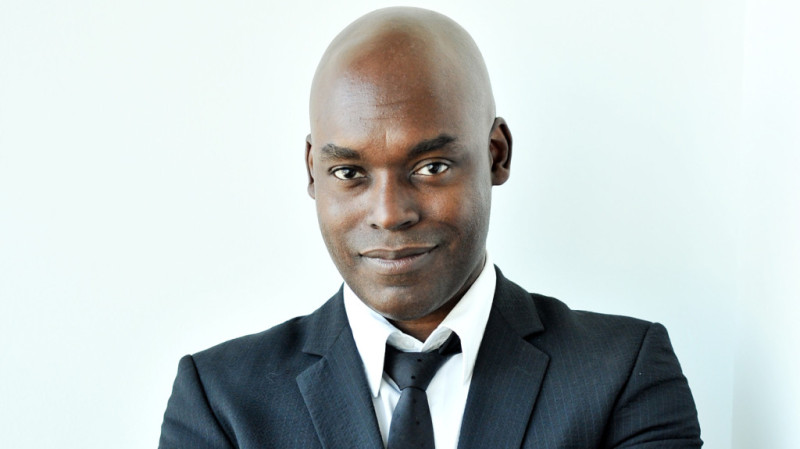 Do you think you’re doing more than just talking about movies?

Movies are never just movies, I reached that conclusion a long time ago. I think the reasons why any art form is compelling is because what they are telling you about life. If they didn’t tell you anything about the way we experience the world then it wouldn’t be that interesting. I have always been interested in movies as a communication tools, not just a s window into something but the formal elements and the way you experience a film, how films use time and light and colour and movement and sound, they have an impact on you, but its only meaningful as a kind of analogue to actual lived experience.

What is the benefit of bringing In Conversation With to Vancouver?

We’ve been bringing Canada’s Top Ten here for 12 years to try and help Canadian films reach wider audiences, that’s going really well, but we wanted to amp it up this year with ICW by bringing to Vancouver an artist who has resonance here, because she has done some important work here. The Diary of Evelyn Lau, Double Happiness and now Window Horses, she has worked on really important independent projects in the city and she is of course, a famous TV star for Grey’s Anatomy.

We said, ‘let’s talk about that,’ let’s remind ourselves that this is Canadian, a celebration of Canadian talent and creativity and she is someone who has been doing that in a strong way. So, let’s do that in Vancouver and I think it’s more meaningful here to have Sandra have that convo in Van.

What is the importance for an audience to be able to be exposed to that?

Sandra was interesting tonight, because I think for her, you know, if films aren’t just films then acting’s not just acting. She is very aware of herself as an instrument and a tool of communication reflecting truths and realities that maybe need to be reflected more brightly and more often.

I think great actors do that. In her case, there are some very specific things that lead her to that, being an Asian woman and being a Canadian in Hollywood and having a different experience than an American experience. I think any actor who is attuned to those things can really make a big decision.

Daniel Day Lewis, and the roles that he chooses and the precision with which he performs them, really do pull you into entirely different experience and I think any great actor can do that, and in the end I think all of this is towards trying to stretch people’s empathy, to make it grow, the more you can imagine how someone else lives and moves through the world, the more empathetic you can be, and actors can do that.