The sculpture is called “Home and Away” and features two bleacher-like staircases side-by-side, measuring a total height of 15 metres by 30 metres in length. The art piece will double as additional seating at Empire Fields for up to 200 people.

Public support for “Home and Away” has been mixed. The project was originally set to be approved back in May, but an outcry lead to a deferral and a public consultation.

By far the most controversial aspect of the piece is its price – it’s going to cost $450,000 and will come out of the public art reserve funds.

Around 235 members of the public were consulted to get a feel for what the reaction would be. The parks board said the response was generally positive.

Only two members of the board voted against the installation of the sculpture, saying not enough consultation had been done, said Coupar. The other five voted in favour of it.

An architectural collaborative called Lead Pencil Studio has been working on the design since 2012. The project is meant to pay homage to the ski jump run that used to be housed in Hastings Park and to the bleachers that were torn down in the old Empire Stadium. It’s also meant to evoke the feeling of the famous wooden roller coaster at Playland.

The interactive art piece might also include a “playful slide exit.” The piece will be built later this year, and installation is expected for 2016. 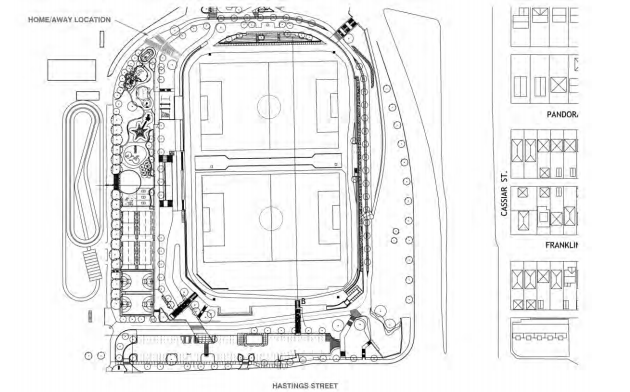 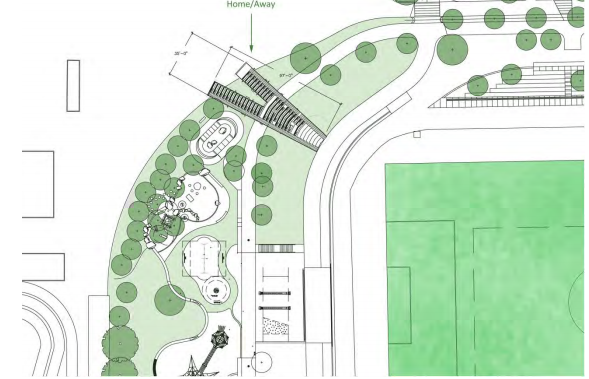