This event will more than likely be recognized as one of the first of its genre that hosted a crowd of close to 12,000 at BC Place making it the largest ever in Western Canada. This event was another proof to the constant rise of the electronic music in our modern culture. It displayed how It is only a matter of time until this genre will be the most prominent form of music in North America following the trend we have seen for years in Europe and Asia.

Names that collectively headlined this event are one of the most well-known and prolific artist that are at the very front line of EDM’s rise to popularity.

Though electronic music may not feature physical dimensions of an instrumental performance it jam-packs the event with such bang and energy that easily brings them on par with other concerts if not place them higher.

One of the most impressive parts of this event was the timing of each set. There seemed to be no confusion which can seldom be seen in other festivals. This accurate planning of the artist set lists led to a nonstop flow of music with each artist taking over the stage and making their mark. Only the headliner Deadmau5 received a few minutes of silence to be able to further set the tone for the start of his performance. 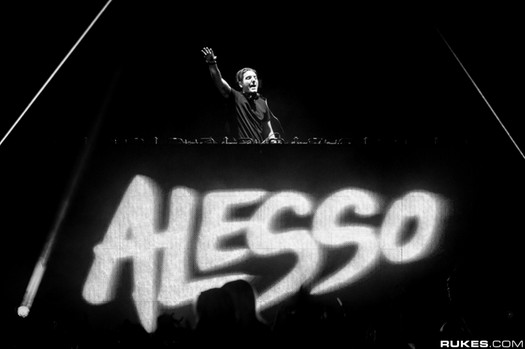 This event kicked into a new gear as Alesso took the stage and played many of the house anthem created by him or Swedish House Mafia, who he is closely affiliated with. Though this mostly entertained the crowd with a more pop oriented taste in music, it provided a significant amount of excitement in the stadium. 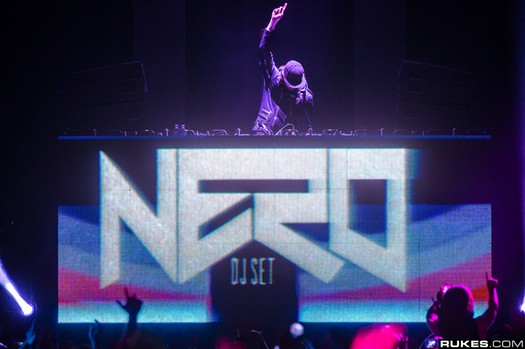 The trend Following when Nero took the stage, though particularly not a dubstep fan, I came to respect this British act as a performer. He continued the so called pop music feel of the set by following Alesso with many known remixes of rap songs by “Drake”, “White stripes” or “die Ant wood.” However closer to the end of his set he played his signature Anthem such as “Guilt” and “Promises” that needless to say, put the crowd into a frenzy. Surprisingly only around 15 minutes of the act featured the heavy wobble filled dubstep sound that some may expected of him. This by no means however took away from the high level of playlist arrangement and performance that he provided for a crowd that was almost approaching 12,000 and awaiting Deadmau5 to take the stage. 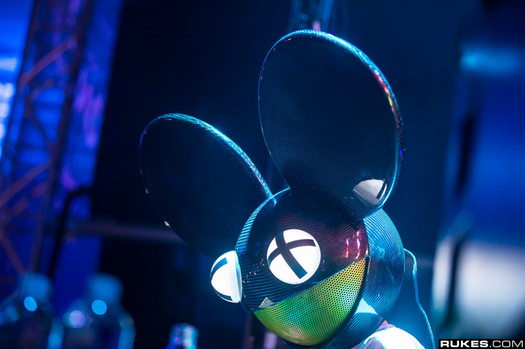 It’s hard to deny that the main draw of the show was Deadmau5 and the crowd was simply there to see him. That should help you get an idea of how insanely loud and excited the crowd became when he took the stage. Joel Zimmerman, who is the artist behind Deadmau5, took many liberties with his performance this time in Vancouver. He freely talked to the crowd criticizing the Ordinary style of Dj’ing and its ease, compared to its pay off.

He continued making remarks and jokes throughout the set and even closed the show by talking to crowd and thanking them while letting them know some shortcomings that prevented the visual style of the show from being more appealing.

As much as many criticized him of not providing his classic cube or featuring his many heads as well as other things he is known for,  In my opinion, he created a very unique show by mixing and matching many of his track together creating mash-ups and hybrids that have never been officially heard.

Many expected Deadmau5 to follow along the high energy sets of the previous artist however for at least the beginning 30 minutes of his set; he seemed to embrace his ambient and progressive roots. If you are an old school fan of Deadmau5, I’m sure this was nothing but joy for at least that short period of time!

He followed the rest of the time with a mix up of his new releases along with his unique remixes and finished the show around five minutes short of 12:00 with one of the best progressive track ever created “Strobe” marking the end of the largest EDM festival ever hosted in Vancouver.