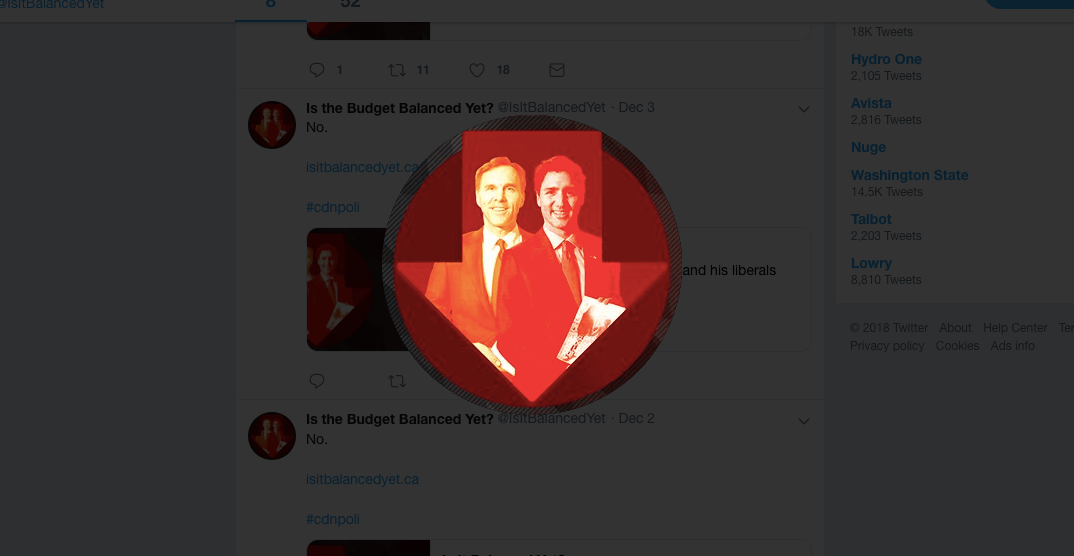 The newest tool for any politician, from Bernie Sanders to Vladamir Putin, is social media.

And the Conservative Party of Canada looks like it has learnt that lesson, throwing a bit of shade while at it, with the newly minted Is It Balanced Yet website complete with social media accounts. Since Twitter user @isitbalancedyet began posting on November 28, it has made only one statement every single day:

The CPC has long made hay of Liberal Party Leader Trudeau saying in 2014 that “the budget will balance itself,” during a television interview. It was part of a larger promise made by Trudeau to have a balanced budget in four years.

Tories haven’t been impressed with the results since. Most recently, on November 19, MP Pierre Poilievre filled a motion asking that the government to reveal when they would provide a balanced budget.

It was not carried.

Seemingly providing an answer to the minister’s question, following the link in the account’s tweet reveals a basic landing page at the top of the website, emblazoned with the words “Is the budget balanced yet? No.”

The remainder of the site takes aim at the spending of the federal Liberals and appears to draw from the recent projections by the Ministry of Finance stating that the budget won’t be balanced until 2045.

Further down is a short animatic YouTube video, narrated by Lethbridge, Alberta MP Rachael Harder. She explains the basics of economic policy and Canada’s national debt through a conservative lens — taking jabs at Trudeau over numerous issues throughout.

The footer of the website says it has been authorized by the Chief Agent of the Conservative Party, a term used to refer to the sole fundraising arm of the CPC, the Conservative Fund Canada. Daily Hive confirmed with the party on Thursday that they are responsible for the site.

The Twitter account was created on an unspecified date in November and has already racked up some big names out of just 54 followers, including the verified accounts of Andrew Scheer, the Office of the Leader of the Official Opposition, and numerous candidates and party members. It also managed to score a retweet by the Conservative Party’s official Twitter account. 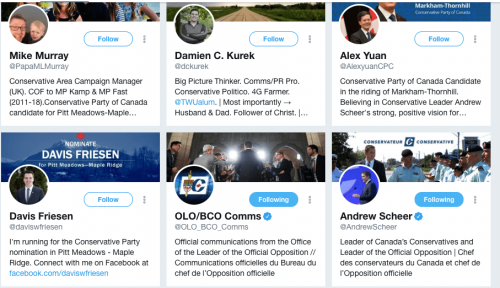 On its face, this appears to be the early rumblings of the CPC’s larger media charge leading into the 2019 federal election. Conservatives are coming ready to fight.