UPDATE: A representative from Tim Laidler’s election campaign has confirmed to Vancity Buzz that a communications volunteer did in fact photoshop Laidler’s name over top of another candidate’s sign, but that “no harm or misrepresentation was intended”.

Did a Conservative candidate in the Port Moody-Coquitlam riding photoshop his name over another candidate’s sign and send it out in a campaign newsletter?

That is the accusation put forth by Press Progress, a political blog sponsored by the Broadbent Institute, in a September 22 post. If their theories are correct, and a close analysis of the images shows that is likely, Tim Laidler (or someone on his team) deliberately photoshopped his name over another Conservative candidate’s sign to make it appear he had a larger presence at a Conservative rally in Richmond.

“Check out that “Tim Laidler” sign in the background of the image below. Notice anything… Strange?” Press Progress suggests. 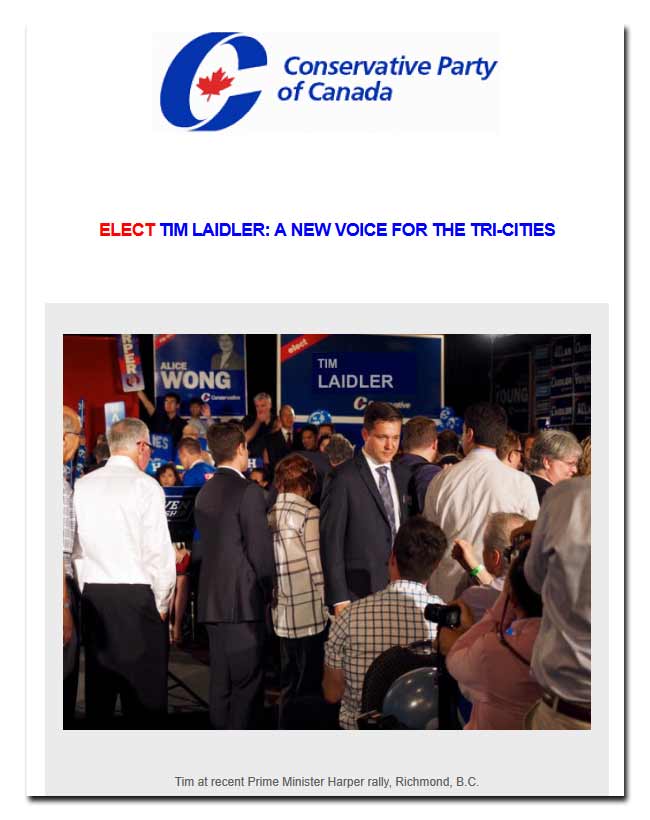 And a close up of that image: 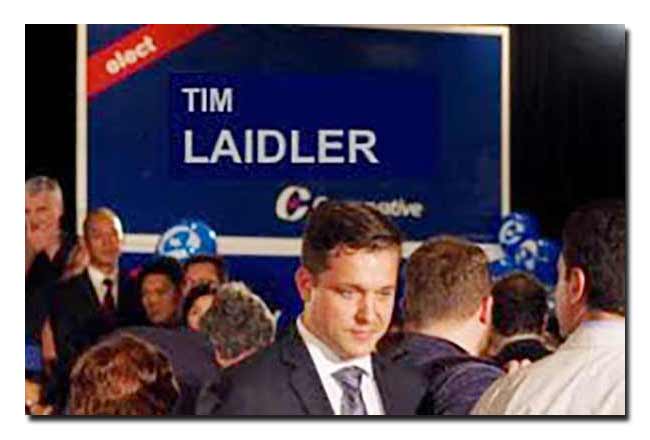 As one might be able to see, there is a royal blue rectangle behind Laidler’s name, which uses a different font than typical for Conservative signage. In the photoshopping world, one might place a closely coloured block over top of another candidate’s name in order to disguise the sign for something other than it originally was.

Other photos from the August rally for Stephen Harper show a number of similarities to the above, except for “Tim Laidler” printed on the sign. It plays like a “spot the differences” game, except the other way around.

Below is an image posted on Laidler’s Facebook page taken the same night. 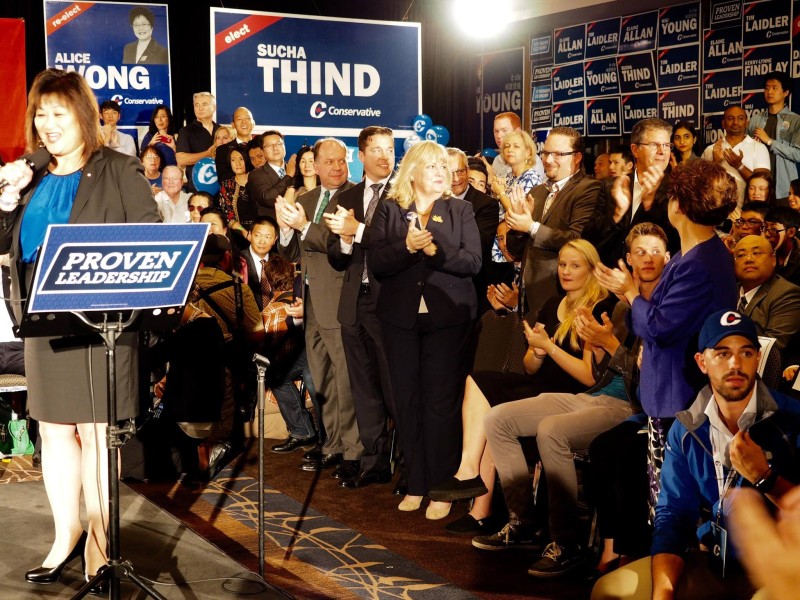 A close up of the two images show a number of irrefutable similarities.

The two men standing on the left hand side are the same people in both pictures, the balloon placement also matches, and of course, Tim Laidler appears in both photos wearing the same suit and tie. Both signs are also under the same lighting and displayed next to an Alice Wong sign.

According to Press Progress efforts to contact Laidler or his team for contact were not returned after weeks of trying. Sucha Thind’s team, whose sign Laidler appears to have photoshopped, told Press Progress they had “no idea what you’re talking about” and sent the question to the Ottawa head office.

Vancity Buzz left a message at Laidler’s campaign office but the call was not returned by deadline.

And for reference, here is Tim Laidler with a real “Tim Laidler” campaign sign: 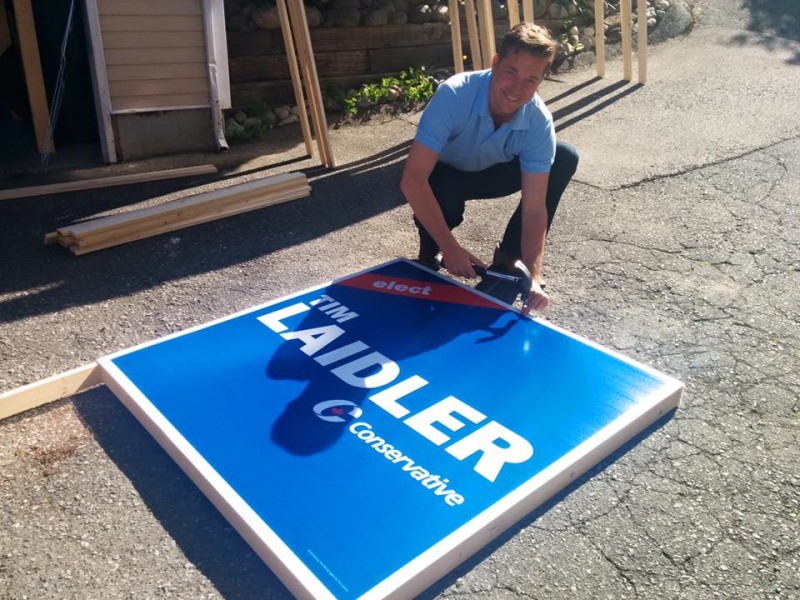