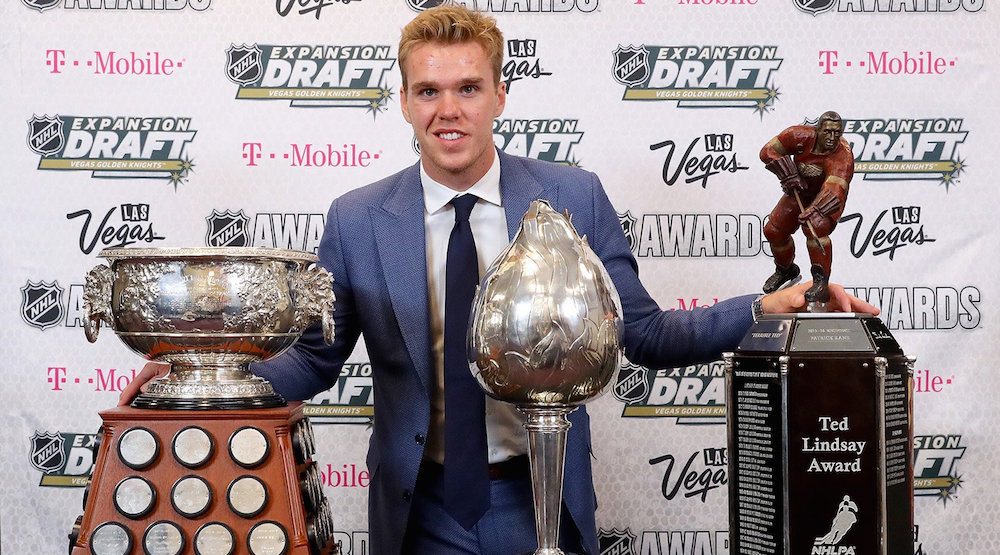 Connor McDavid is about to become the highest paid player in the NHL.

The 20-year-old from Richmond Hill is fresh off of winning the Hart, Ted Lindsay, and Art Ross Trophies at the NHL Awards last week. And soon, it appears, he will sign an eight-year mega deal, worth $13.25 million. At the end of eight years, he will have made $106 million in total.

Further to @TSNRyanRishaug McDavid mention, hearing deal will be around $13.25M for 8 yrs. Big win for EDM to get that term, as opposed to 5

While players have made more in a single season than $13.25 million and signed contracts whose total value is higher $106 million, no player has ever signed a contract with a higher average annual salary.

McDavid’s contract expires at the end of next season, and you can argue he’s certainly worth the money. The Oilers’ superstar centre led the league in scoring, notching 100 points (30-70-100) last season. McDavid not only led the Oilers to the playoffs for the first time in 11 years, he helped get his team to the second round.

And he’s only going to get better.