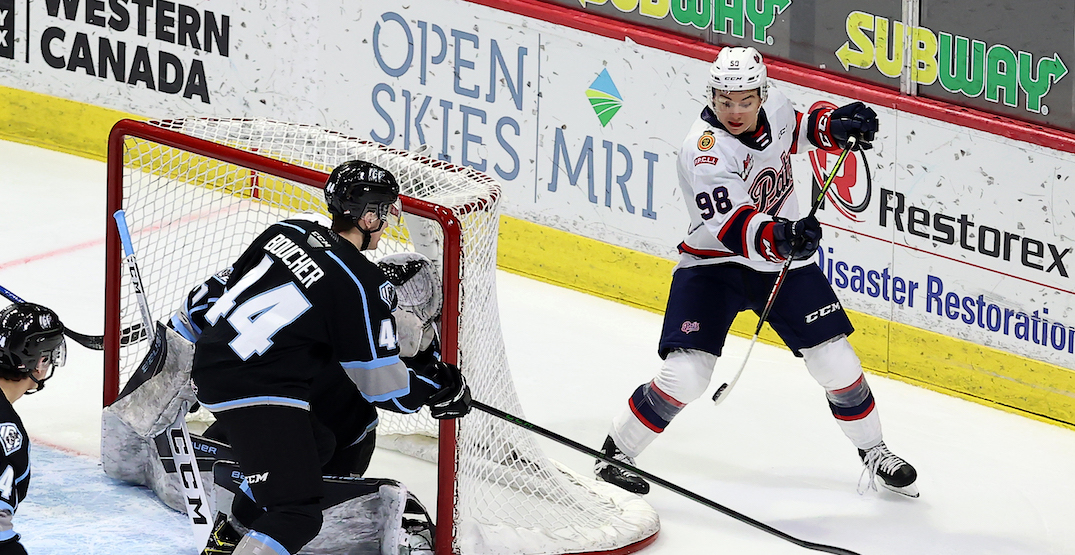 He’s only 15 years old, but many people believe Connor Bedard will be the next great hockey player.

The North Vancouver teen has completed his first season in the WHL, scoring at a higher rate than Connor McDavid did during his rookie season at the same age.

Bedard became the first WHL player ever to be granted exceptional status to play major-junior hockey at 15 years old. He is only the seventh player in CHL history to receive the distinction, joining future NHL stars like Connor McDavid, John Tavares, and Aaron Ekblad.

At such a young age and in just his rookie season with the Regina Pats, in only 15 games due to the pandemic, Bedard has put up an outstanding 28 points. By a point per game production level, he is simply the best 15-year-old to play in the CHL.

He is also top five this season in points surrounded by 2019 and 2020 NHL draft picks like Peyton Krebs, Jake Neighbours, and Ridley Greig.

😱 Fourth point in this one for @TheWHL's leading scorer.

What is most impressive is the youngster’s consistency. Bedard had a 12-game point streak to start the season, went pointless for one game, and immediately followed it up with a four-point performance and then a two-goal performance in his final game of the WHL regular season.

The main contributor to these impressive numbers is the overall package that Bedard brings.

He also showed his resilience when he finished off his WHL season this year by scoring the overtime winner just a couple of days after his grandfather passed away.

What a tribute ❤️

Bedard ended his season after only 15 games to make sure he is in position to try out for the U18 Canadian national team for the IIHF World U18 Championship, which will run from April 26 to May 6 in Frisco, Texas.

Bedard has already proven that he can not only keep up with older, stronger competition, but actively thrive against them.