A new invention from SFU has the potential to significantly reduce the number of concussions football players experience during a typical season.

Dubbed the “Brainshield,” the accessory can be affixed to any football helmet and is a light-weight “sandwich” of materials. It works by reducing rotation of the head, which is the primary cause of concussions in helmet wearers.

The Brainshield has been in development for six years. 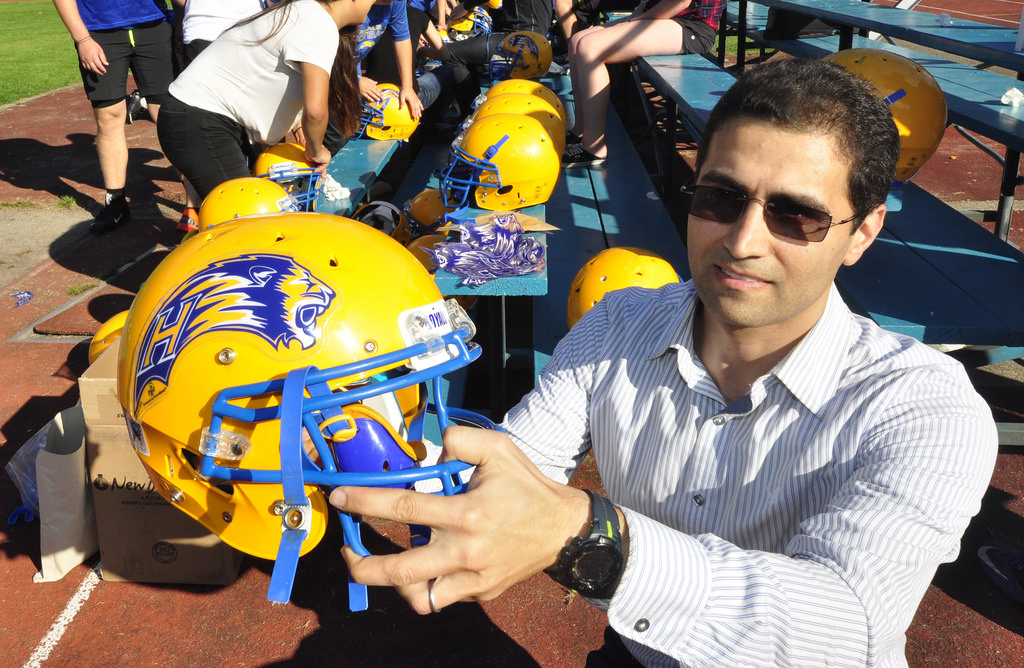 “In a collision situation, safety helmets nearly always contact the ground or other object barriers at an angle, causing both compression and swift rotation of the head,” said Daniel Abram, co-founder of the Head Injury Prevention Lab at SFU Surrey, in a statement.

“While research studies show that the brain tissues are considerably more sensitive to rotation than compression, the majority of helmets are only designed to protect the head against compression of the brain.”

The Brainshield was tested on SFU’s football team in 2014 and the number of concussions went down from 14 to just four.

That represents a 72 per cent reduction.

Other factors such as age, weight, strength, previous head trauma, location and direction of impact and whether or not it was anticipated are also contributing factors to concussions.

Abram hopes to eventually crowd fund the new invention for mass manufacturing in 2016. In the meantime, tests are continuing on football players at Handsworth Secondary School and Vernon Secondary School.