Concord Pacific has big plans in the upcoming 10 years for the last remaining large parcel of land in downtown Vancouver. The area I’m referring to is known as North East False Creek (NEFC) and according to the model above, Concord will be building approximately 20 towers (lets hope they aren’t all bland and of varying height) around BC Place and the viaducts.

The area is expected to house 7500 residents, plus have 1.8 million square feet of commercial space. Furthermore, there will be some retail at the base, which will liven things up in the that part of downtown. 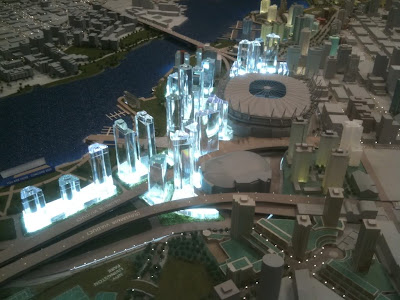 With the added density, the city will need to seriously consider a new hospital for the downtown core and perhaps more schools. I like the foot path connecting the viaducts, which will add to the accessibility of the neighbourhood by linking it with Georgia and Dunsmuir streets. BC Place is looking pretty good as well. 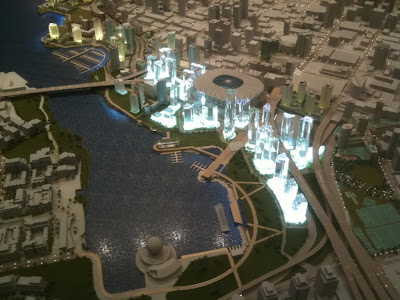