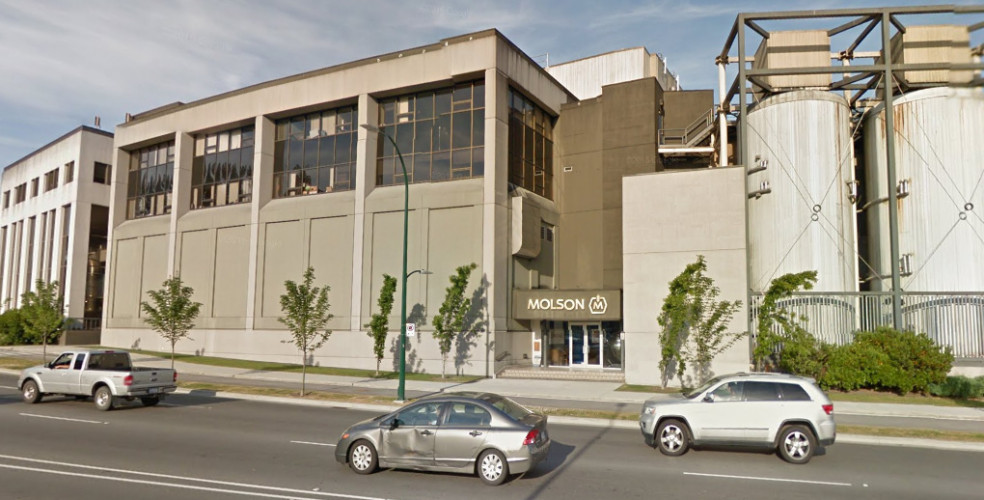 One of Vancouver’s largest real estate developers has acquired a significant tract of industrial land in the False Creek area for a massive redevelopment.

Concord Pacific confirms that it is the new owner of the Molson Coors Vancouver brewery site at the southern foot of the Burrard Street Bridge. This follows an announcement by the brewery last fall that the property had been sold and it was looking to relocate its Western Canada production hub facilities to a new state-of-the-art location in B.C.

The 7.6-acre site, which houses the large 1953-built brewery building, is framed by Burrard Street and the bridge to the west, Squamish First Nation reserve land on the north, the Arbutus rail corridor to the east, and the Seaforth Armoury to the south. The deal for the site is worth $185 million.

But the brewery will not be going anywhere until Molson Coors is able to build another production facility.

“Concord Pacific has finalized the purchase of the Molson Coors Vancouver Burrard location,” Peter Webb, Senior Vice-President Development of Concord Pacific, told Vancity Buzz. “Concord has agreed to lease back the existing property for Molson to continue brewery operations while a new brewery is being constructed.”

The developer intends to build a mixed-use development that consists of residential and high-tech, specifically the green industry, to ensure that the site fulfills its job creation mandate. There will no job losses, but rather a major net gain to establish a “sustainable tech-forward neighbourhood.”

“In the meantime, Concord plans to work with the approving authorities and the public to create a new addition to the community,” Webb continued. “The vision is to include a mixed-use residential neighborhood with a knowledge-based work centre, to attract both local and international tech firms. The re-imagined Molson lands will become a vibrant addition to Vancouver.”

Under both the policies of the City of Vancouver and Metro Vancouver Regional District, the brewery site is designated for traditional industrial uses. An amendment to the policies would be required in order for Concord Pacific to proceed with its residential and high-tech vision.

Concord Pacific also has a venture capital division that has active investments in the IT industry and owns Maximizer, a Vancouver-based IT company that produces customer management software globally.