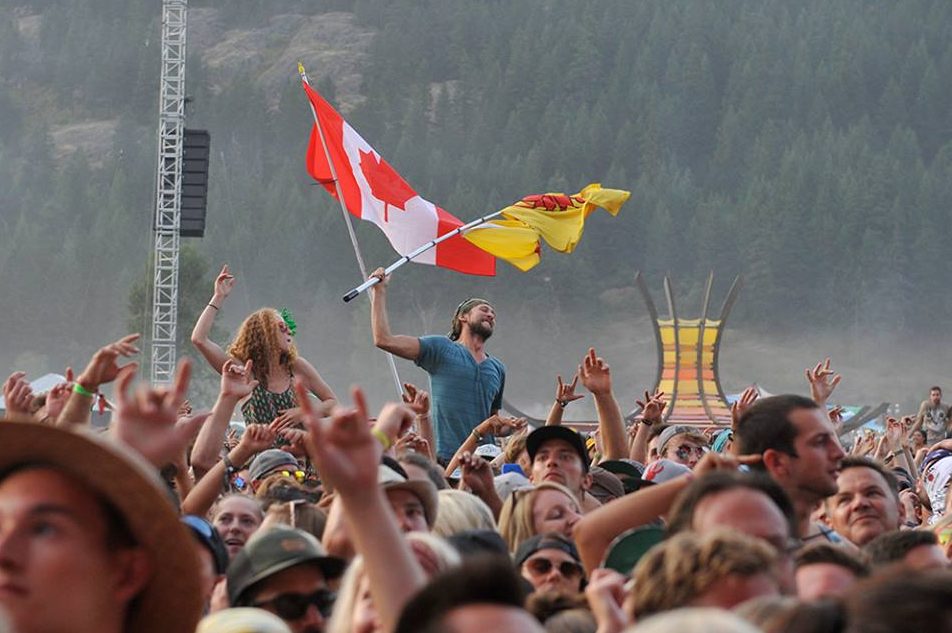 Ah, the sweet smell of summer.

Sunshine, beaches, drinks with little umbrellas, and of course, music. July offers us the return of some old faves, the discovery of the new, and our beloved music festivals. With Canada Day on the horizon, be sure to check out the free concerts on July 1, but also throughout the month at various events.

So while making your summer plans, be sure to include a show or two! Oh also, Adele is here this month.

When: Friday, July 2 between 10 am to 6 pm
Where: Canada Place, Jack Poole Plaza
Tickets: Free

As part of this year’s TD Vancouver International Jazz Festival, Grammy-Award winner Gregory Porter is at the Vogue for a rare treat. The charismatic singer/songwriter and actor is soul personified and brings a modern twist to a classic genre.

The organizers behind Biketopia Music Festival have four reasons of you to attend this year’s edition: live music, beer gardens, pedal power, and good times. The festival is presented by The Pleasant Revolution, a group of musicians involved in a 1,000 mile journey from Canada to San Francisco via bicycle. After catching performances by Heather Normandale and Kristina Bennett, attendees are invited to bike to the beach to catch the sunset.

Can’t decide what to do this Canada Day weekend? The folks at Blueprint have you covered with the second annual FVDED In The Park. Jack U and Bryson Tiller will perform on night 1, while Travis Scott and Zedd will close the event on Sunday. Fans who buy purchase the VIP Weekend Pass get special stage viewing access, complimentary food and wine, and best of all, air conditioned bathrooms.

Country music’s biggest badasses are returning to our city for the first time in three years and they’re not ready to make nice just yet. The Chicks kicked off their North American tour in Cincinnati by performing “Goodbye Earl” in front of a giant poster of Donald Trump (defaced with a devilish goatee and horns, of course).

Vancouver’s largest free music and arts festival is back again for its sixth year. More than 50 artists including Hannah Georgas and Hot Panda will perform at the Khatsahlano Street Party, which also features a slew of tasty food options and licensed beer gardens. The event is still accepting application for volunteers, and those who help out will attend an exclusive after-party.

When: Saturday, July 9, 2016 at 11 am
Where: West 4th Avenue between Burrard and MacDonald Street
Tickets: Free! All ages

California rockers We Are Scientists are back this year with their fifth studio album, Helter Seltzer, which was released earlier this year. These guys have been around since the early 2000’s, and some might remember their single “Nobody Move, Nobody Get Hurt.” Seven years later they are still banging out the hits.

Aerosmith frontman Steven Tyler is trading in his tasseled unitards for cowboy boots, but don’t think for a second that a change in genres has softened the hard rocker. Sample lyrics from his forthcoming country album, his first as a solo artist, include “When I look in your eyes, all I wanna do is bang bang baby like the 4th of July”. Luckily for Tyler, he has no concerts scheduled for July 4 but will play the Orpheum Theatre six days after that.

Alt-country band The Jayhawks have again settled their differences, having just released their ninth studio album Paging Mr. Proust with R.E.M.’s Peter Buck serving as producer. The group will be on the road for most of the summer and will wrap up their tour with four highly-anticpated shows in Spain.

We were a little skeptical when Pemby announced a lineup that felt more nostalgic than new, but we’re stoked to jump around to 90’s hip hop jams courtesy of Ice Cube, Snoop Dogg, and Cypress Hill. Also on the bill are up-and-comers like FKA Twigs and Halsey, and rock gods Pearl Jam will close the event on Sunday night. The Daily Hive will be on the scene every day of the festival, so come up and say hi!

You can always count on the folks at the Vancouver Folk Music Festival to lure an amazing array of talent to their annual event, and this year is no exception. The 2016 edition features more than 60 homegrown and international musicians including Bruce Cockburn, The New Pornographers, and Martha & Lucy Wainwright. Fans can expect the majestic Jericho Beach to look even more spectacular this year, as the grounds will showcase artwork courtesy of students from Emily Carr University.

Adele literally broke the internet last December when tickets for her North American tour went on sale. More than 10 million unique customers crashed Ticketmaster as soon as seats became available, leaving fans empty-handed and ticket scalpers rolling in the dough. Sounds criminal, but one listen to the singer’s 25 and you too will find yourself pondering a second mortgage on your house.

Fans who missed out on Ian Thornley’s sold out show at the Commodore Ballroom last March can breathe easy, as the singer returns to Vancouver July 22 as part of Big Wreck. The band’s 2014 release Ghosts received a Juno nomination for Best Rock Album and peaked at number 5 on the Canadian Albums Chart.

It’s been a remarkable year for the Martins – Steve was nominated for two Tonys or his musical Bright Star while Short’s NBC variety show Maya and Marty is a bonafide hit. There’s no telling what kind of wild and crazy shenanigans the guys have planned for their Vancouver fans on July 22, but we can’t wait to find out.

Toronto’s electronic band Crystal Castles return to Vancouver after a shaky end to 2014. Then-vocalist Alice Glass departed from the group, and only in April 2015 did the band resurface with new vocalist, Edith. With three studio albums, and two singles last year, this should be one great night.

The City of Surrey’s Fusion Festival brings a multicultural line up to this year’s festival. The line up includes Maxi Priest, Alex Cuba, The Boom Booms and the rocking Delhi 2 Dublin.

Millions of Canadian hearts were broken in May when the Tragically Hip announced that lead singer Gord Downie was diagnosed with terminal cancer. The band has decided to embark on one final tour to celebrate the singer’s life, and both Vancouver dates sold out within minutes of going on sale. Their Man Machine Poem Tour will conclude in Kingston, Ontario where Downie grew up.

Canadian cutie-pie Shawn Mendes garnered major media attention after performing cover songs on Vine three years ago, becoming the third-most followed musician on the app within 12 months. Mendes released his debut album Handwritten in 2015 which features hit single “Stitches” and “I Know What You Did Last Summer,” a collaboration with Fifth Harmony’s Camila Cabello.

American singer-songwriter BJ The Chicago Kid may seem like he’s the new kid on the block, but the Chicago native has been a writer for R&B artists for a while. His second studio album, In My Mind, came out in February, and he’s now on a North American tour.

Burnaby gets a double dose of hipster fun when Weezer and Panic! At The Disco take over Deer Lake Park on July 28. Rivers Cuomo and the rest of Weezer are still going strong, having released another self-titled album (their fourth) in April. Panic!, however, is more of a one-man operation these days with singer Brandon Urie being the only “official” member of the group.