The sun was making its descent over a glittering Okanagan Lake as the audience began to take their seats amongst the lush grape groves and pink roses of CedarCreek Estate Winery’s picturesque pavilion. Any haze from the wildfires had burned off, and just in time, as August 27 marked the vineyard’s last show of their TELUS Sunset Concerts at CedarCreek Estate Winery for the summer — Tom Cochrane and his band, Red Rider.

CedarCreek, celebrating their 12th anniversary of the series this year, donates all proceeds of their concert sales to Kelowna’s Rotary Centre for the Arts and have successfully raised over $50,000 for the valley’s arts community. As a Canadian Music Hall of Famer, an Officer of the Order of both Manitoba and Canada and a huge advocate for Canadian community (“Big League” really says it all), Cochrane and CedarCreek were a perfect pairing. 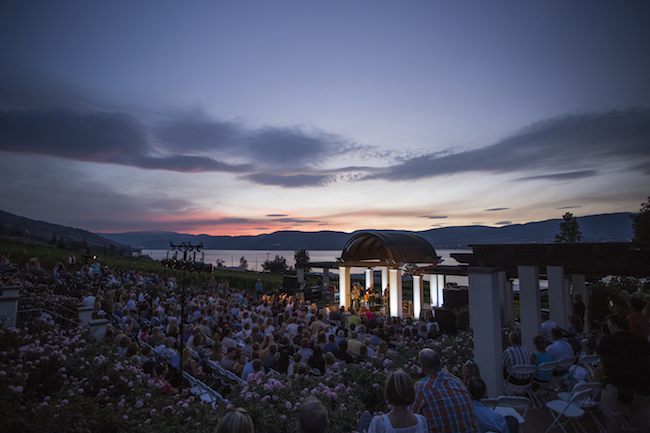 “How beautiful is this?” Cochrane said as he walked onstage, looking up at the colourful sky. Without further ado, he opened with — appropriately — “Sinking Like A Sunset.” His voice was as husky and melodic as ever, agelessly hitting those high notes on the na-na-na’s.

The heartland rock icon’s over two hour set explored the length of his extended catalog, playing hits from early days with Red Rider (“Victory Day,” “Boy Inside The Man”) to his lone “Mad, Mad World” days (“No Regrets”) to his most recent album, “Take It Home” (“Diamonds,” “Country Girls Never Get Old”). He leaned into his guitar, delivering exciting solos like on “White Hot,” which saw him and original Red Rider member and pedal steel guitarist Ken Greer play towards each other in an electrifying prolonged jam. 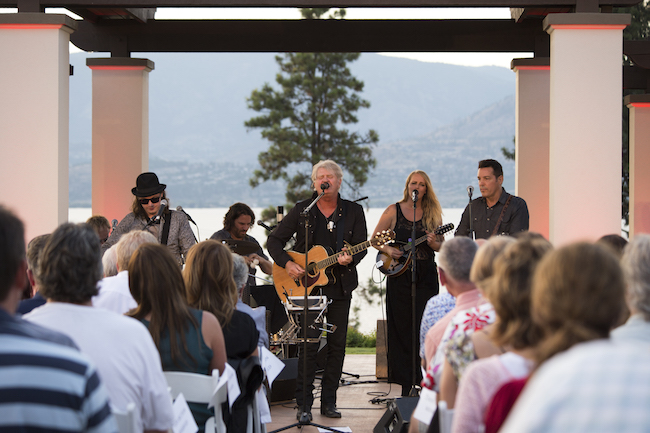 Sentimental moments were peppered throughout Cochrane’s performance, with anecdotes about life on the road and playful jabs at his bandmates giving the atmosphere a wash of familiarity. A tender rendition of “Dreamer’s Dream” had Cochrane alone with his acoustic piece and a harmonica — prompting his wife, Kathleene, to run onstage after the last note to give her husband a quick kiss. “Good Times” seemed to symbolically represent Cochrane and Greer’s time together, the track gently stripped down and performed by just the two of them.

Cochrane closed with a boisterous execution of “Life is a Highway,” which had the audience singing along and dancing wildly at the front of the stage, erupting at the harmonica solo. Cheers and chants led to a double encore of “Lunatic Fringe” and “Another Year,” with wistful keys nicely concluding a high-spirited evening full of good times indeed.