To the outside world, it may have been a regular Tuesday night in the city. But inside the Orpheum Theatre, Sufjan Stevens whisked away a sold-out crowd through an honest, emotional two-hour journey of melodic moving lyrics and tales of his childhood.

Five years since his last stage appearance in Vancouver, the supremely talented American singer-songwriter returned to play his entire new album “Carrie & Lowell,” along with fan favourites from past ones including “Illinois” and “Seven Swans.” Although “Carrie & Lowell” marked the return of Stevens on his banjo (after taking an electronic approach on his 2010 album “The Age of Adz”), this latest album is undeniably dark, intense, and at times, heart-shattering. “What is that song you sing for the dead?” he sings softly, during ‘Death With Dignity’, the opening track on the album, and the second track of the evening. “I forgive you, mother, I can hear you, And I long to be near you,” continues Stevens – as he sang to the silent, seated, attentive crowd. 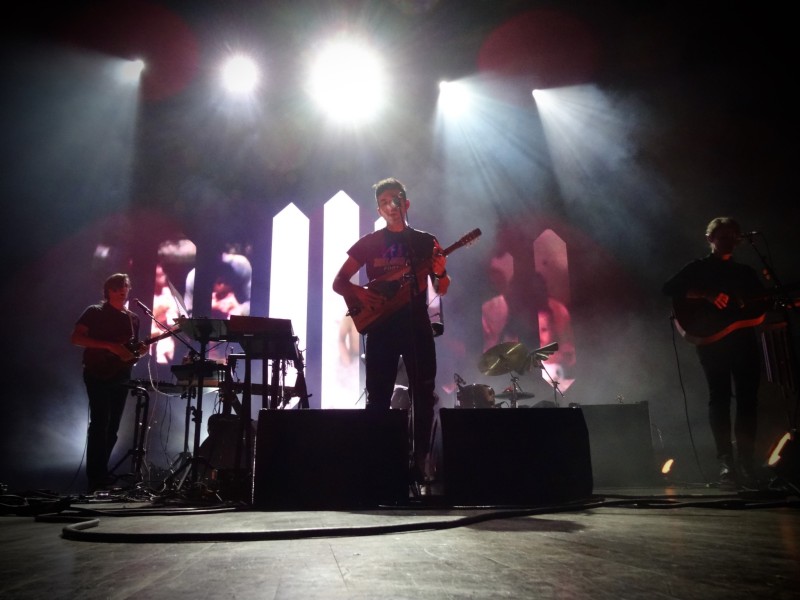 On stage, Stevens was joined by a four-piece band, and behind them a backdrop with visuals of home movies (assumingly) from Stevens’ childhood, scenes of beachfronts, and sunsets. Stevens sang so softly sometimes, it felt as though he was whispering vulnerable secrets. Through ‘John My Beloved’ and ‘The Only Thing’, so much of his tormented self was reflected in his voice and words, it was hard to miss the dark lyrics. The crowd applauded loudly after each track, but was almost held their breath in unison as Stevens sang – especially during his solos.

By midway through the show, he had not said one word to the crowd. Then he reached for a green hat and said, “thank you. I’m not allowed to talk til I put on the green hat.” Fans laughed briefly, as Stevens began to talk about death, and meditating on death. “In one’s life, one must come face to face with his or her maker,” he said. With “Carrie & Lowell” being an album that is death-themed, and named after his deceased mother and stepfather, it was no surprise death was tonight’s stage topic of discussion.

In his deep voice, Stevens told stories of his childhood, where his family lived, and of pets he had as a child that had died. The stories went on, and we happily listened, as it turns out our favourite singer-songwriter has one heck of a sense of humour about life. It might be tough to believe, but among his philosophies about “having the courage to live without the fear of death,” Stevens cracked many jokes to lighten the mood. 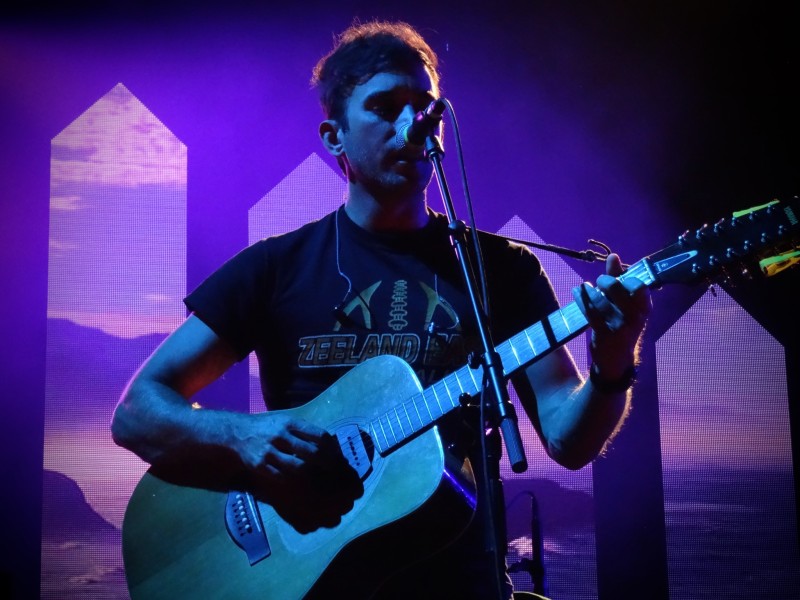 A remarkable, and more upbeat, ‘Blue Bucket of Gold’ ended the main set with a light-heavy extended electronic outro, one leading to a well-deserved standing ovation. And as the show neared its conclusion, and we attempted to pick up the pieces of our shattered hearts in our seats, Stevens helped console our emotions by playing fan-favourites ‘To be Alone with You’, and closed his beautiful set with 2005 hit ‘Chicago.’

Sufjan Stevens was a musical experience that was tough to put in words. The combination of his stage demeanor, soft singing voice, multi-instrument talent, exquisite lyrics, good-looks, and subtle dance moves (yes, we saw some) took us on an unexpected personal journey last night. And it is one we will not soon forget. 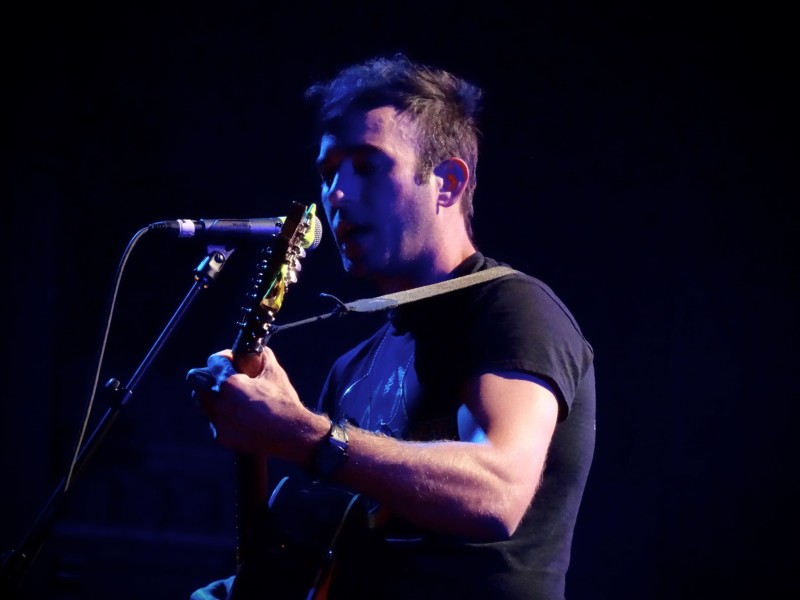