Rock & Roll Hall of Famer Paul Simon captivated a packed Queen Elizabeth Theatre last night with a fantastic set that was light on new material and heavy on sentimental favourites.

The pint-sized singer-songwriter was in Vancouver plugging his latest CD Stranger to Stranger which doesn’t hit stores until June 3. Simon has been working on the album for five years and collaborated with producer Roy Halee, who recorded demos for Simon and Garfunkel more than 50 years ago.

A handful of songs from Stranger to Stranger, including the title track, were performed last night to a so-so response, but the crowd was on its feet for familiar, feel-good hits like “You Can Call Me Al” and “Diamonds on the Soles of Her Shoes”.

Simon was backed all night by a phenomenal nine-piece band that included bassist Bakithi Kumalo who played on 1986’s Graceland. But despite all of the action on stage, the show felt completely relaxed and intimate. It’s rare to see a star of Simon’s caliber playing theaters instead of arenas – this is the same guy who played to an estimated 500,000 people at a Central Park concert with ex-pal Art Garfunkel. 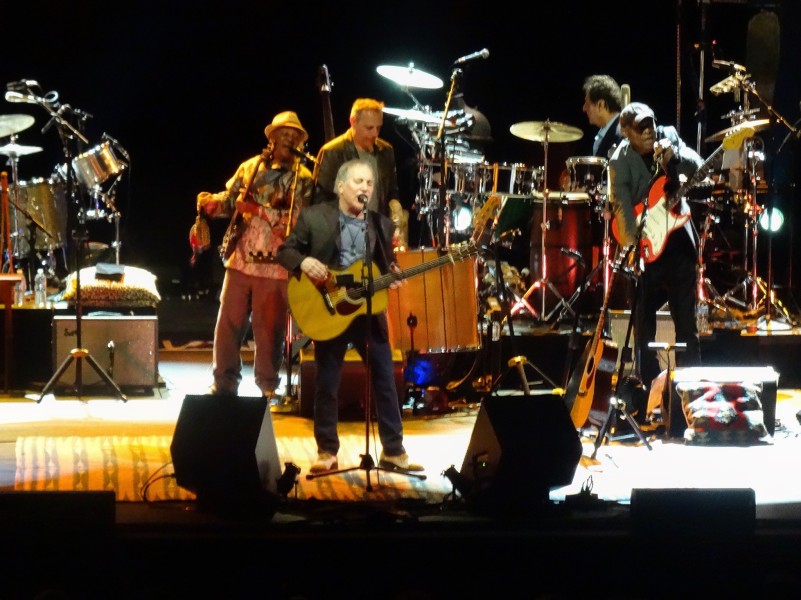 Vancouver fans jumped at the chance to see the small star in a small setting, with tickets to last night’s show selling out just hours after they went on sale. Simon opened with a one-two punch of “The Boy In The Bubble” and “50 Ways To Leave Your Lover” and was greeted to a chorus of “I love you, Paul!”s from the front row.

“Now you tell me,” he replied. “After all these years.”

Simon nicely filled the gaps between tracks with stories from his illustrious career, like the time he wrote a song after meeting a witch doctor in Manaus.

“Many years ago, I took a trip sailing down the Amazon river,” he told us. “The captain of the boat said ‘in a couple of villages further, there’s a brujo – a medicine doctor. If you’ve got some aches or pains or some illness you want to see him for, we can stop there’. So I said ‘yeah!'”

Simon told us he was offered a special brew made from vines and leaves but was warned by the doctor that he would “probably see the anaconda” shortly after ingesting the concoction. “But don’t be alarmed – it’s in your head,” the doctor told him, to which Simon replied “yeah, let’s drink up.” 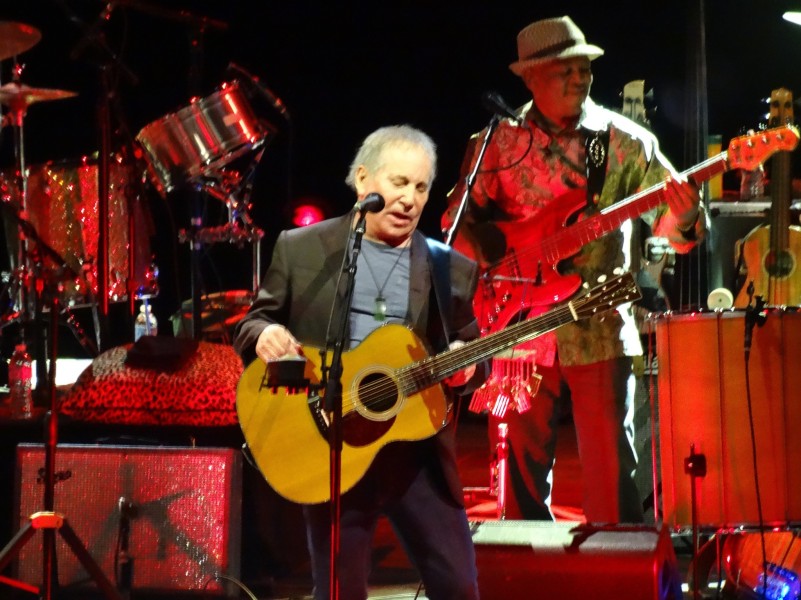 While the show was loaded with hits from the singer’s six decade-long career, those who came expecting a Simon and Garfunkel retrospective were left disappointed. “Homeward Bound” and “El Condor Pasa” made the cut, but “America” was nowhere to be found. Also missing was “The Sound of Silence”, an odd omission seeing as how a cover of the song by rock band Disturbed is currently climbing the charts.

But most of the Vancouver crowd were thrilled with the choices Simon made, save for one young fan near the stage who requested that he sing a tune from The Lion King.

“Wait a minute, what? What did you ask me to play?” Simon asked her. “I didn’t write The Lion King.” Instead, he closed the show with stirring versions “Still Crazy After All These Years” and “The Boxer” that kept the audience on their feet well after the star exited stage left.