Fans of Adventure Club had been waiting for months for their return to Vancouver, and their wish was granted last weekend at the sold out show on Friday night. Adventure Club, along with Expendable Youth and Vanic, took the stage at Commodore Ballroom, giving local EDM fans a solid start to the sunny weekend.

Starting the evening’s beats was Expendable Youth, a Vancouver duo under the Mad Decent label and a Blueprint resident DJ. These guys have played big and small venues around the city, and have always managed to pump up the crowd. Following Expendable Youth was an energetic set by Vanic. Also a Vancouver local, Vanic’s SoundCloud page describes his set perfectly, “I make music and people dance to it.” Vanic’s mixes of Birdy’s “Skinny Love” was very well-received, but his dubstep mix of Taylor Swift’s “Trouble” was definitely a crowd fave. The audience sang along loudly and danced swiftly to the major pop hit. 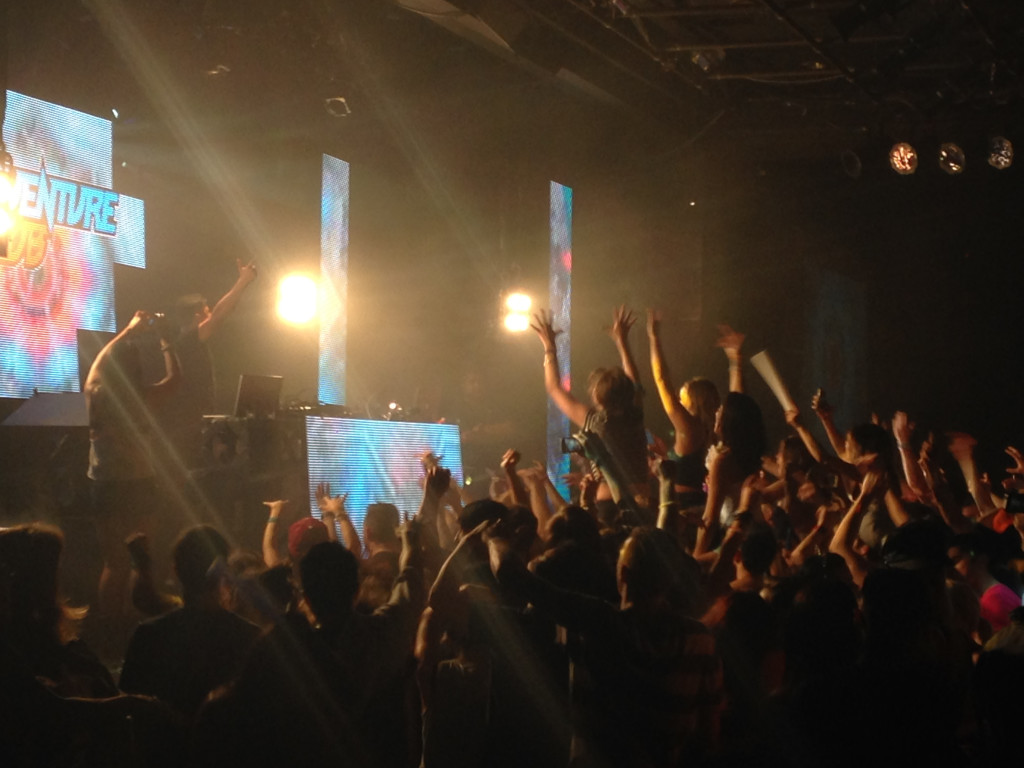 Close to 1 a.m., Adventure Club hit the stage by storm, and even hours into dancing, the EDM crowd went wild. Usually a duo, the stage clearly rocking just one of the two members, but fans were pleased nonetheless by Prodigy’s 90s hit “Breathe” at the start of the set. Their set included some of the fan faves: Ellie Goulding’s “Lights” and Florence and the Machine’s “Sweet Nothing.” To my happy surprise, Adventure Club played a melodic dubstep version of Drake’s “Too Much,” and Kaskade’s “Last Chance.”

The dance floor was filled with glowsticks and phones raised to snap videos and photos as the bass beats to Foxes’ “Youth” filled the Ballroom. Among the jumping and arm raising fans was a sole crowd-surfer, although they didn’t get too far in the surf. The enthusiastic crowd sang and danced to the early morning hours, especially through Flight Facilities’ “Crave You” which was mixed in with a little “Summertime Sadness” by Lana del Rey. From start to finish, the sold out crowd did not stop dancing and cheering- a clear sign of a successful show, solo or not, the fans were happy with Adventure Club that night.